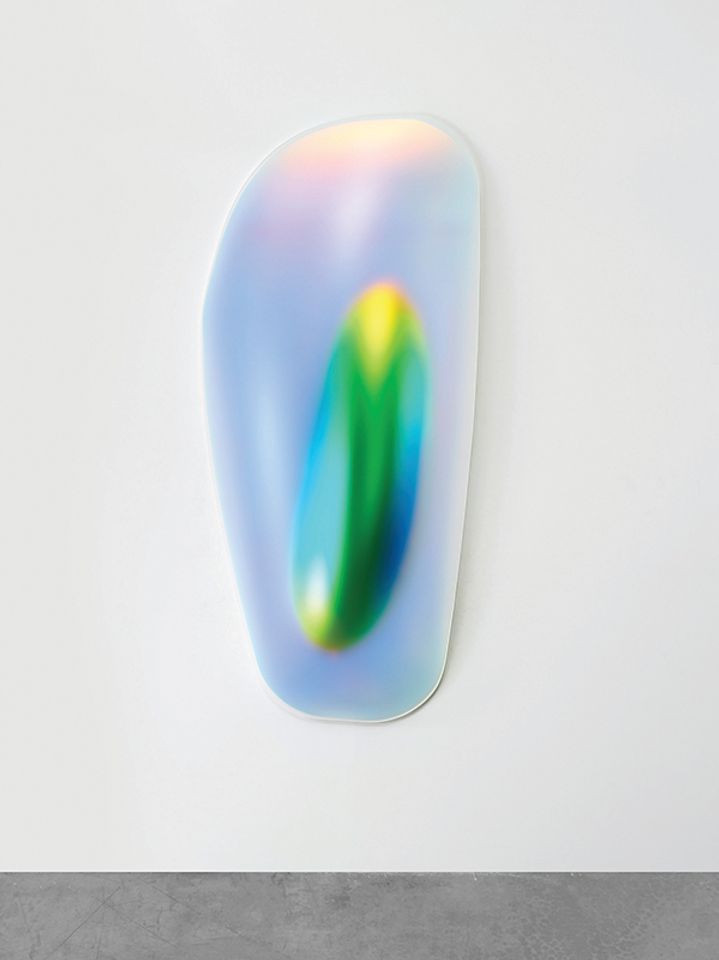 Colon’s glowing, amoebic sculptures are a satisfying rejoinder to the legacy of Light and Space and hard-edged Finish Fetish art from the 1960s, by artists such as John McCracken and Colon’s mentor, DeWain Valentine. For her second exhibition with Rosenstein, Colon presents fresh works that embrace those Space Age aesthetics—one carbon fibre piece measures 15 feet high. However, she sweetens them with softer edges and a feeling for the organic. Formerly an abstract painter, Los Angeles-based Colon remarkably started to concentrate on sculpture only six years ago, developing a proprietary fabrication method. Prices range from $25,000 to $175,000. 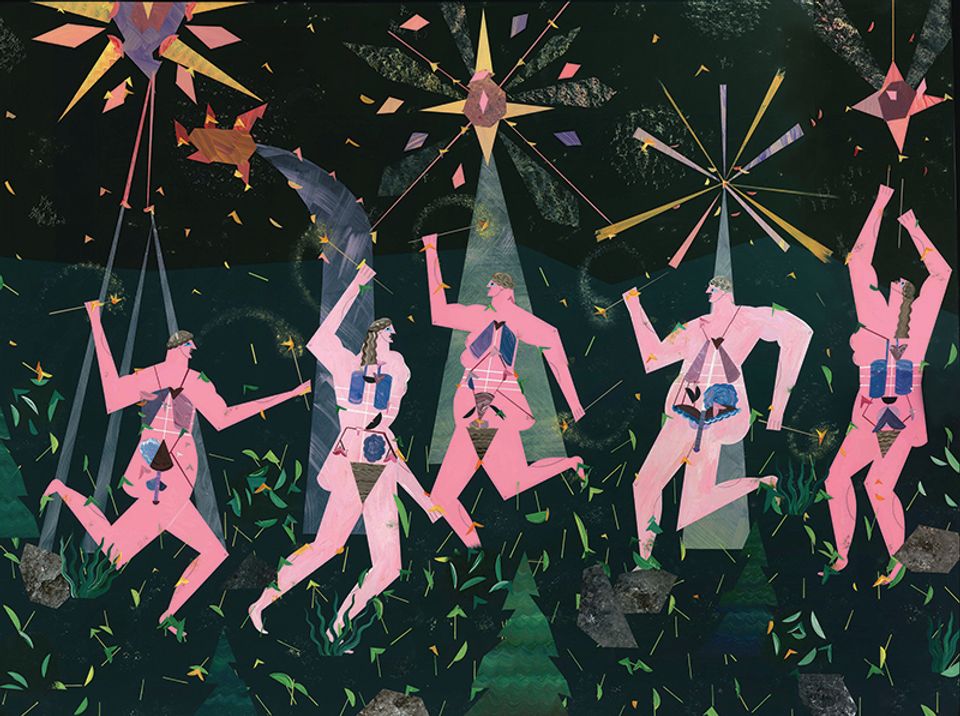 Andrea Joyce Heimer, My brothers and sisters and I will have the same framework if I can find them. (2017) Nicelle Beauchene Gallery

An inventive storyteller whose flat-figured paintings splice personal memory and art historical references, Heimer has idiosyncratically absorbed the vocabulary of ancient Greek antiquities, Persian miniatures and Medieval illuminated manuscripts to dark and funny effect. Her childhood in Montana in the 1980s is also a repeated, if somewhat cryptic, refrain throughout the work. The “self-taught” (by her own description; she holds an MFA) artist is sometimes compared to “outsider” art stars like Henry Darger, Bill Traylor or Grandma Moses (Heimer has exhibited at the Outsider Art Fair in New York). However, acrylic and pencil works such as My Brothers and Sisters and I Will Have the Same Framework... (2017) nod equally to Matisse’s joyfulness. Prices range from $3,500 to $7,000. 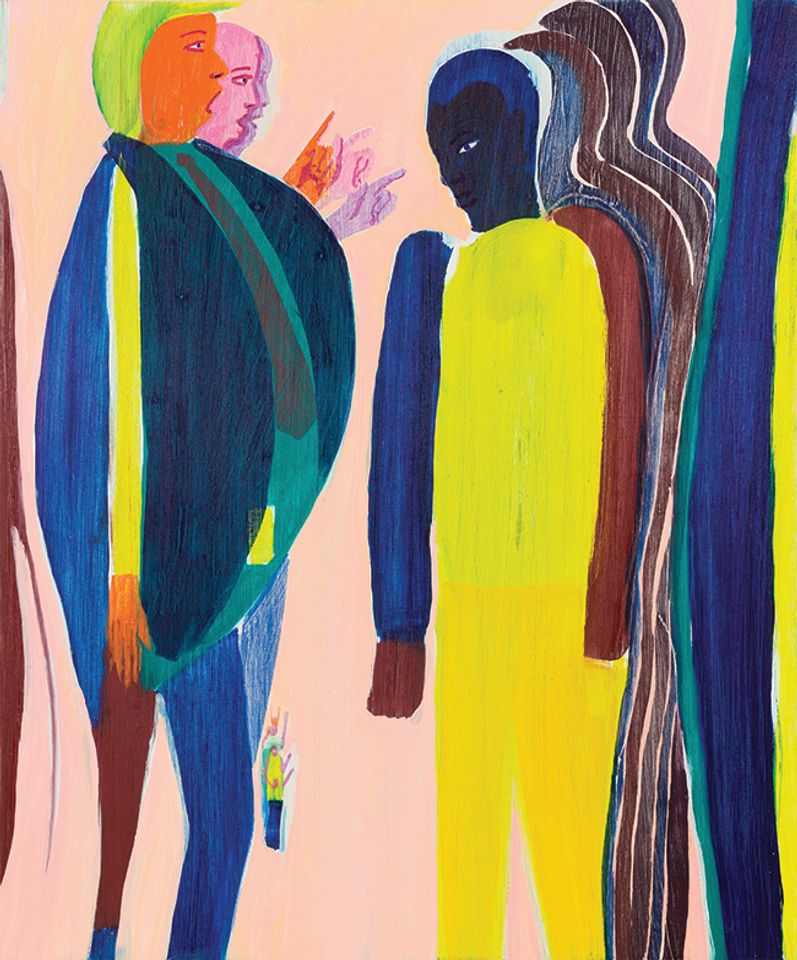 Political unease animates de Balincourt’s most recent paintings at Miro’s Mayfair gallery, which is not exactly unusual for the Brooklyn-based French-American. Even as his accessible works appeal to the eye with their pleasingly bright palettes and surreal whimsicality, he frequently taps into our collective angst and anger (see his works from the Iraq war period in the early 2000s). The same is true of these dozen or so oil paintings: Cave Country (2017) hints at a Plato-inflected commentary on the US and its reality-TV president, while Repeated Histories (2017) addresses racism and includes a carrot-coloured portrait of Donald Trump. Prices range from $40,000 to $110,000.