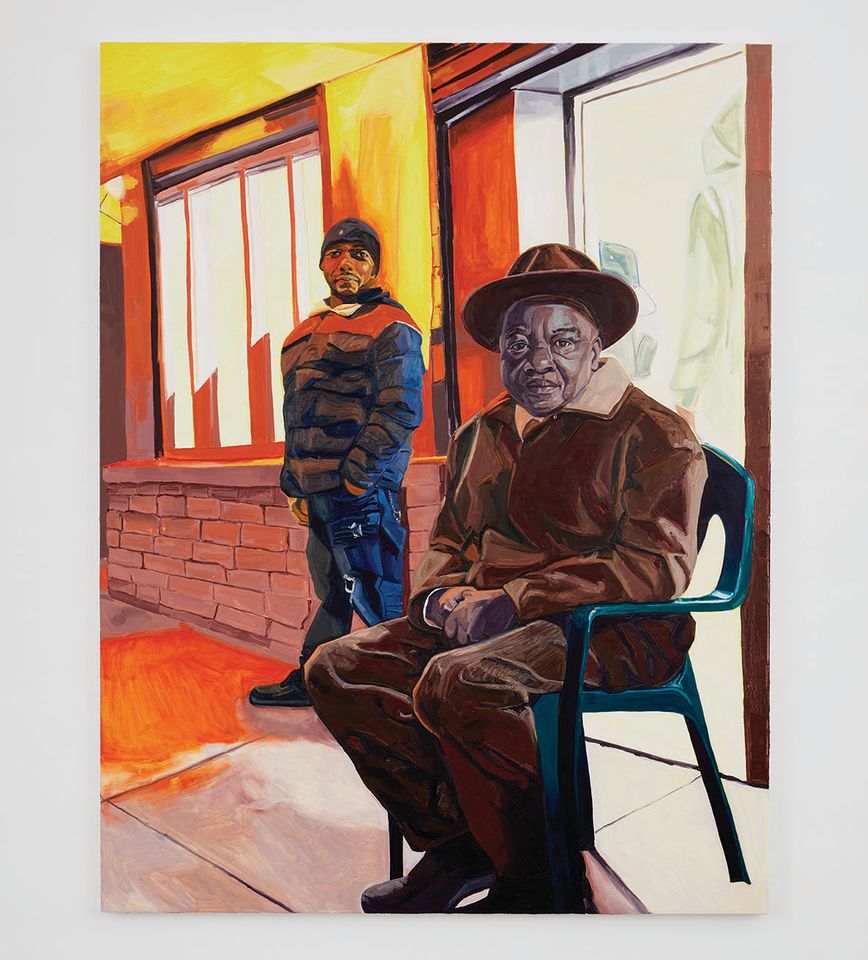 The 28-year-old Casteel has her debut at Kaplan following a packed dance card of group shows over the past two years, from the Studio Museum in Harlem to Mass Moca. The 2014 Yale MFA grad (raised on a diet of Romare Bearden and Jacob Lawrence by her grandmother, a collector) makes empathic, large-scale portraits of black men and recently began painting from portraits she takes of men she observes on the street in Harlem at night. In one, Casteel locks eyes with Harold, seated just beyond the fluoro glow of a Laundromat; in another, a man identified as Tito interrupts his own story to describe it with a gesture. Casteel allows the visual cacophony of settings to envelop but never swallow her subjects. The artist inserts herself invisibly into the frame, bearing witness through achingly specific details—a trait shared by another painter of Harlem denizens, Alice Neel. Prices range from $18,000 to $36,000. S.P.H. 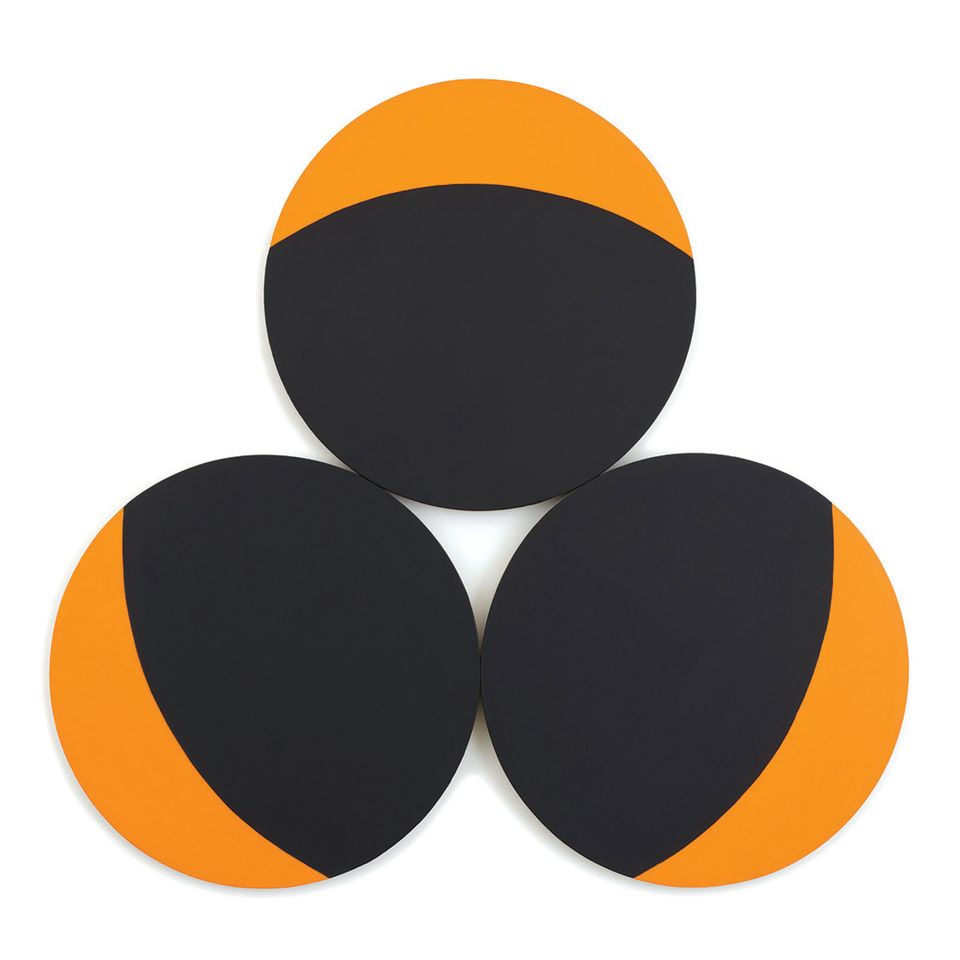 In cooperation with the Leon Polk Smith Foundation and Washburn Gallery, Lisson mounts a show of little-seen works by the hard-edge Minimalist. In these Correspondences from the 1960s and early 1970s, Smith applied his strident, geometric forms—his interest in which was initially inspired in the 1940s, he wrote, by images of balls in a sports catalogue—to shaped canvases in saturated colours, which appear here in clusters sliced by a continuous line. The foundation, with the collectors Jeanne and Michael Klein, recently gave seven works to Austin’s Blanton Museum of Art, acknowledging the link between Smith and the museum’s collection of Latin American avant gardists. The show is accompanied by a catalogue featuring newly released archival material and an essay by John Yau. Prices range from $200,000 to $750,000. S.P.H. 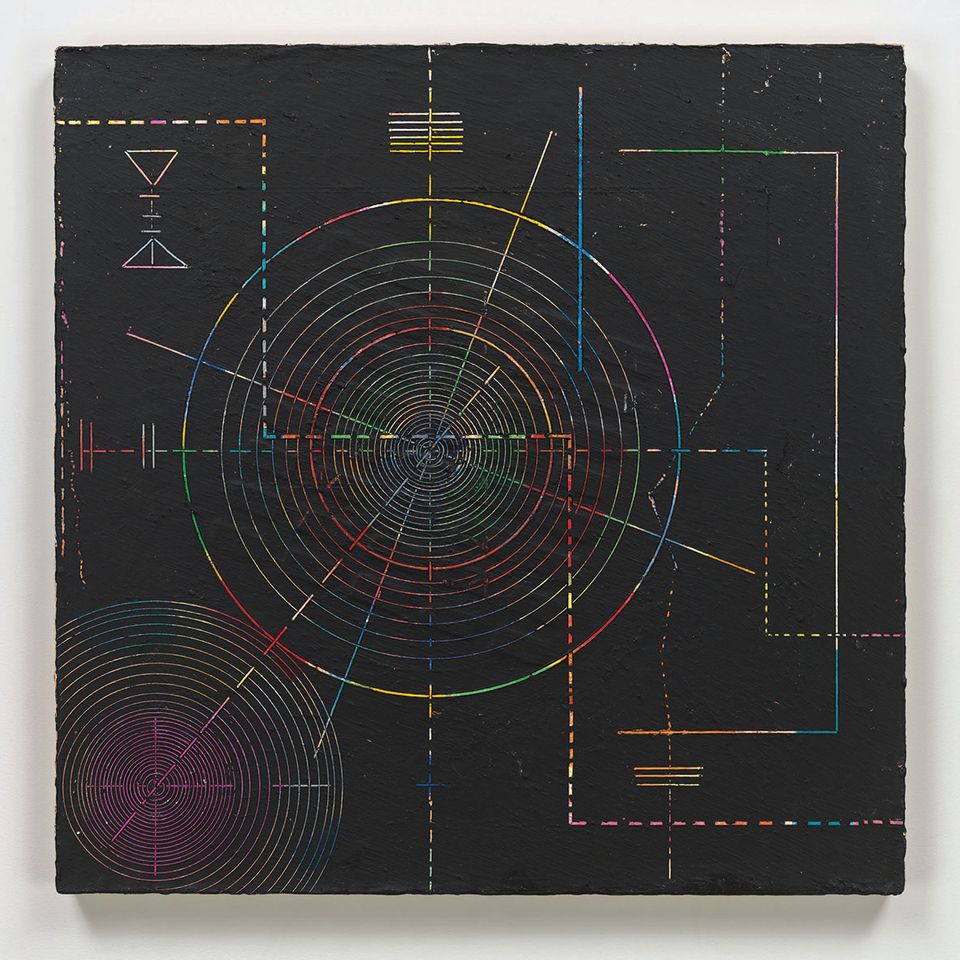 Jack Whitten:More Dimensions Than You Know

The bold, richly worked surfaces of Whitten’s abstract paintings are a high point of Tate Modern's Soul of a Nation: Art in the Age of Black Power (until 22 October). In contrast to the overtly political work of many African-American artists during the 1960s to 1980s, Whitten, born in segregated Alabama in 1939, concentrates on gesture and material, his method underpinned by an engagement with metaphysics and science. Throughout his five-decade career, Whitten has experimented both with collage and paint, using squeegees, combs and other tools; the works in this show, selected by Richard Shiff, focus on the period from 1979-89. The artist was represented by New York gallery Alexander Gray Associates from 2007 to 2015, rising to international prominence, and from 2014 to 2016, a Whitten survey toured US institutions. In 2015, the artist joined Hauser & Wirth; this is the gallery’s first London exhibition of his work. Prices range from $95,000 to $500,000. A.B.