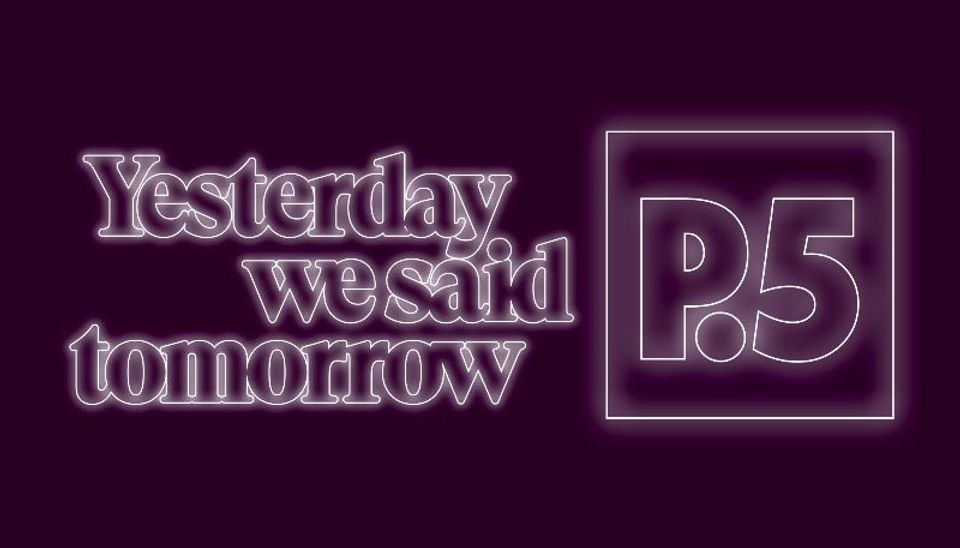 Yesterday We Said Tomorrow, the Prospect triennial’s fifth edition, will now open in 2021

Prospect New Orleans announced today that they are postponing their forthcoming triennial, Yesterday We Said Tomorrow, for a full year as a result of the coronavirus outbreak. The city-wide exhibition, which will be the triennial’s fifth edition, has been rescheduled to open on 23 October 2021 and will run through 23 January 2022.

When asked how this year-long postponement may affect the triennial, Prospect New Orleans’s executive director Nick Stillman says: “I expect the atmosphere to be the primary thing that will change. Prospect is always an electric atmosphere, but the sense I get from colleagues, artists, and the community is that our city will be hungry for a cultural event that feels celebratory, challenging, and reflective of a cultural era that somehow feels both unthinkable and entirely foreseeable.”

“What will absolutely not change is Prospect's ability to congregate the art world and citizens at large to celebrate and reflect on New Orleans,” Stillman adds, “a beautiful and complex city that once again is a focal point of a tragedy that will never be forgotten.” The city was an epicentre for coronavirus outbreaks, accounting for most of the 26,000 cases and 1,600 deaths in Louisiana. The historic annual New Orleans Jazz and Heritage Festival, which was due to open for its 51st year this weekend, has also been rescheduled to the autumn, although specific dates have not yet been released.