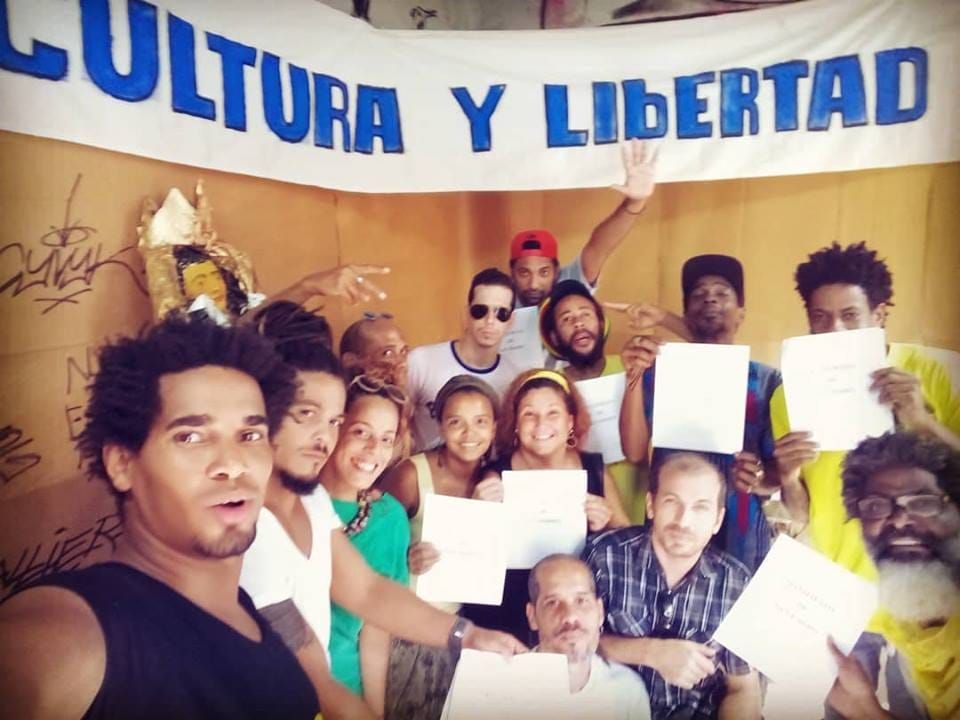 A month ahead of the Havana Bienal, and just a week after Cuban voters approved a new constitution affirming one-party rule, artists and civil rights groups continue to campaign for the repeal of the controversial Cuban law Decree 349, which they say will further censor artistic dissent in the Communist-run country.

The new legislation, which went into effect last December, “greatly exceeds any legitimate attempt to regulate the artistic sphere in Cuba. Instead, it appears to be a governmental attempt to control all artistic expression in the country,” according to a report issued on Monday by the Artists at Risk Connection, a project of the non-profit Pen America, and the legal group Cubalex. “Through its mandatory registration scheme, its newly created inspectors with unrestricted power to penalize artists and creative expression, and its long list of prohibited content, the decree brings the state of artistic censorship in Cuba to new lows.”

In an opinion piece for the New York Times in Spanish, the activist-artist Tania Bruguera, writes: “The most refined expression of the violence of the Cuban State is self-censorship. As Cuban officials like to say, censorship exists throughout the world. Yes, but in Cuba it is total. It covers all aspects of your life and also those around you. Its objective is to destroy collective self-esteem.”

Brugera was arrested multiple times last year, along with other artist protesting the decree, which would require artists to be evaluated and registered by the government, and proscribes punishments against those who do not comply, including fines and the seizure of equipment and materials. Following widespread public criticism, the Cuban government seemed to back down from the restrictions, with the country’s vice-minister of culture, Fernando Rojas, saying that the “supervising inspectors” created through the new law to review cultural events will only be able to act once certain regulations are put in place, and that they will only be able to shut down shows “in extreme cases, such as public obscenity, racist or sexist content”.

“Since he decree was issued, the government still has not announced the complementary regulations needed for its full roll-out,” says Julie Trébault, the director of the Artists at Risk Connection and a co-author of the report with Laritza Diversent, Laura Kauer García and Andra Matei. “Cuba’s official biennial is coming up, so we believe that this is a crucial time to raise awareness of the plight of artists in Cuba and to support artistic freedom. We are publishing this now to make sure that the world’s attention doesn’t turn away from the artists protesting and calling for its repeal.”

Those artists also sent an open letter to the participants of the official Havana Bienal, due to open 12 April, asking them to act in solidarity against the law. “You can invite one of the artists affected by the decree 349 to work with you during your presentation at the Havana Bienal; or you can share part of your exhibition space or stage if you are participating in a public event,” the letter states. “You can wear ‘No to Decree 349’ t-shirts while in Cuba to show support for our cause. You can visit us in our home studios to learn more about our efforts.”

Despite reported intimidation and threats from government officials, the protesting artists remain undaunted, and the Artists at Risk report includes interviews with several of them. Yanelys Nuñez Leyva and Luis Manuel Otero Alcántara, the co-founders of the Museo de la Disidencia and organisers of the #00Bienal de La Habana, say the decree, “is not cultural policy but a political tool, [and] was issued because both the government and the people know that the independent art sector is rising and growing strong”.

The poet and photographer Ariel Meceo Tellez says that he—like many other artists quoted in the publication—learned about the law in La Gaceta Oficial, a publication issued by the Cuban ministry of justice that is scarce in print and difficult to navigate online due to limited access to the internet on the island. “Despite Castro officially stepping down and the many changes that have happened in Cuba, the government wants to continue to govern by decrees,” he says. However, Tellez shows no sign of reining in his dissent: “If I do anything differently, it will be to create work with an even stronger message”.