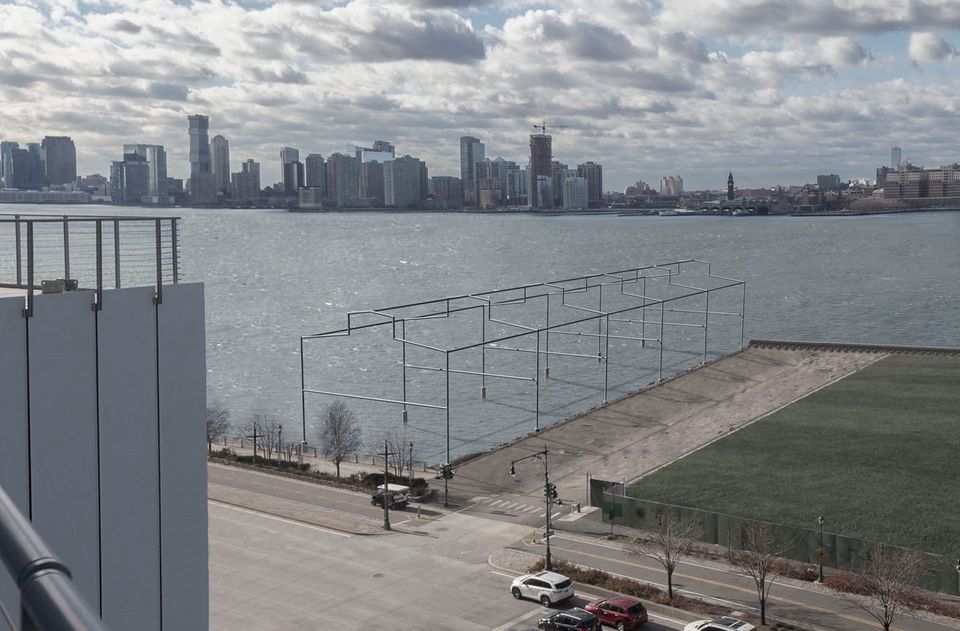 A public review process launched on Wednesday (20 June) for the Whitney Museum’s proposal to install a permanent work of public art by David Hammons on the Hudson River at the site of the former Pier 52. Members of the community now have 60 days to review the plans on the Hudson River Park Trust’s website, as well as research into the installation’s expected impact, and can share their comments and questions at a public hearing due to be held at the museum on 23 July.

The Whitney first revealed its proposal to the public at a community board meeting last year, where its director Adam Weinberg explained the inspiration behind Hammons’s Day’s End, a “ghost monument” to Gordon Matta-Clark’s architectural intervention on an abandoned warehouse. The sculpture, a stainless-steel frame of the building installed on 8-inch concrete pylons embedded in the river, “would be placed at the precise historic location of its famous namesake, outlining the exact dimensions of the former Pier 52 shed where Matta-Clark created a ‘sun and water temple’ filled with undulating light,” according to a joint statement from the museum and the trust. 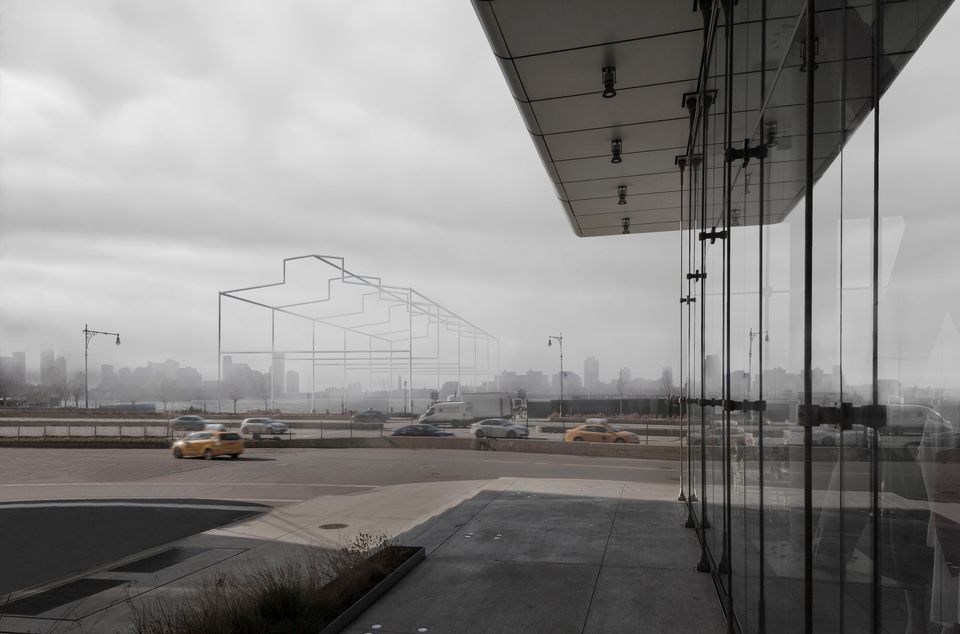 “Employing the thinnest possible support system and appearing as a pencil sketch in the sky, Day's End would extend over the water”, according to the statement, seeming to float along the southern edge of the Gansevoort Peninsula and across the highway from the Whitney Museum. At the hearing last year, Weinberg called the work “a drawing in space that has an evanescent quality”, adding: “You have a sense that this is something that was always there… yet it sort of disappears a little bit.”

The Whitney will cover the fundraising costs and long-term upkeep of the work, including creating a $25,000 escrow fund for annual maintenance, but after it is installed Day’s End will become part of the Hudson River Park’s property. Although an overall project budget has yet to be released, a spokesman for the Whitney confirms that the museum has requested a total of $5m in capital funding for the project from New York City, but that most of the costs would be raised privately.

“We are deeply grateful for the support Day’s End has already received from neighbourhood, LGBTQ, arts, historic preservation and environmental groups, and we look forward to the next steps in this exciting project," Weinberg says in a statement. “As part of our move downtown, we committed to giving back to the community. Our hope and our goal is that this extraordinary art installation would bring a part of this neighbourhood’s creative history to life and be an important contribution to our community and the city.”

“We’re looking forward to hearing from the community about this site-specific proposal, which would reflect the southern edge of Gansevoort's physical and artistic history and role in the working waterfront,” says Madelyn Wils, the president and CEO of the Hudson River Park Trust, in a statement. “We think it’s an inspiring idea and are hopeful our neighbours will agree.” 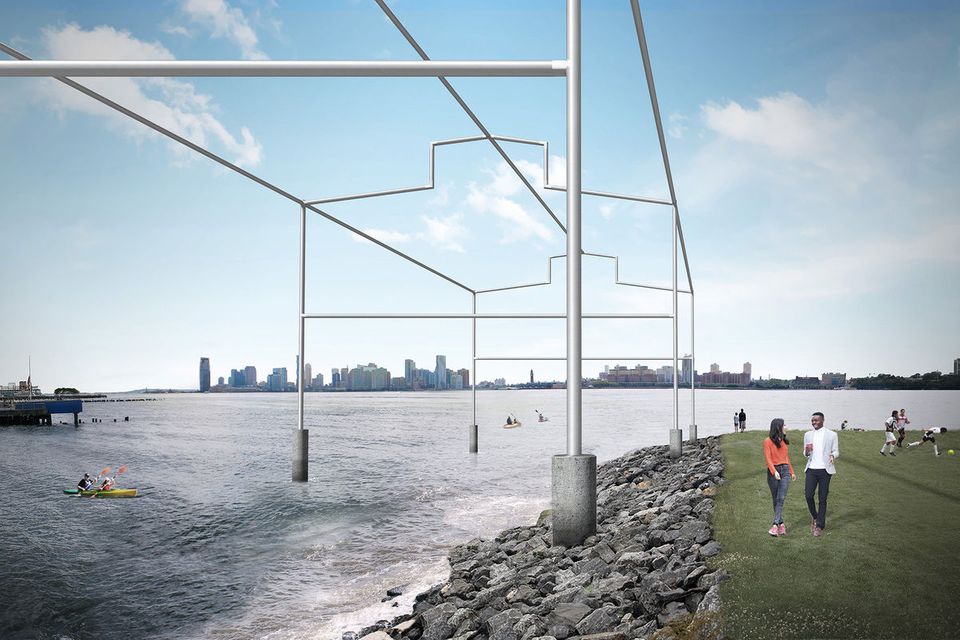 Earlier this month, the New York State Senate cleared the way for the work, and local residents during last year’s community board meeting were largely supportive, including Florent Morellet, the former restaurateur who said: “I love this project”. However, one long-time resident of Jane Street, who wanted to remain anonymous, said a full environmental impact study by the US Army Corps of Engineers should be done. The Whitney hired AKRF, an environmental consulting firm, to look at the potential impact of the installation on local wildlife and plants— including fish like endangered sturgeon—as well as the neighbourhood’s historic and cultural character, and found there would be no significant long-term effects. The museum’s reports are posted on the Hudson River Park Trust’s website, and it next plans to have the project reviewed by New York State’s Department of Environmental Conservation and the US Army Corps of Engineers.

The Whitney also took into consideration rising sea levels due to climate change, and the installation’s flood-prone location. “The tops of the concrete columns would be located in the water at high tide by the 2080s,” according to the museum’s report. But the work has been designed to withstand the changes in the environment and constant exposure to the elements, with an expected 100-year lifespan. If the project is approved by the public and cleared by the Hudson River Park Trust’s board, construction is expected to take place from May through August 2019, and the installation would open to the public by 2020.