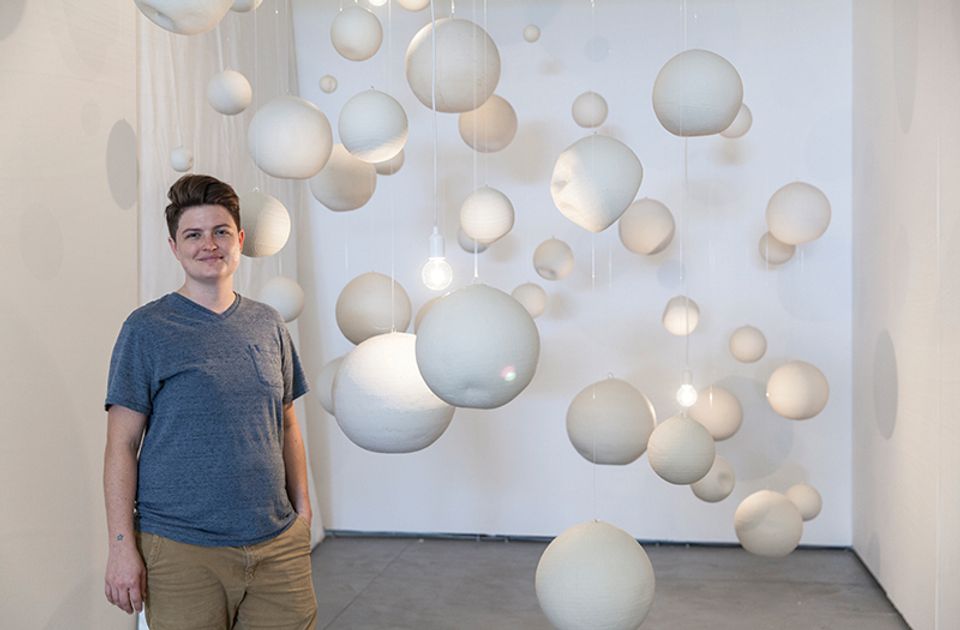 Phoenix Lindsey-Hall with her installation in Miami Beach Vanessa Ruiz

When the artist and queer rights activist Phoenix Lindsey-Hall heard about the mass shooting at the Orlando nightclub Pulse while driving last June, she and her wife immediately turned towards New York’s Stonewall Inn, where impromptu tributes were already taking place. There, a note that read “never stop dancing” inspired her to create her own tribute, an installation of 49 porcelain disco balls suspended from the ceiling—a symbol of queer club culture as well as a ghostly witness to the tragedy. “I wanted to create a piece that would be a collective experience and offer a moment of sorrow, but also release,” Lindsey-Hall says. She chose a slip-casting process that emphasises the imperfections and individuality of each ball. “I left all the dents and bruises; each has the history of its making on its surface,” she says. Presented by Brooklyn’s Victori + Mo gallery, which first showed the work in January, the disco balls are editioned and available separately, with the whole installation priced at $15,000. “I’m thrilled that the piece is here in Florida,” Lindsey-Hall says. “And it’s a beautiful coincidence that it’s at the Pulse art fair.”