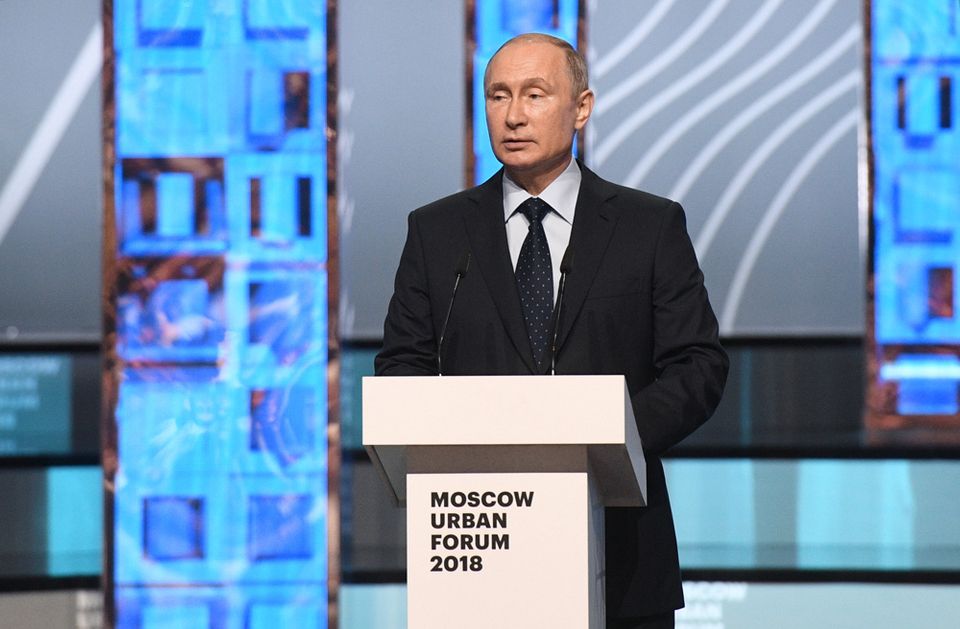 The Russian president Vladimir Putin celebrated Moscow as “a real trendsetter” in urban development in a speech at the eighth Moscow Urban Forum yesterday (18 July), three days after the closure of a highly successful World Cup tournament hosted by 11 cities across the country.

“In this context, I cannot but mention the recent World Cup,” he said, addressing the annual conference of architecture and urbanism. “The improved squares and streets of our cities have become points of attraction, friendship and communication for tourists from all over the world.” Putin called for a nationwide drive in urban renewal that unites technology, nature and culture.

For the first time, the forum was held in the city’s new philharmonic hall near the Kremlin at the year-old Zaryadye Park, which was designed by Diller Scofidio + Renfro, the creators of New York’s High Line park. Built on the former site of a Soviet white elephant hotel, the Moscow park has a similar wild nature aesthetic with Russian touches that highlight the surrounding ancient churches.

“I would love for the public to really take over the park, to be uninhibited, to gather in different ways, to be productive in different ways socially, and for the park to be truly diverse and […] actually help to transform all the areas around it,” said Elizabeth Diller at a plenary panel discussion on 17 July.

Among other star speakers at the conference, which runs until 22 July, was the Dutch architect Rem Koolhaas, who is working on two major museum projects in Moscow, at the Garage Museum of Contemporary Culture and the New Tretyakov, which are also being linked as part of a new Museum Mile.

Putin also praised the efforts of Moscow mayor Sergey Sobyanin, to the anger of preservationists who say that the Kremlin is indifferent to architectural heritage and that Sobyanin is destroying the city.

Andrey Novichkov, a co-ordinator of the preservationist movement Archnadzor, wrote in a Facebook post on 18 July that more than 159 sites had been demolished under Sobyanin, including noble estates, old railroad stations and the Russian capital’s historic 1904 mosque. “Very often bulldozers tore down entire blocks that had been built by leading architects,” wrote Novichkov.