The photographer Spencer Tunick is calling out for more participants to take part in his Stay Apart Together project that is bringing together friends, relatives and lovers in the age of Covid-19. Tunick, known for his vast photographic panoramas peopled with naked individuals, shifted his practice online in the wake of the pandemic. His latest project creates “virtual art actions featuring nude bodies—often 25 at a time—from different parts of the world. Through the use of a virtual chat platform, participants are directed to pose under Tunick’s direction and stand in unison to reaffirm the resilience of community and human connection in times of isolation”, says a statement. 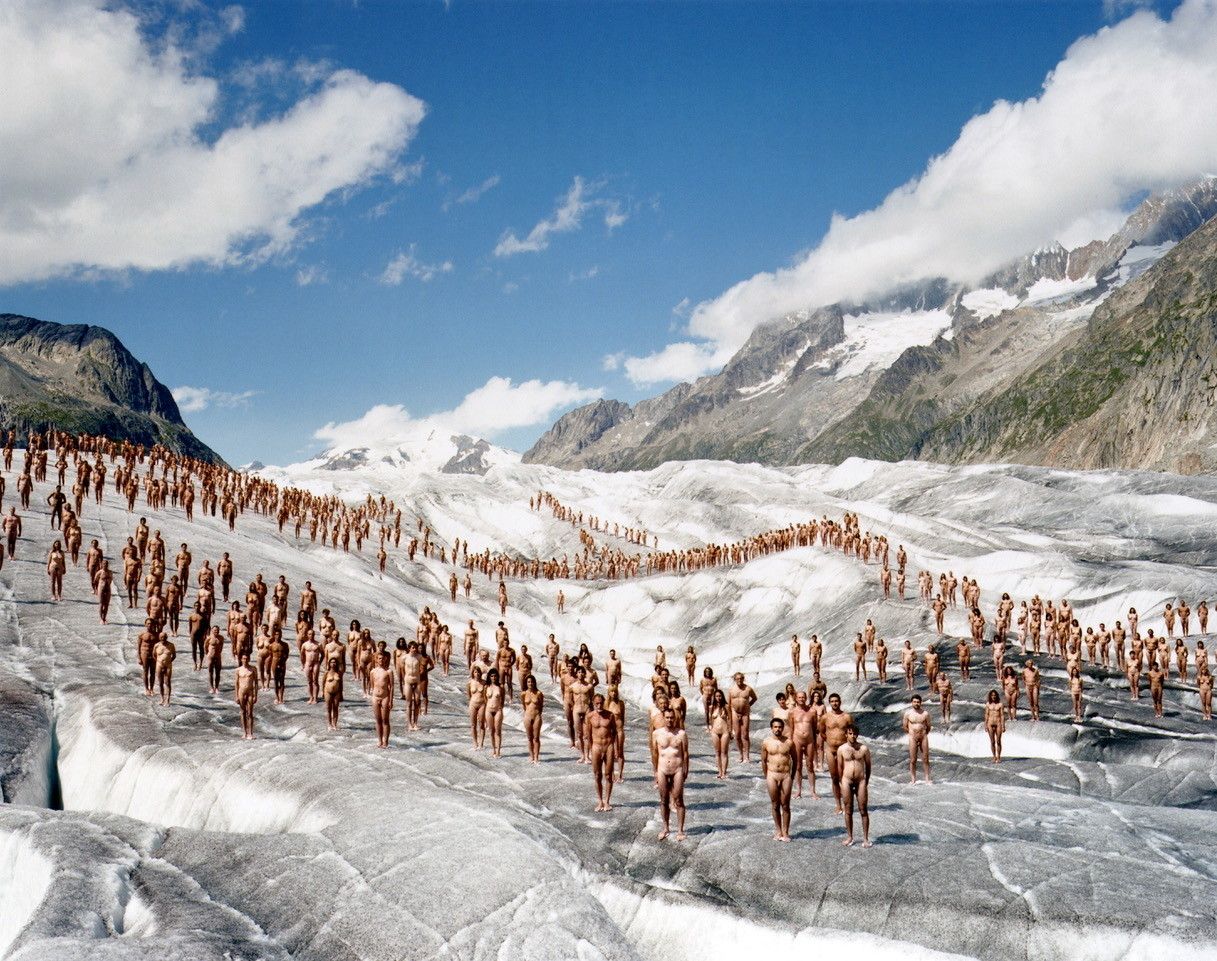 Some of the images, shown on Instagram, include diptychs of human beings pushed apart by the pandemic but united through digital wizardry. The larger group shots show masked individuals on International Women’s Day when earlier this month, Tunick posted an image of women worldwide holding “protest” signs.

Participants take the pictures through the cameras on their laptops. “I then take the final photograph by capturing it with a screen grab on my large monitor in my studio in New York,” he says. “I, like many, have been pretty stifled and constrained by this crisis. My ability to make my art has stopped in the US, but I still felt the need to connect and create. At first I could not motivate but with this new series using video conferencing, came the ability to connect again with a global community,” adds Tunick. Studio 333 based in Mérida, Mexico have assisted with the technical production. The photographs will eventually be produced as pigments prints on paper, says Tunick.

Participants so far come from countries such as India, Thailand, Lebanon, France and Italy. “We are still making works as the pandemic is still bad in many regions of the world,” he adds. Volunteers can register at www.spencertunick.com.