Though the site is due to open next spring, Koraichi has already had to bury 56 anonymous bodies to relieve overcrowding in existing local cemeteries 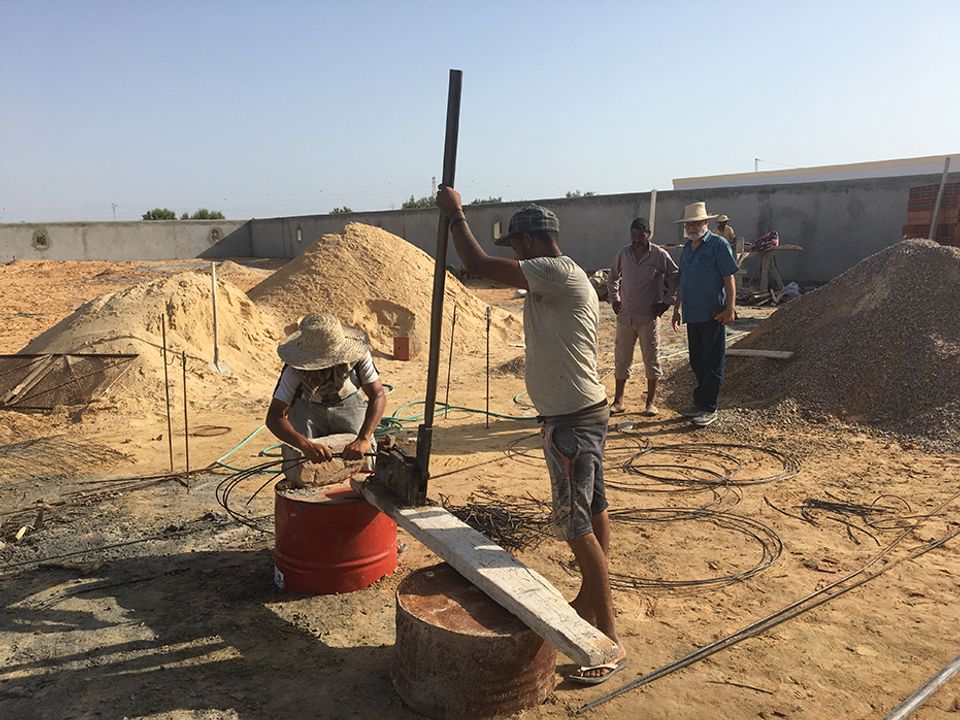 The Algerian artist Rachid Koraichi is building a cemetery and memorial in southeast Tunisia for migrants who have drowned in the Mediterranean Sea.

Located in the coastal town of Zarzis, Jardin d'Afrique (garden of Africa) will include a non-denominational cemetery, a place for washing the bodies before they are buried, a monument and a chapel honouring all religions.

Though Koraichi intends to have Jardin Afrique opened for next spring, he unexpectedly found himself having to bury 56 anonymous bodies last month in a temporary trench-like grave, where each body is separated by bricks, after the Tunisian Red Crescent (a humanitarian organisation affiliated with the Red Cross) brought the corpses over. This occurred after 90 migrants, including a baby and a heavily pregnant women, drowned in early July this year. Local authorities have become overwhelmed by these tragedies and an existing cemetery was reportedly full. “The Red Crescent didn't know where to take the bodies, so they brought some of them here,” Koraichi says, adding that one Libyan and several Bangladeshis were among the dead. “When we've finished the cemetery, we'll move them to proper graves.”

The initiative is being self-financed by the Paris-based artist, who is joined by his two daughters, Aïcha and Fatma. “As a human being, I think it's fundamental to make a nice sepulcher for these poor people,” Koraichi tells The Art Newspaper. “My brother, who was 18 months older than me, drowned in the sea shortly after Algeria's independence from France [in 1962] and this dramatically affected my life.”

Koraichi first visited Zarzis last December out of concern about the hundreds of drowned migrants from countries such as Mali, the Ivory Coast, Ghana, Egypt and Pakistan, who have been buried in Tunisia. Situated on a 2,500m2 plot of agricultural land that Koraichi purchased from a local farmer, Jardin d'Afrique will feature hand-made ceramic tiles and a number of plants such as jasmine shrubs and citrus trees. 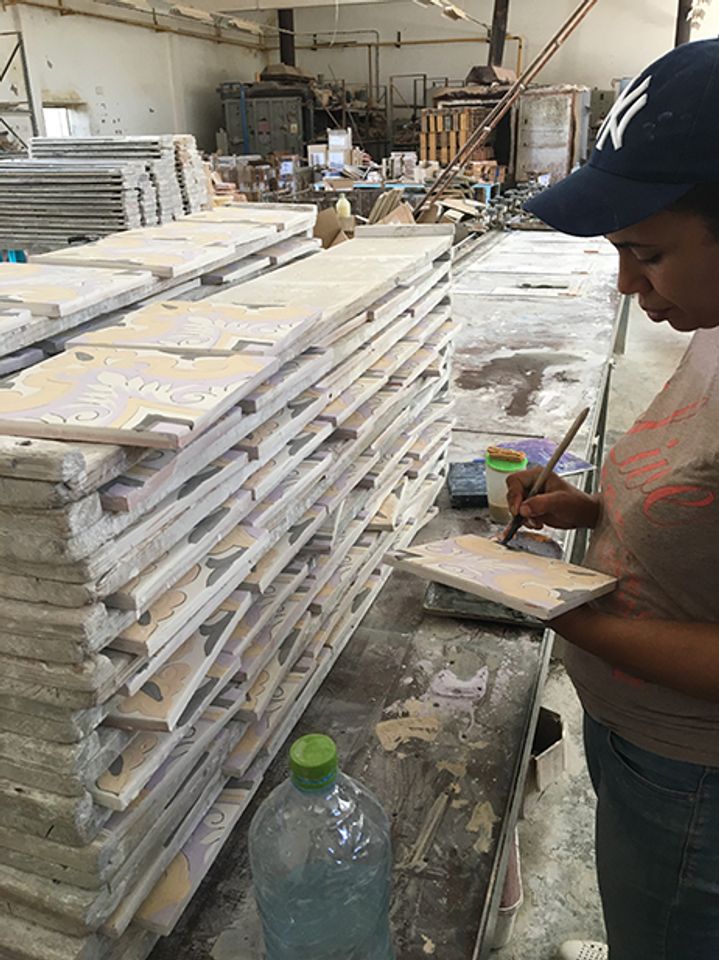 Each grave in Jardin d'Afrique will have a headstone bearing the person's name (if known), the date when the body drowned, the person's DNA code and will state whether the body is that of a man, woman or child. Koraichi is having four types of graves developed for men, women who have given birth, women who have not given birth and children. Each grave will have two bodies buried on top of each other but separated by bricks.

“Not a single body will be buried without a DNA sample being taken and we'll inform all the embassies in Tunisia about the DNA codes so that anybody trying to trace a family member can come and see if their DNAs match,” Koraichi explains.

Born in 1947, Koraichi is known for making works on memory and durable development. In 2005, he developed the Jardin d'Orient at Château Royal d'Amboise (where Leonardo da Vinci is buried), in France's Loire Valley, in homage to Emir Abdelkader, Algeria's 19th-century nationalist leader who was once imprisoned in the château. Koraichi was awarded the 2011 Jameel Prize (an international award for contemporary art and design inspired by Islamic tradition) from the Victoria and Albert Museum in London (V&A) for embroidered cloth banners from his series Les Maitres invisibles (2008).