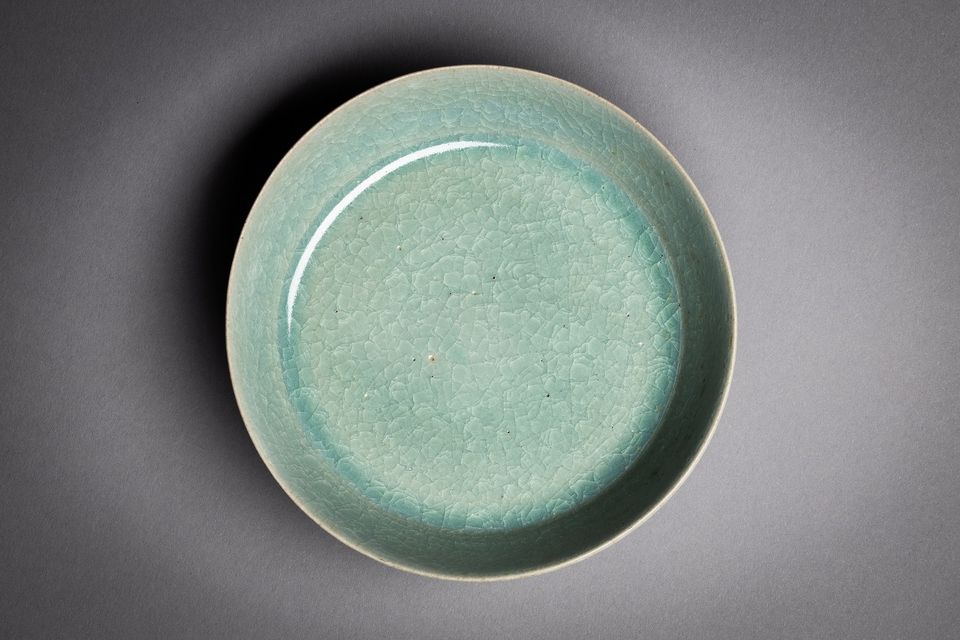 A rare Ru bowl more than 900 years old has been discovered in the porcelain collection of the Dresden State Art Collections in the course of a research project that began in 2014. Previously thought to have originated in Korea, the bowl—with a bluish-green glaze and crazing resembling cracked ice—was identified by Regina Krahl, one of the international experts engaged in Dresden’s research project.

Ru ceramics were only produced for a period of about 20 years towards the end of China’s Northern Song Dynasty (960-1127), exclusively for the imperial court, and the Dresden bowl is only the 88th piece known to have survived. “As the Song dynasty was driven into the south of China by invaders shortly afterwards, Ru ceramics became a mythologised memento of an idealised lost past immediately after their creation,” Julia Weber, the director of Dresden’s Porcelain Collection, said in a statement.

In 2017, a comparable bowl sold for $37.7 million at Sotheby’s in Hong Kong, breaking the world record for Chinese porcelain. Staff at the Palace Museum in Beijing suggested in 2018 that the Dresden bowl could be a Ru piece: Krahl has since confirmed this.

“Out of the wealth of Chinese ceramics from every era, Ru ware are the rarest of all and have always been considered the absolute pinnacle of the art, not just because of their simple beauty, but also above all due to their historical significance,” Krahl said. “What makes this especially satisfying, however, is that Dresden’s little Ru bowl is an exceptionally good example of its kind.”

The bowl, 13 centimetres in diameter, was probably made for washing brushes. It was originally part of the collection of a German doctor who visited China from 1913 to 1914, and was purchased in 1927 by the director of the Dresden Porcelain Collection.