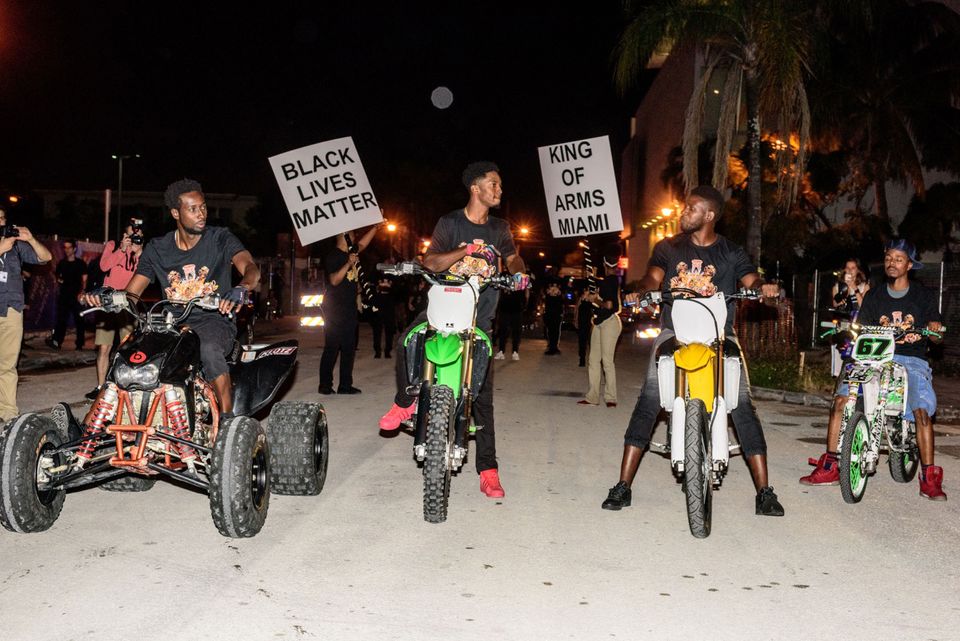 As part of his residency for the DLECTRICITY, a festival of light-based works in downtown Detroit (22-23 September), the artist Rashaad Newsome will present the King of Arms Parade, a performance that he first organised in 2013 in his native New Orleans. But in this iteration, as an homage to the Motor City, Newsome will trade in the Lamborghini Murciélago that he’s driven in past parades for a Ford F150 truck wrapped in his art.

The King of Arms Parade coincided with the artist’s first solo exhibition at the New Orleans Museum of Art (NoMA) and was allegorical for his “coronation, going from a pursuivant to a king of arms”, Rashaad told The Art Newspaper. The parade was held in Miami in 2015, coinciding with Art Basel Miami Beach and was included in the Newsome’s film trilogy Heraldry (2010-2015) that fused themes of European heraldic traditions with elements of hip-hop culture and vernacular.

This year’s procession will begin at the Detroit Institute of Arts (Dia) with a site-specific video projection that transforms the architecture of the museums great hall into an abstract work, before it moves clockwise around the museum. Among the throng of more than 100 participants will be some returning guests, including the Miami-based motocross stunt group Bike Life Crew, and Newsome’s New York-based performance troupe, the Vogue Knights. Some groups from local communities will join, including a high school brass band and members of the Ruth Ellis House, a social services group that aims to support LGBTQ youth.

The festival will close at the DIA’s film theatre with a new instalment of Shade Composition, an improvisational work in which Newsome manipulates the voices and gestures of 25 black female performers, using a Nintendo Wii controller as a conductor’s baton.

And later this year, on 7 November, the artist will present a new performance at the Park Avenue Armory in New York called Running. Without wanting to spoil the most important aspect—the act of experiencing the work first-hand—Newsome describes this piece as “a portrait of soul created from light and sound”.