The US artist finds contemporary resonance in the 1940s novel 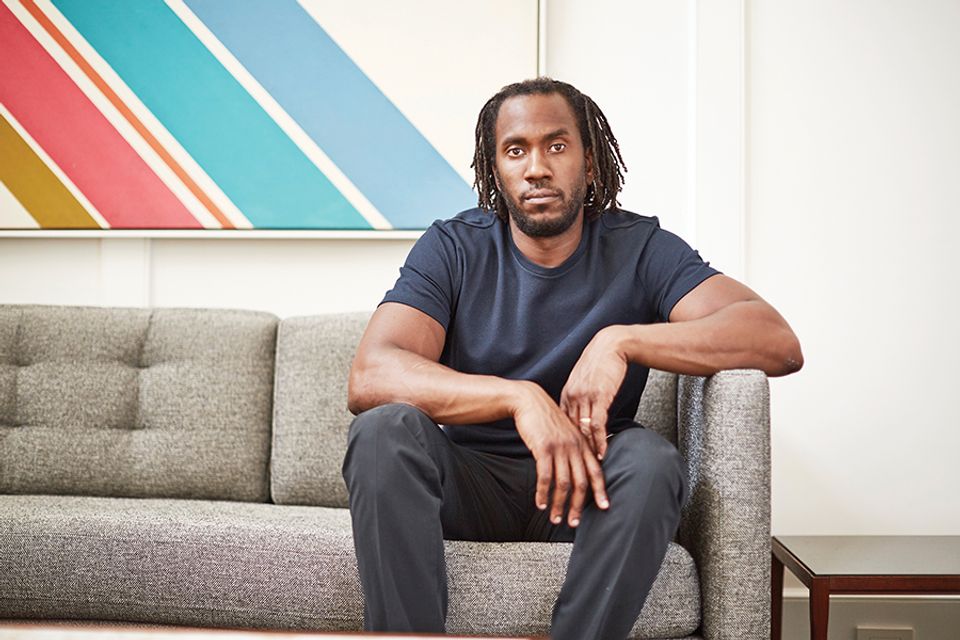 This month, after the opening of his exhibition at Los Angeles’s David Kordansky Gallery (7 April-19 May), the US artist Rashid Johnson begins shooting his directorial debut in Chicago—a film adaptation of Richard Wright’s bestselling 1940 novel Native Son. Johnson says that he and the screenwriter Suzan-Lori Parks “have been conscious of the times we live in today, and how the novel’s characters may play out in a contemporary world”.

Details of the feature-length film are being kept under wraps by the production company Bow & Arrow, but as we went to press the actor Ashton Sanders, who starred as the teenaged Chiron in the Academy Award-winning drama Moonlight, was in final talks to take the lead role.

Native Son tells the story of Bigger Thomas, a black man in his 20s living in abject poverty in Chicago’s South Side in the 1930s. After taking a job in the house of a wealthy family, Thomas becomes involved in the death of a young woman, a crime for which he is captured and tried by bigoted officials and ultimately sentenced to death.

At the time it was published, Native Son was described disparagingly by the African-American writer James Baldwin as a “protest novel” and the main character as a negative stereotype. Commentators from later generations have identified the book as a forerunner of the Black Lives Matter movement, published as it was at the dawn of civil rights in the US. But Johnson interprets Wright’s thinking more along the lines of other protest movements. “There’s a distinct emphasis on how communism and activism function, which I think has stronger parallels with the Occupy movement,” he says. “The novel doesn’t have necessarily strong black activist protagonists.”

As Johnson notes, the idea that black characters need to present themselves as positive role models is long outdated. “There’s a trap that’s been set, that every black character is exceptional or even capable of exceptionalism,” he says. “Making this film after we’ve been exposed to a character like Barack Obama, we know black exceptionalism exists, which opens the door for us to explore the entirety of the human condition.”

The Black Lives Matter movement was mobilised before Donald Trump was elected as US president and issues around race, class, gender and sexuality in the US are considerably older than the current administration, but Johnson says these conversations have been “amplified by some of [Trump’s] antagonism”.

The artist says he is “furious and disappointed” about Trump. “I stand in opposition to everything that he represents: his policy decisions, his personal decisions, the way he employs language, the way that he talks about people.”

But Johnson senses that voters may be ready for a wake-up call. “People say you get the leader you deserve, but I do honestly believe—and the numbers bear this out—that most people in America don’t agree with his policies, strategies and philosophies.” He adds that, since Hillary Clinton won the popular vote, “it’s time for an interrogation of our electoral system, and an awakening of people to their responsibility to participate in their democracy”.