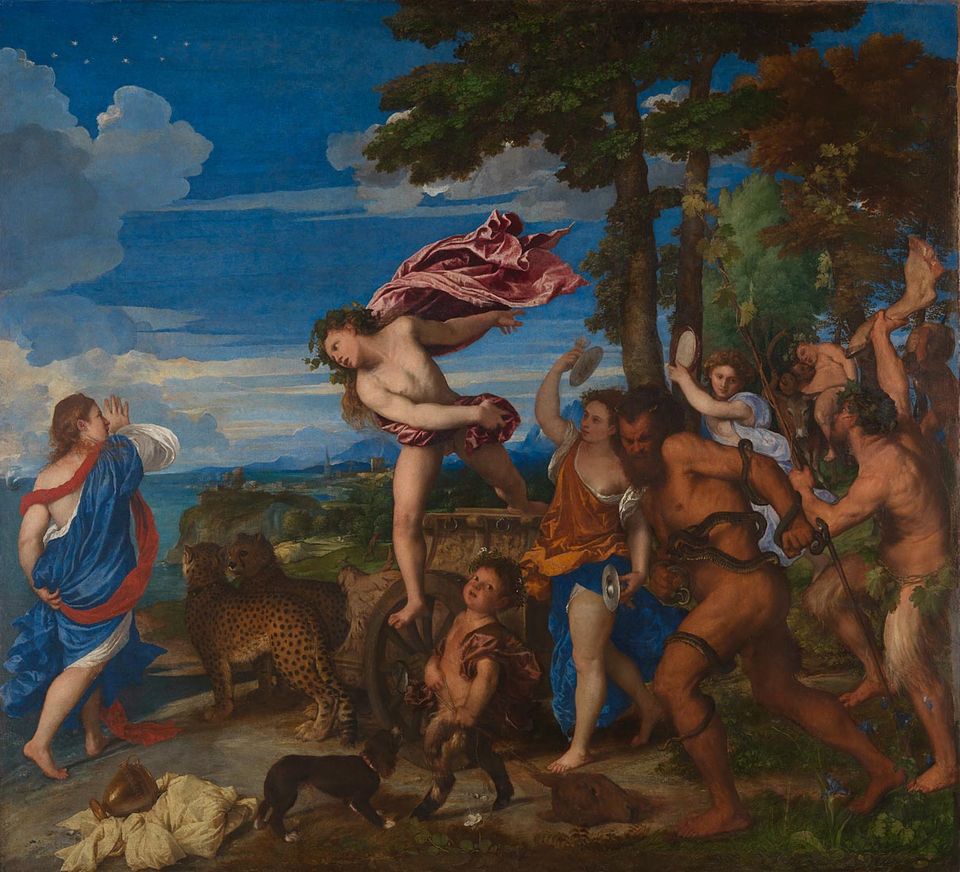 Titian's Bacchus and Ariadne (1520-23), the subject of one of the winning essays The National Gallery, London

The winners of the inaugural Write on Art prize, which seeks to put art history back on the agenda in UK schools and universities, have been announced. Write on Art is backed by the Paul Mellon Centre for Studies in British Art and the arts charity Art UK. The award was created to bolster the arts in the national curriculum after the art history A-level came under threat in 2016.

“Given the disturbing decline in focus on art and art history education in state schools, Art UK and the Paul Mellon Centre hope that this award will underline the importance of the subject as an academic discipline as well as highlighting the broader value of sharing ideas about art through good writing,” says a statement on the award website. There are two categories for students in Years 10 and 11 (aged 15-16) and in Years 12 and 13 (aged 17-18), with each winner receiving £500.

We asked one of the judges, David Dibosa, a reader in museology at the University of the Arts London, about the yardsticks for judging the entries. “For me, engagement in art is all about vision. From top art criticism to school essays, writers have to be able to share their vision of what they see. It starts with clear description but it goes beyond that. Writers need to give a sense of the significance of the work,” Dibosa says.

A work of art could be meaningful in a variety of contexts, in terms of personal memory or big political themes as well as in relation to the development of art over the centuries, Dibosa adds. “Any writer who can share what they see and what it means to them must be judged to have done good work, in my eyes."

His fellow judges on the panel were Gabriele Finaldi, the director of the National Gallery in London, Jackie Wullschlager, an art critic at the Financial Times, the artist Jeremy Deller and the cultural historian and broadcaster Janina Ramirez.

They selected Abhimanyu Gowda of King Edward VI School in Warwickshire for the first prize in the Years 10 and 11 category for his essay on Frank Brangwyn’s British Empire Panel (11) India (around 1930). Catherine Jamieson from Esher College won first place in the Years 12 and 13 category for her analysis of Titian’s Bacchus and Ariadne (1520-23). Here, we reproduce extracts from both texts.

Picture the scene. It’s a typical, wet February day in South Wales. You slip off the M4, and five miles down the road into Swansea. Out of the damp misery, you step into the chiselled Portland stone of Brangwyn Hall, and straight into 3,000 square feet of colour.

These are the British Empire Panels. Sixteen exquisite, oil-painted boards, each 6.09 metres tall by 3.96 metres wide, adorn the walls of Swansea’s Guildhall. They are incredible; the myriad of convoluted shapes haphazardly scattered across the canvasses should be unsettling. Yet there is an undeniable sense of serenity.

Let’s take a closer look at number 11. Brangwyn uses a wide palette, with a range of brilliant indigoes and turquoises, creating a vibrant, exotic portrayal of India. He uses organic brushstrokes and smooth lines to create the pleasing shapes of natural forms, such as the bird in the top right, and the plants which pervade the piece.

Catherine Jamieson, Write on Art: Bacchus and Ariadne by Titian

Pink and blue are tentatively appearing, fresh and delicate, out of tea-coloured varnish. It is London, 1967, and the initial restoration tests are being carried out on Titian’s Bacchus and Ariadne. The colours are emerging from the layers of time like the bacchante emerging from the woods of Naxos: the nine patches, each seven centimetres squared, are like peepholes into the ether. They are tantalising, fragile; the first little steps in a momentous restoration project that will have the painting back as it was when seen by its patron, Duke Alphonso d’Este of Ferrarra. Perhaps this is in the back of the Chief Restorer’s mind: I am like Alphonso – the painting is gradually being revealed to me. The painting is being reborn.

Alphonso first looked at the finished painting, in the camerino of his Ferrarra residence, in 1523. It was only the second of the five paintings that he wanted, but he would have been relieved to have it completed after a three-year wait. He had already had an artist die before they could complete their commission, and two artists who never began their work for him. He would have been satisfied at being able to rival his sister Isabella, whose lavishly decorated studiolo he envied. And perhaps he would be amused at the inclusion of his own little dog in the foreground, about to scamper out of the way as Bacchus leaps towards him.