A realist cult classic, The Fulbright Triptych, goes on view in Nevada 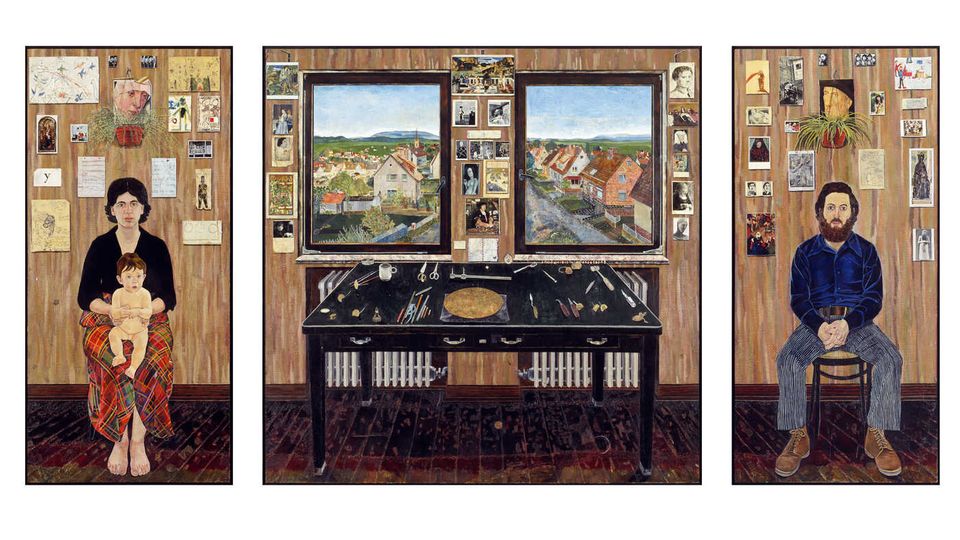 A rarely seen realist masterpiece, The Fulbright Triptych by Simon Dinnerstein, has emerged from storage for a travelling show that surveys five decades of the American artist’s career. The nearly 14ft wide oil painting and some lesser-known paintings and drawings by the artist are now on view at the Nevada Museum of Art in Reno (until 6 January 2019), which organised the exhibition with the Museum of Art and Archaeology of the University of Missouri.

Dinnerstein worked on the triptych nearly every day between 1971 and 1974, beginning the painting while on a Fulbright scholarship in Germany and completing it in his Brooklyn studio. The work shows the artist, his wife Renée holding their infant daughter, and various postcards by artists like Vermeer, Degas, Donatello and others, as well as a glimpse out the window of the German neighbourhood where the family resided. Describing the work, Dinnerstein says: “If I could recall my life on a super smart day, when everything was clear, sharp and in touch with the spirits, then the Triptych was this type of day times a thousand.”

Dinnerstein says he did not envision selling the work, but “while I was obsessively working on my Triptych, we ran out of money [and] I did not know what to do”. The artist recalls “two well dressed, tall and distinguished dealers standing in complete silence, looking intently at the triptych in my studio. Then one, George Staempfli, took out a fancy black cigar, lit it up and said: ‘This is a great painting and I would like to own it’, and he proposed buying it in monthly installments over the next two years. I felt as if I was in the middle of a fairy tale and a deus ex machina had arrived.” 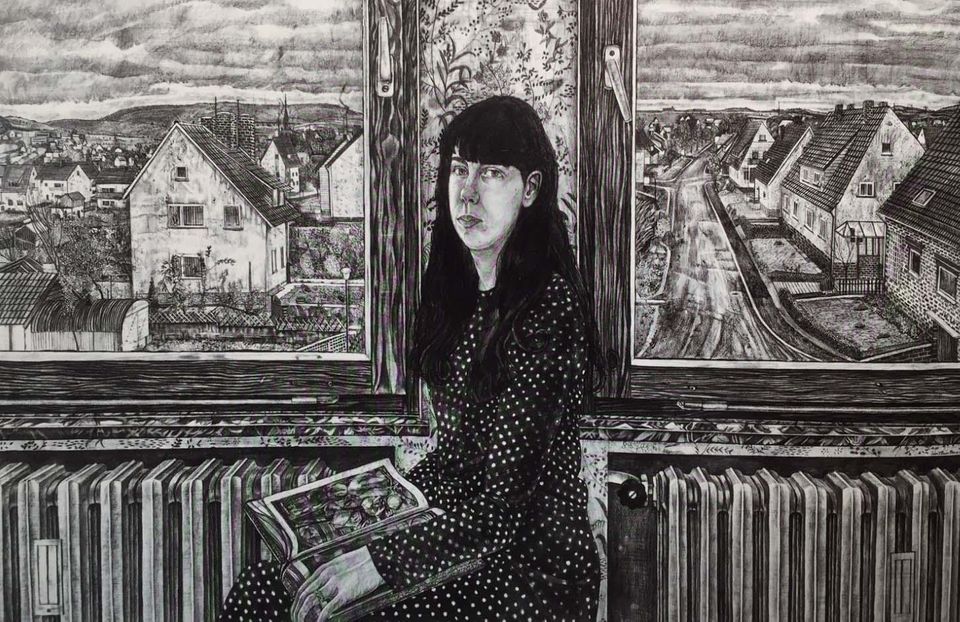 The work caused a stir when it premiered at Staempfli's gallery in New York in 1975. “On the very last day of my first exhibition, a rave review by John Russell came out in the New York Times and many people—including Lloyd Goodrich [the director] of the Whitney Museum and Thomas Messer of the Guggenheim—came to the gallery to see the painting that day with copies of The Times,” Dinnerstein says.

In 1983, the Palmer Museum of Art of Pennsylvania State University acquired the work and—perhaps because of its monolithic scale—rarely removed it from storage or lent it for exhibitions. “It was a very frustrating situation [and] at one point caused a great argument between the [former] museum’s curator of American art and myself,” Dinnerstein says. “I asked why the museum owns this painting if they never show it [and] the curator told me that my painting did not relate to any of the classes that were taught at the university.”

Despite this obscurity, the piece has become something of a cult favourite and when it was last shown at the German Consulate in New York in 2011, the New York Times critic Roberta Smith wrote: "The work has the majestic symmetry and stillness of a religious altarpiece, and the intimate allure of a well-kept artist’s studio." After the current exhibition ends its run in Nevada, it travels to the New Jersey Center for the Visual Arts (15 February-16 June 2019).