Penitent Magdalene by Salaì, who entered Leonardo's workshop at the age of ten, was estimated at €100,000 to €150,000 and is one of only a handful of known works by the artist 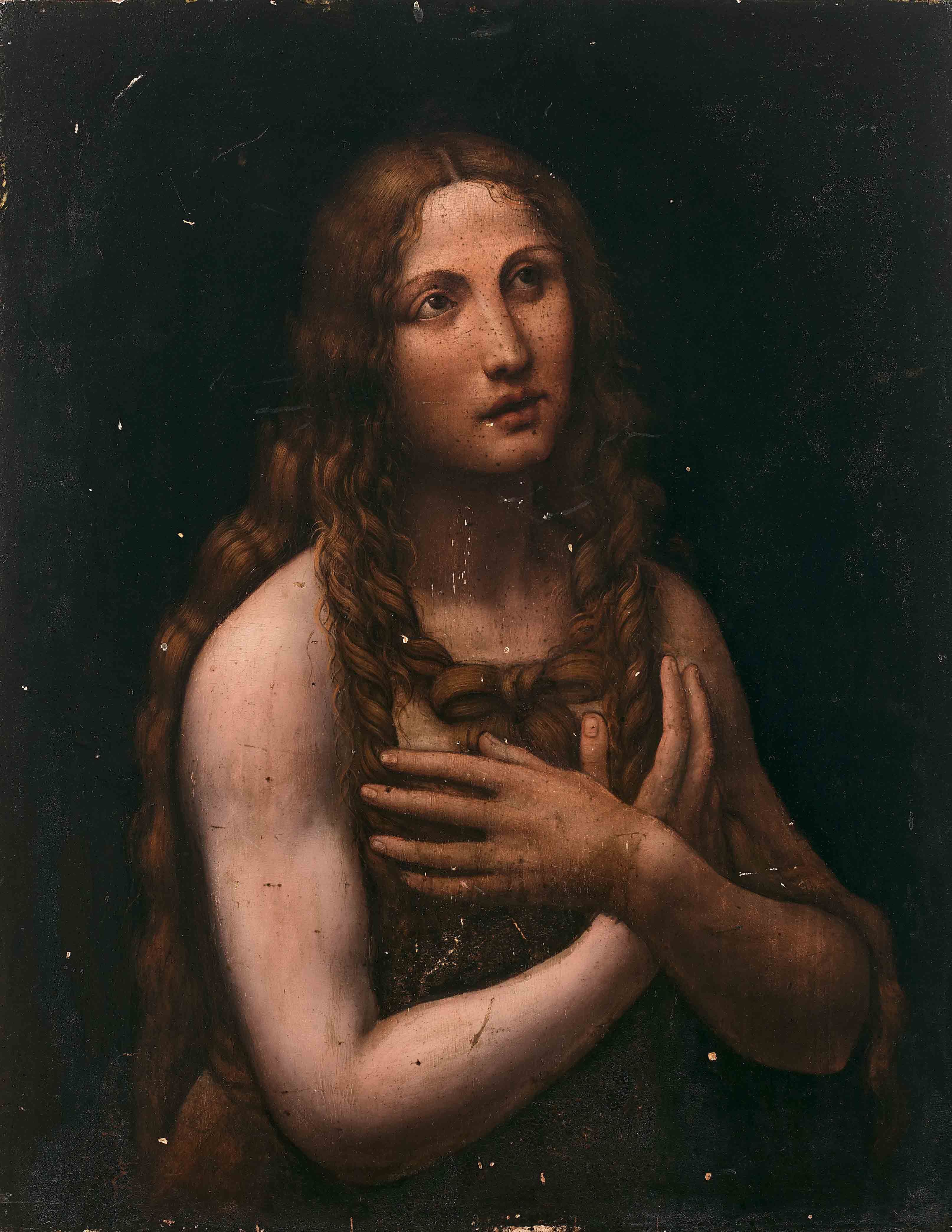 A painting of Mary Magdalene recently attributed to Leonardo da Vinci's collaborator and lover Gian Giacomo Caprotti, known as Salaì, sold at the Paris auction house Artcurial yesterday for €1.7m ($2m, with fees), a new record for the artist. The oil on panel, dating from around 1515 to 1520 and previously thought to be by Giampietrino, was estimated at €100,000 to €150,000. Against fierce phone bidding during the auction (closed due to Covid-19 precautions), it sold to an American collector.

Salaì was a poor boy from a working-class background and, as recorded in the older artist's diaries, entered da Vinci's workshop aged just ten on 22 July 1490, when da Vinci was in his late 30s.

Despite this age difference he became one of da Vinci's "lovers", a problematic term today given the age difference and Salaì's extreme youth when he first joined the older artist's workshop. The handsome, curly-haired Salaì appeared to infuriate Leonardo as much as he captivated him and he wrote in one of his journals that the young artist was a "thief, liar, obstinate, glutton." Hence his nickname, meaning little devil.

But da Vinci forgave him his petty crimes and Salaì stayed with him for more than 25 years, until da Vinci's death in 1519, serving as a financial manager, model, agent and lover and accompanying him on all his travels. He carried on painting, too, and became a teacher at the workshop in 1515. Leonardo left the Mona Lisa to Salaì upon his death.

Only four or five paintings by Salaì are known to exist, and the attribution of this one, depicting Mary Magdalene covering her breasts with long locks of hair, was determined by the Milan-based art historian Cristina Geddo.

The French Old Masters expert and consultant to Artcurial Eric Turquin told AFP: “This painting really comes out of the night. Its owner, who had bought it for a modest sum, entrusted it to us for sale...without attribution." Turquin adds: "We found fingerprints: the painter crushed his thumb on the fresh paint, which is characteristic of Leonardo and Salaì 's technique."

In a video produced by the auction house, Geddo says she was able to make the discovery due to Salaì's painting of the Head of Christ the Redeemer, recently donated to the Pinacoteca Ambrosiana in Milan, which is signed "Salaì" and dated 1511. "It is his only signed work to appear in 500 years," Geddo says. "The face of the Ambrosiana Christ makes it possible to make precise comparisons, noting the incredible similarities and corresponding elements...between the face of this Mary Magdalene and that of the Ambrosiana Christ."

Geddo adds the technique is "extremely faithful to that of the master...difficult to find in his other pupils—the Leonardeschi." She refers specifically to Salaì's use of Leonardo's characteristic sfumato but also to the many thin washes of diluted paint that are layered to subtle effect and create a "gradual passage from light to shadow which is incredibly close to Leonardo's technique." Geddo also notes an "obsessive attention to detail", particularly in the rendering of the hair.