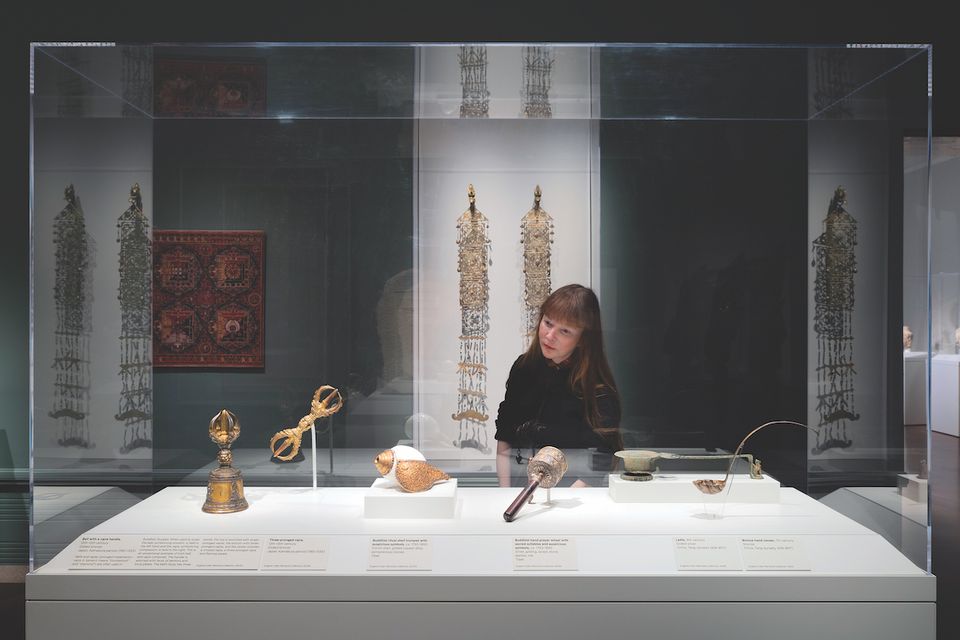 Boundless: Stories of Asian Art brings together works from China, Japan and South Asia, and incorporates Islamic art for the first time © Ripple Fang and courtesy of the Seattle Asian Art Museum

After a two-year, $56m renovation and expansion, the Seattle Asian Art Museum reopens on 8 February in its 1933 Art Deco building, now better integrated with the surrounding park and wider communities. The physical changes have been an opportunity for the museum’s leadership to rehang its prized collection and launch a new Asian Paintings Conservation Center that will serve the region—all with a collaborative approach.

“For a long time, the museum didn’t have much of a relationship with a broad Asian American community in Seattle, and we’re trying to foster a more meaningful connection,” says Chiyo Ishikawa, the deputy director for art at the Seattle Art Museum (SAM).

SAM was founded in 1933 by the Asian art collector Richard Fuller in Seattle’s Volunteer Park. After the museum moved downtown in 1993, it created a satellite institution dedicated to its Asian collection at its original home. This landmark building, owned by the city, had been long overdue for climate control and seismic upgrades to help it withstand earthquakes. Its sandstone facade had also been sealed off from the Olmsted-designed park, so the Seattle firm LMN Architects has punched through the back with a modest glass-walled addition, creating almost 3,000 sq. ft of new gallery space for special exhibitions and views of the park.

“It allowed us also to start over with a fresh idea of how we wanted to install the collection,” Ishikawa says. This was informed by input from a group selected from the Asian Pacific Islander community, from which the Asian Art Museum had previously only solicited advice on special exhibitions. The museum’s curatorial staff has now developed a much more thematic presentation of its collection across time and geography titled Boundless: Stories of Asian Art, mixing works from China, Japan and South Asia and incorporating Islamic art for the first time.

“The larger questions we’re asking for this reopening are, ‘Where is Asia? What is Asia?’” says Xiaojin Wu, the curator of Japanese and Korean art at the museum. “We’re showing how the borders are fluid throughout history.” The 12 collection galleries, flanking the central courtyard, are divided between the material and the spiritual, with specific ideas explored in each, such as spiritual journeys, celebrations and festivals, clothing and identity.

In feedback from the advisory group on how to present imperial art, the museum heard, “This is so elitist—what does this have to do with our lives?” Ishikawa recounts. She says it helped the curators reframe the gallery around the question, “Why is this precious?” rather than focus just on opulence. They added other objects, including an austere bowl prized by tea masters, to tease out the value of art in terms beyond the purely monetary. “It was interesting for us to share the process with the community before we had committed ourselves to the final checklist,” she says.

Where possible, the curators have injected contemporary art into the permanent collection galleries to underscore current issues. The inaugural show in the new special exhibitions space also draws on contemporary works from the collection: Be/longing: Contem-porary Asian Art includes pieces by 12 artists from across Asia who have worked or are working outside the region. The aim is to consider, “Where do they call home?” Wu says. “We’re asking questions about modern migration and roots and heritage.”

The expansion has provided room for the new conservation centre, which will help the museum address the lack of US conservators specialising in Asian art. “It’s a field-wide issue,” Ishikawa says, noting that there had previously been no Asian painting conservation centre in the country west of Michigan. In consultation with colleagues from 19 museums, SAM’s chief conservator, Nicholas Dorman, has led the creation of the facility, aided by a $3.5m challenge grant from the Mellon Foundation. Institutions including the Los Angeles County Museum of Art, San Francisco’s Asian Art Museum and the Portland Art Museum will have access.

The centre plans to have four to five conservators. “This is hands-on work you have to learn through doing,” Wu says. “Mellon is really interested in the educational aspect of it.”