Melting of the permafrost in Yakutia has led to a boom in fossil tusk gathering, causing problems for government and conservationists 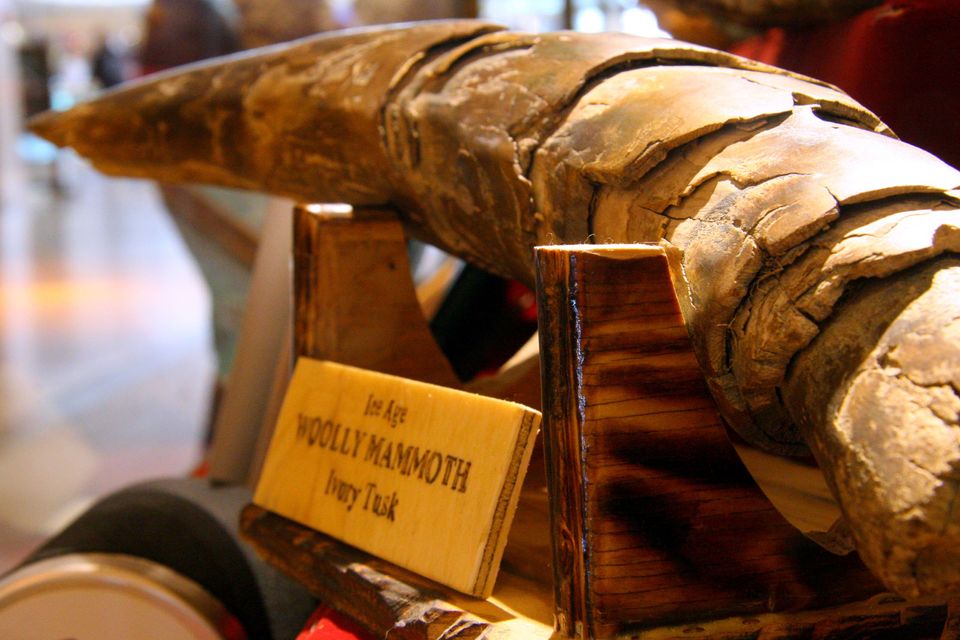 The Russian region of Yakutia, nearly half of which lies in the Arctic, has declared war on the illegal trade in mammoth tusks. Melting of the Arctic ice cap has revealed vast stores of tusks from the extinct species that had been buried in the tundra.

Tass news agency reports that 100 tonnes is procured annually, about one-third of it illegally, and 90% of the haul is exported to China. Underscoring the black-market nature of the business, this month a record amount of mammoth ivory from Sakha (as the region is called in Yakutian) was seized in Vladivostok. Reportedly worth $6m, according to The Siberian Times, the 650 fragments were declared at just $35,000. The going rate for a 50kg tusk is around $15,000, according to the SakhaNews website.

A commercial ivory ban, hailed as a measure to protect elephants, went into effect in China on 31 December 2017. Mammoth tusks (considered an ethical alternative, as no live animals are poached) were seen by some as the salvation for China’s age-old ivory carving industry, but by others as a threat to conservation efforts for encouraging the trade, according to a report in The New York Times.

In December 2017, Yakutia’s parliament set out a federal draft law “on rational use of mammoth fauna resources”. This year a top economic official in the regional government told Tass that a plan to create a 1.3bn rouble ($23m) joint Sino-Russian mammoth task enterprise was under consideration in order to regulate the industry.

The UK-based animal charity Care for the Wild (now merged with Born Free), outlined in a 2010 report how the mammoth ivory trade had boomed in tsarist Russia, declined in the Soviet era after the industry was nationalised, and taken off again in the 1990s. The Soviet government had established carving schools in Chukotka, another vast Arctic region with mammoth remains, in this case across the Bering Strait from Alaska, and in Yakutsk, the capital of Yakutia.

The bone carving of Chukotka featured at an exhibition at the Garage Museum of Contemporary Art last fall that focused on Congolese art but also addressed Soviet colonialism and “how the Chukchi art of bone-carving has changed over 2,000 years, influenced by internal colonisation”.