Power dressing during the Renaissance required sequins, embroidery, yards of silk and velvet, lace ruffs and swishy short capes. Fans of the costumes in period television dramas can now go to Dresden to see the genuine articles—codpieces and all. 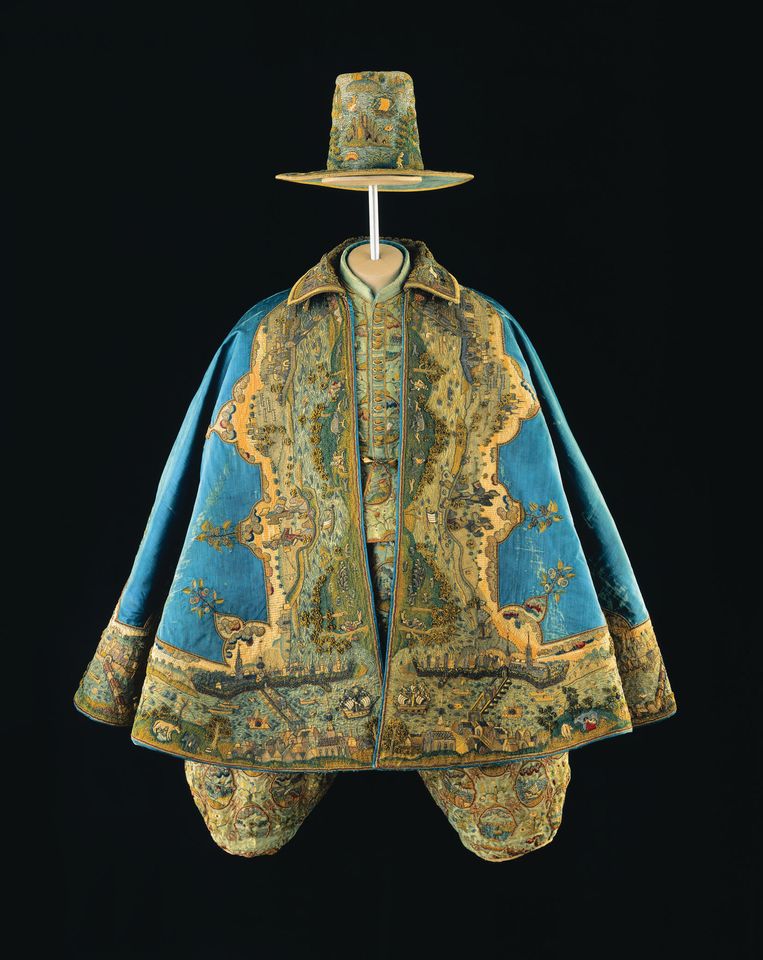 Twenty-seven sumptuous outfits once worn by the Saxon electors for weddings, parades and imperial visits have gone on permanent display in the eastern German city for the first time since the Second World War. The exhibition, The Electoral Wardrobe, opened in April in the newly reconstructed Renaissance wing of the bomb-damaged Royal Palace (Residenzschloss).

Dresden’s collection of Renaissance and Baroque royal costumes is unique, dating back to the 1540s. The extravagant, gold- and silver-threaded dresses of Electress Magdalena Sibylle and her daughter are the only women’s costumes of the period to survive.

“The wearers were in the top fashion league of their era, and of course they set the trends,” says the curator of the display, Jutta Charlotte von Bloh. Europe’s royal families shared patterns, she says. A yellow-and-black silk doublet worn by Elector Moritz of Saxony around 1545 closely resembles those modelled by Henry VIII of England in portraits.

The Saxon electors were aware that their clothing was worth saving for posterity and kept receipts and records of who wore what for which occasion. The tradition began when Moritz died in battle in 1553. His brother August I organised various memorial projects to preserve the costumes as part of their dynastic history.

Returning to view alongside oil portraits of the royal family are such highlights as Johann Georg I’s spectacular “landscape cloak”, a Christmas gift from his mother in 1611. Six metres in circumference, it is made of blue velvet and embroidered with views of his realm: Dresden, the palace and the river Elbe, complete with stone bridges and sea monsters.

Before the Second World War, these historic textiles were exhibited at the Johanneum, a Renaissance-era building on Dresden’s Neumarkt square. When war broke out, they were evacuated to palaces and castles in the surrounding countryside to spare them from the bombs that left the city in ruins. After Germany’s defeat, the Red Army’s plundering “trophy brigades” took millions of German treasures, including the costumes, to the Soviet Union. Joseph Stalin viewed this booty as an opportunity to secure some reparations for the devastation wrought by the German invasion of the USSR.

But in a Soviet gesture of friendship to the communist East German regime, around 1.5 million works of art from museums and private collections returned to Germany in 1958, including the costumes, which were exhibited briefly that year in Berlin. Some are still missing. “We haven’t given up hope that more might still come back,” von Bloh says. Restoring the costumes has required attention from at least 40 textiles specialists over several decades, she says.

The Royal Palace, another victim of the Allied air raids of 1945, is also undergoing major reconstruction. The state of Saxony and federal German government are funding its gradual transformation from a bomb site to a museum complex, with a planned completion date of 2021.

The project has so far cost more than €300m, including the reopening of the Historic Green Vault royal treasure chamber (2006), the Armoury (2013) and the Coin Cabinet (2015). The next milestone will be in 2019, with the opening of the royal state apartments in the west wing.