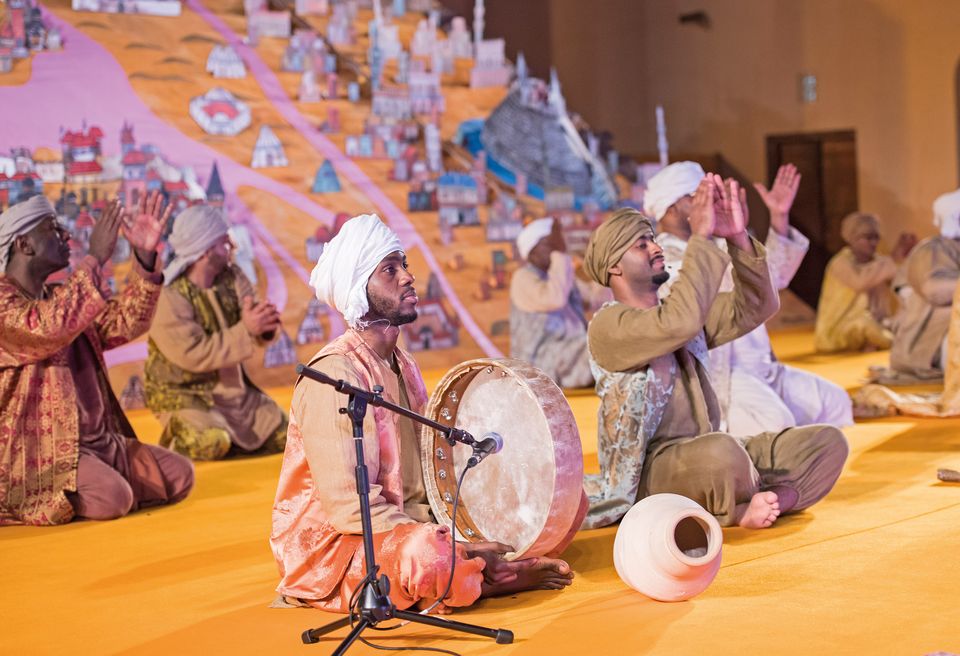 Next time you fly in for Art Dubai, consider arriving four days earlier, because something remarkable happens every year up the road in Sharjah (avoid commuter hours, as the traffic jams are dire). It is the annual March Meeting, which was held this year from 17-19 March—the most stimulating and wide-ranging encounter of minds from the Middle Eastern art world and beyond, organised by the Sharjah Art Foundation, led by Sheikha Hoor Al Qasimi.

The concurrent exhibitions, drawn partly from the foundation’s collection, are just as adventurous. The Egyptian artist Wael Shawky was commissioned to create one of his memorable performances for this year’s programme, producing The Song of Roland: The Arabic Version (2017).

The theme for 2018 was Resistance, a tough word that set journalists from other Arab-world countries aflutter, but which Sheikha Hoor personally approved. As Reem Shadid, the Palestinian curator of this year’s meeting, said, you cannot avoid being political but you do not need to be in-your-face. Indeed, the mere fact of the March Meeting signals resistance to the absence of an art infrastructure in most countries of the region.

Subjects at this year’s meeting included urban planning (in Beirut, where property developers are evicting tenants but an architectural collective is fighting back on their behalf); a clip that went viral—of the Indian prime minister, Narendra Modi, insulting a servant—which an artist incorporated in a video; art-house cinemas in Dubai; challenges in Karachi versus those in Beirut; art and ecology; and repressive teaching in Ba’athist Syria.

The longest applause was for two revered African intellectuals, Salah Hassan from Sudan and Manthia Diawara from Mali. Quoting the Caribbean French philosopher Edouard Glissant, Diawara said that he would “rather be the person trying to cross the border than the person guarding it, because the former is full of hope, while the other has a closed mind”.