Restoration for early Renaissance pulpit will get the big-screen treatment 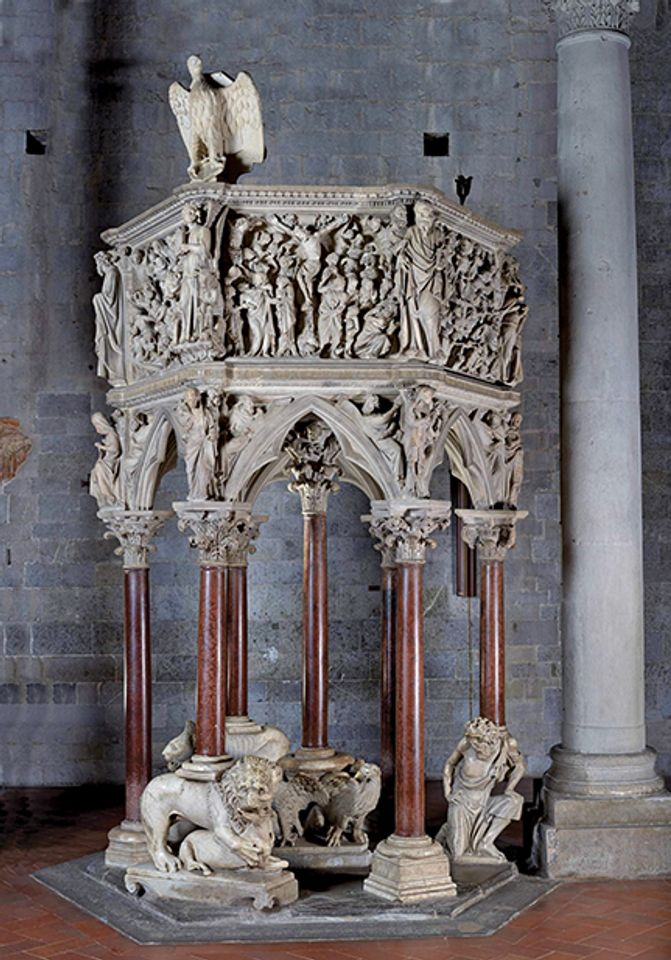 A pulpit carved by Giovanni Pisano is to be restored in Pistoia, Italy Photo: Nicolò Begliomini; courtesy of Friends of Florence

Italian cultural officials have joined forces with the University of Florence and a non-profit group to rescue a renowned pulpit in the Church of Sant’Andrea in Pistoia whose carved marble elements are crumbling.

The 1301 carved pulpit, created by Giovanni Pisano, will undergo a two-year intensive monitoring programme followed by conservation financed by €230,000 raised by the Washington, DC-based non-profit, Friends of Florence. The first step will be to attach probes to the pulpit that take readings, "inch by inch", and route information to a computer to establish whether the overall structure is compromised, says Simonetta Brandolini d’Adda, the group’s president.

The Sant’Andrea pulpit, which stands on seven slender red marble columns, is considered an early Renaissance masterpiece because of its lifelike sculptures, by turns anguished and lyrical. Four of the columns are variously adorned at the base with a winged lion, an eagle, a gryphon, a lion killing a horse, a lioness with her cubs and a male figure identified as Adam or Atlas. Topped by Corinthian capitals, the columns also support trefoil arches featuring biblical prophets and sibyls. Above are panels crowded with biblical figures in scenes ranging from the Annunciation to the Last Judgement. 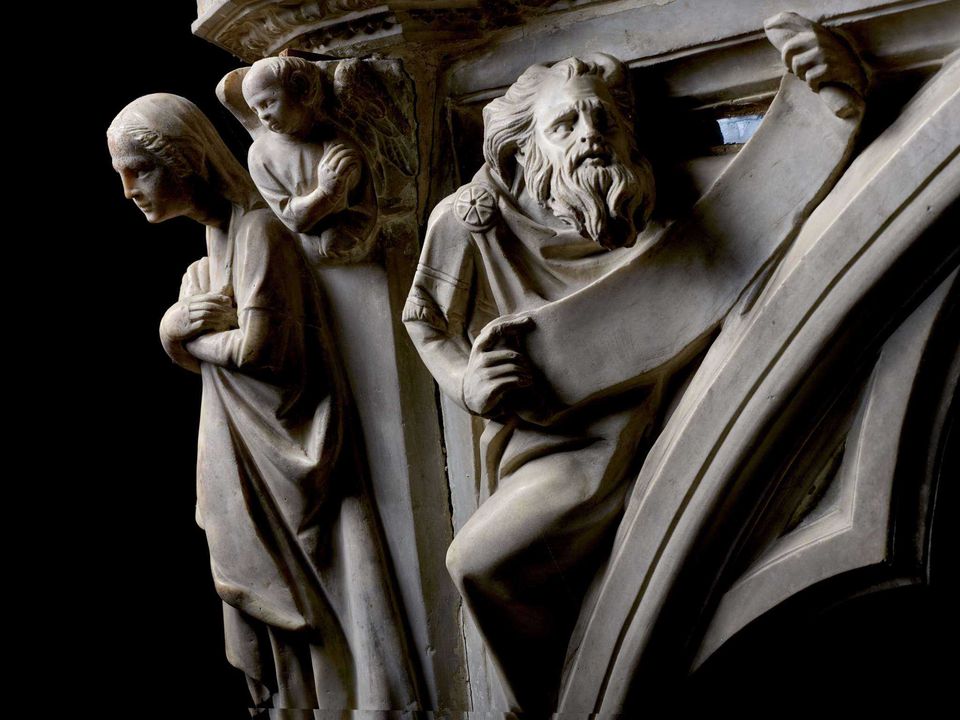 Detail of the pulpit to be restored in Pistoia, Italy Photo: Nicolò Begliomini; courtesy of Friends of Florence

The hexagonal pulpit will undergo a light cleaning to remove dust, dirt and wax deposits that have dulled the surface and yellowed the white marble, Friends of Florence says. Old and partly degraded fillers between fissures in the figures will be replaced with more stable materials to ensure that internal metal pins are no longer exposed to air and to resulting oxidisation, which causes cracking.

Brandolini d’Adda says that visitors to the church will be able to watch the restoration process as it is broadcast on big plasma screens.

Since its founding in 1998, Friends of Florence says it has donated $10m for conservation projects in the region, including the retrofitting of the Botticelli room at the Uffizi Gallery.