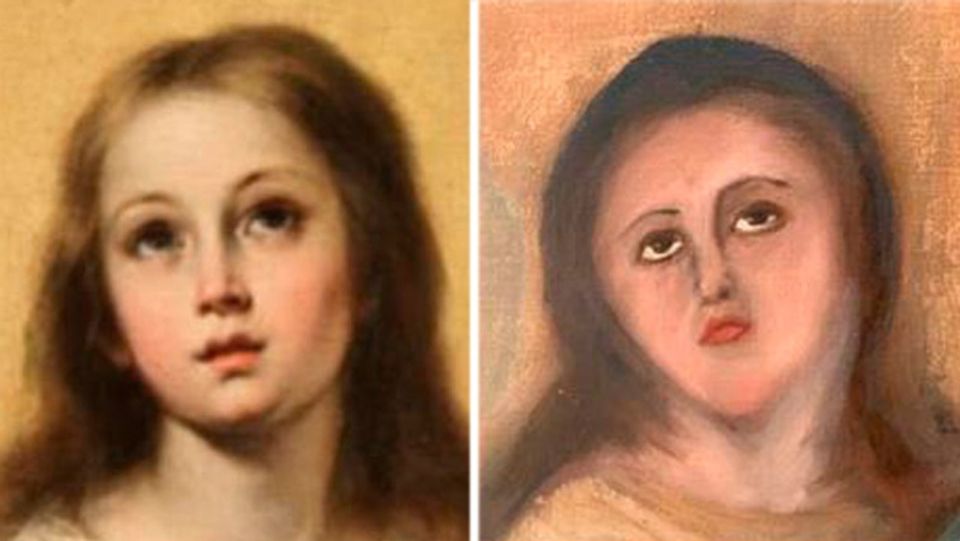 The angelic face of the Virgin Mary has been left unrecognisable after a furniture restorer attempted to treat a painting of the Immaculate Conception. Owned by an anonymous Valencia-based collector, the painting—which is a copy of a 17th-century work by the Spanish Baroque artist Bartolomé Esteban Murillo—was sent to an unnamed furniture specialist to be cleaned at a cost of €1,200, according to the Spanish outlet Europa Press. Upon seeing the first attempt the owner requested that the painting be fixed, only to be made worse. The collector has now contacted a trained painting specialist in the hopes of restoring the work.

The incident has sparked debate in Spain’s art conservation community, which says the country needs stricter rules on the restoration of art and heritage. “The works that undergo this type of non-professional intervention can end up irreversibly damaged," says María Borja, one of the vice presidents of Spain’s Professional Association of Restorers and Conservators (ACRE), speaking to Europa Press. She adds that setting up regulations for the industry is one of the fundamental objectives of ACRE. 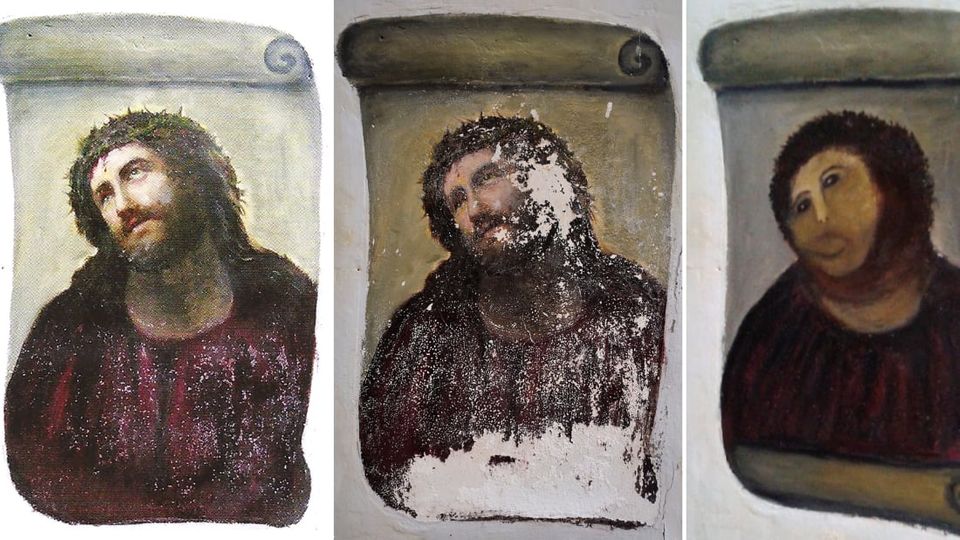 This case is the latest in a long line of infamous botched restorations in the country. In 2012, an Ecce Homo fresco in the Santuario de la Misericordia in Borja was “treated” by a well-intentioned but untrained parishioner—the resulting distorted image became known as the “Monkey Christ”. A few years later in 2016, a 16th-century polychrome statue of Saint George and the dragon in Estella in northern Spain was painted lurid shades, and then again in 2018, a group of Renaissance-period religious sculptures in Ranadoiro, also in the north, fell foul of well-meant but disastrous amateur restoration efforts, after they were painted over in gaudy colours.

Borja says that non-professional restorations like this often only come to light through viral social media ridicule but that there are many more examples out there. "They are unfortunately much more frequent than you think," she says. "Spain's cultural heritage is in a fairly vulnerable situation."