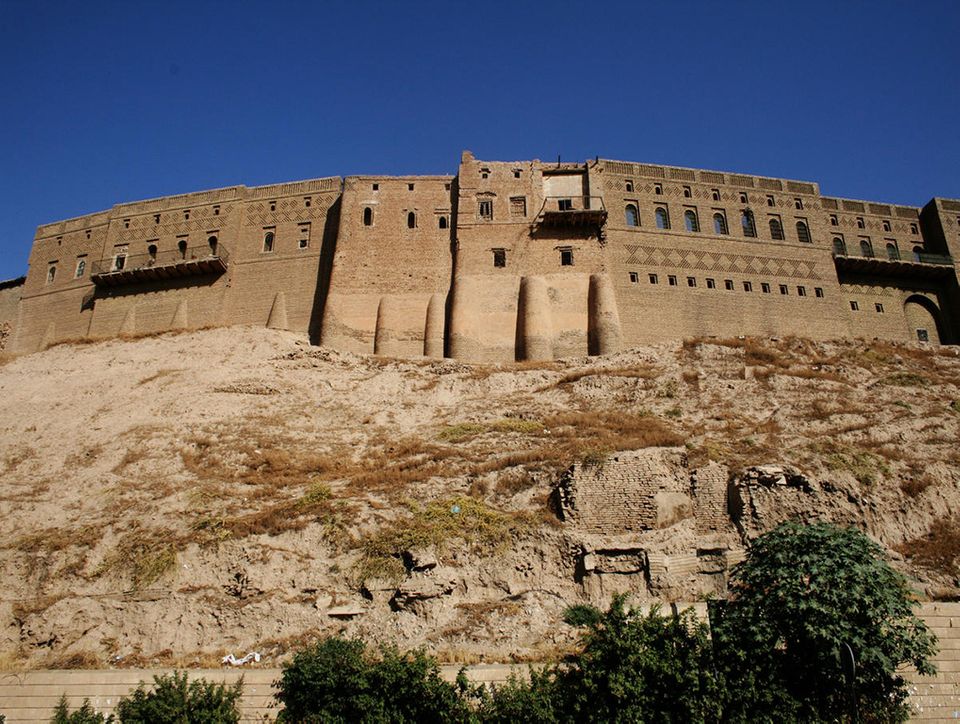 Walking up the steeply graded hill that leads to the entrance of the Erbil Citadel is literally a journey through history. The Unesco World Heritage site is a 32m-high tell, or mound, made from layers of civilisations stretching back to the fifth millennium BC, topped by a layer of 19th-century late Ottoman architecture.

On a recent jaunt amid throngs of local and international tourists, a reporter noticed a woman walking down toward the historic bazaar. It was Angela Merkel, the German chancellor. Her visit bodes well for the Citadel, which recently received an injection of funds from the European Union for the rehabilitation of its oven-fired-brick courtyard houses and public buildings.

In an agreement signed last year with Unesco and the High Commission for Erbil Citadel Revitalisation (HCECR), run by the Kurdistan regional government, the European Union committed €5m for rehabilitation of historic buildings in and around the Citadel. The funds are also earmarked to support cultural activities and training in heritage management and tourism in the hope of generating employment opportunities for the local community and refugees.

The donation bolsters a rehabilitation effort that was jump-started after the commission was established to coordinate the citadel’s restoration in 2007. Seven years of meticulous documentation and preparation by the HCECR and and the Unesco World Heritage Centre followed. Then, just as the hard work had begun to pay off with the Citadel’s designation as a Unesco World Heritage site in 2014, the Islamic State invaded Iraq. While the Citadel and Erbil itself were protected by the Kurdish peshmerga forces, a financial crisis related to the ISIS offensive quashed funding from the Kurdistan regional government.

As the Kurdish economy slowly recovers from the fallout of the ISIS onslaught and ongoing regional tensions are negotiated, individual donors–mainly local oil companies– have stepped up to underwrite the restoration of specific buildings in exchange for plaques bearing their names. So far about 15% of the structures targeted for rehabilitation have been restored, according to the chief site architect, Ranan Tawfiq. In most cases people have temporarily been moved out of the Citadel to make way for the renovations.

In a promising sign after the cutoff in funds, Tawfiq said the new prime minister of the Kurdistan region, Masrour Barzani, visited the citadel last November and pledged a yearly donation of $500,000 to be used for conservation, management and administration.

Foreign governments are also assisting with rehabilitation projects. Two US federal grants totalling $800,000 will go toward the repair and restoration of the old hammam, or bathhouse, as well as the conversion of three Ottoman-era houses into an interpretation centre for children. The work will be overseen by the World Monuments Fund in collaboration with the HCECR.

Long before the ISIS crisis, the French government began restoration of the Shihab Chalabi house in 2011. Its alabaster archways now mark the entrance to the offices of the Iraqi branch of the French Institute of the Middle East. One of seven historic villas belonging to Iraq’s Chalabi family, it was rehabilitated with the aid of a €200,000 donation to the institute from the French cement company Lafarge and now rubs shoulders with the Erbil Citadel Cultural Centre, which hosts performances and art exhibitions. Adjacent to the centre is a 1930s house repurposed as the Kurdish Textile Museum.

As preservation and rehabilitation work on the Erbil Citadel continues, its cultural mission expands, with new galleries planned as well as performances at the outdoor amphitheatre near the Citadel’s south gate. A recent event featured flamenco musicians who jammed with a Kurdish band. A few hundred metres away, the Kurdish Music Archive invites visitors to listen to rare recordings of maqam by an array of Turkoman and Kurdish, Jewish and Muslim singers, many of whom lived, performed and recorded their music in the Citadel.

“The Citadel has always been a cultural centre,” says Nihad Khoja, head of the HCECR, “and so the tradition continues.”

While today a Kurdish flag flies prominently at its centre and the Kurdish arts are celebrated here, Khoja says the citadel’s tradition has always been one of diversity. It’s not about one specific race or nation,” he says. “It’s about the culture of humanity and the peoples who have inhabited this area, the Assyrians, Medians, Arabs, Christians, Jews, Turkmen– we inherited this culture.”

Brendan Cassar, Unesco’s head of culture for Iraq, says he views the Citadel not just as “a document of the ancient history of the city” but as a “nexus for cultural industries and heritage tourism”. The long-term goal is “about finding functions for buildings that exist”, he said–“not just conserving buildings and leaving them empty”.