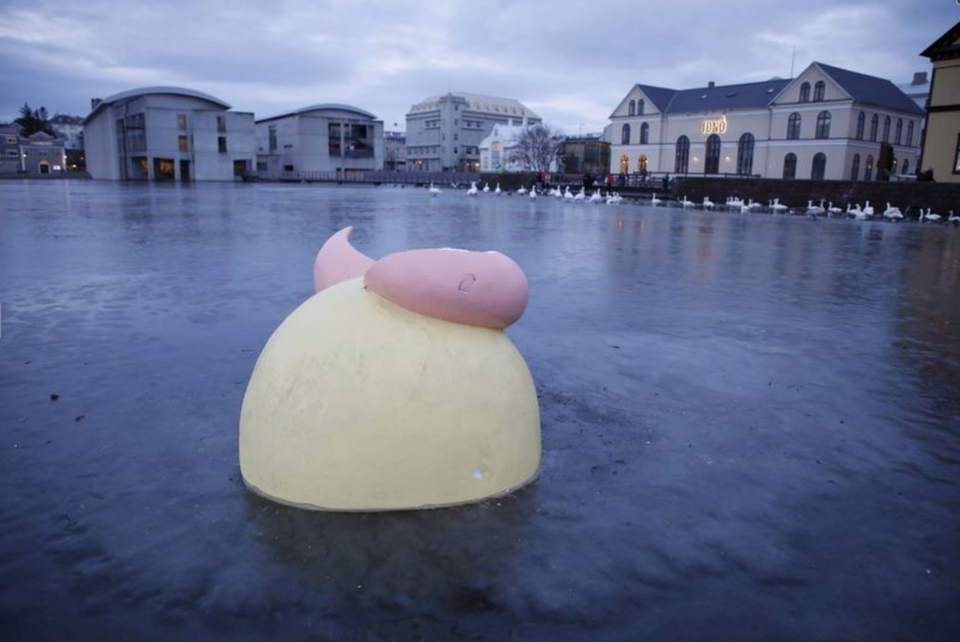 The Little Mer-Sausage sculpture that has shocked—and endeared itself to—the residents of Reykjavik has been destroyed in a random act of violence following a week of political tumult in Iceland.

On the morning of 7 December, a passer-by discovered the castrated hot-dog sculpture which was erected in Tjörnin pond as part of the Cycle Festival of Music and Art in October.

Although the details are still unclear, the anonymous vandal managed to completely detach the sausage from its tail, later found in bushes not far from the pond.

The festival director's Gudny Gudmundsdottir went through surveillance footage of the destruction of the work but was unable to identify the perpetrator.

"We’ve gone over some footage of it during the night of 6 December but it only takes a photo every two minutes, so in-between these two minutes it’s standing and then it’s gone," she says. "The pond is covered in ice so someone probably just walked by and gave it a big karate kick." 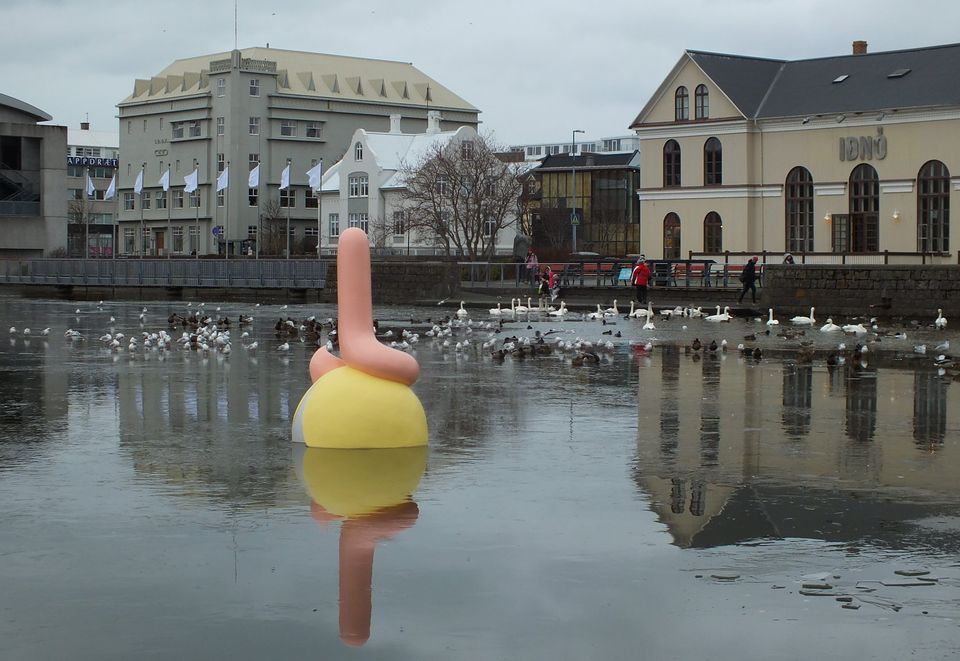 The vandalism against the Little Mer-Sausage came after a week of political scandal in Iceland after a video surfaced showing politicians from the opposition People’s Party making misogynist, anti-disabled remarks in a bar in the city.

"I don’t know if the two things have anything to do with each other, but many people see it like that," says Steinunn Gunnlaugsdóttir, the artist who created the work.

She seems unconcerned about the damage to her work. "I’m fine with it for me it is just part of putting artwork into public space,” she says. “[The public attention] was surprising to me actually but fun, the work spoke to people in very different ways."

Gunnlaugsdóttir will now undertake the task of returning the Little Mer-Sausage to its former glory. The temporary installation now has permission to stay in situ for a further two months.