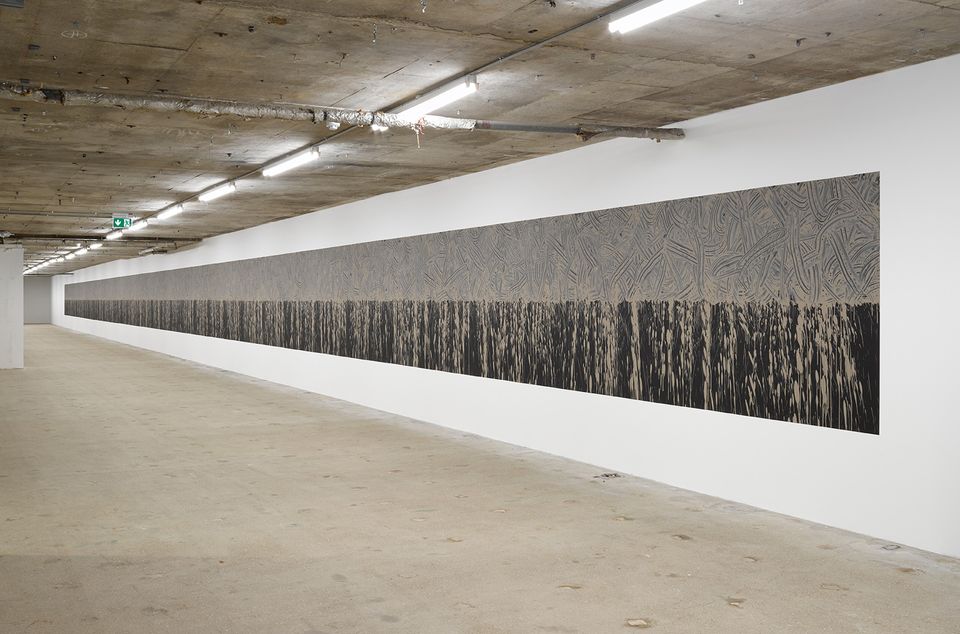 The artist Richard Long had only “one day to prepare” and “a couple of hours to make” his new 60m-long mud wall-work, which is due to be unveiled in London tomorrow in Lisson Gallery’s 50th anniversary group show at Store Studios, in collaboration with The Vinyl Factory (until 10 December). “I work fast,” he says, explaining that he could not get into the space earlier because the venue was booked for London Fashion Week, which ended on 24 September. Long created the piece using his beloved River Avon mud. “I could easily have used Thames mud, but I was dissuaded on grounds of ‘permission’,” he says.

Like many works by the British artist, the piece is temporary, existing only for the exhibition’s run. “In an ideal world, I would like more of my wall-works to be permanent. By now, quite a few are, but the temporary nature of this work would not stop me from wanting to make it,” Long says.

This year also marks the 50th anniversary of Long’s early performative land-art piece A Line Made by Walking (1967), which “opened the possibility of walking as a medium”. It has had a profound influence on his work since, the artist says.

Meanwhile, outside London, Long has a major solo exhibition at Houghton Hall in Norfolk (until 26 October).