Richard Mosse calls for humanity and solidarity over refugee crisis

Whether through language or images, studies have shown that the media has played a significant role in dehumanising refugees. The Irish artist Richard Mosse, whose video installation of people fleeing countries including Syria, Iraq and Afghanistan went on show at the Barbican this week, says humanity is in desperate need of being preserved.

Mosse describes Incoming, his 52-minute black-and-white video shot on a thermal military camera that “picks up the glow of bodies” from more than 30km away, as a “humanist project”. “The camera dehumanises the subject. Whether it captures refugees, humanitarian workers or border police we are all rendered the same, as biological traces. Paradoxically it shows that we are all human,” he says.

Over the past two years, Mosse and his cinematographer, Trevor Tweeten, have been filming the journeys of migrants, from overcrowded boat crossings to refugee camps. Many of the scenes are filmed from a slightly raised vantage point “as if the camera is surveying the perimeter walls of a refugee camp”, Mosse says. The effect, the artist suggests, is similar to a Brueghel or Bosch painting. “Scenes are viewed from a slightly antiquated perspective.”

Mosse's work sits somewhere between contemporary art and documentary photography. “The work is documentary in spirit in that we are leaving the artist’s studio and going to these places where history is unfolding,” he says, adding that the work “is a document but also art”.

Ultimately, however, Mosse’s ambitions for the work are very real. “The project is really about trying to look at how our governments reflect refugees and to remind people that they are human,” he says. “We are team players, working alongside the humanitarian workers and liberal politicians in the fight against the creep towards totalitarianism. A work of art won’t save a life, but it might shift people’s perceptions.”

Also on display in the Barbican show (until 23 April) are two of Mosse’s large-scale Heat Map prints. Eight more images from the same series are on show at Jack Shainman gallery in New York (until 11 March). 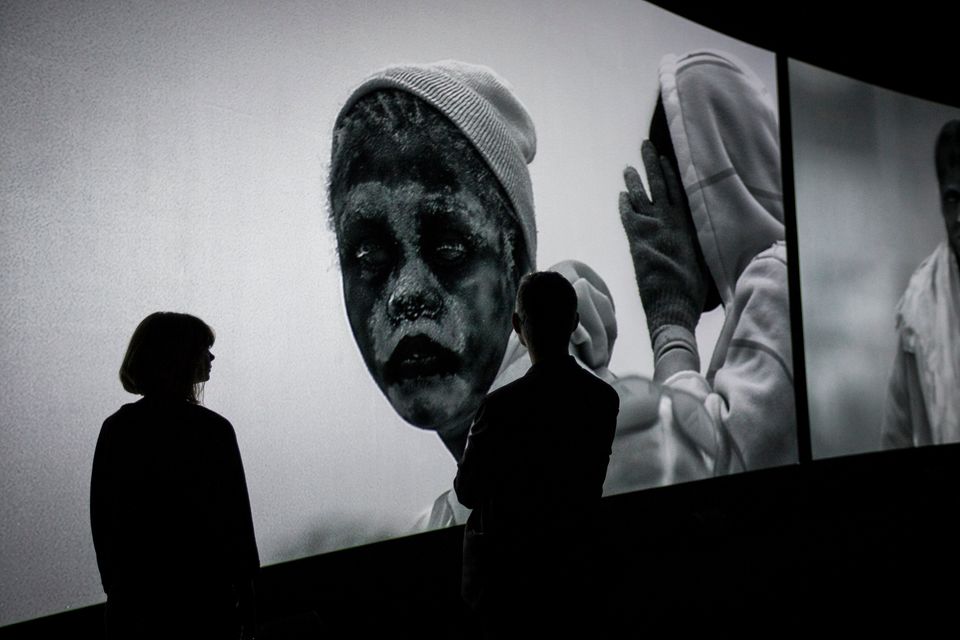