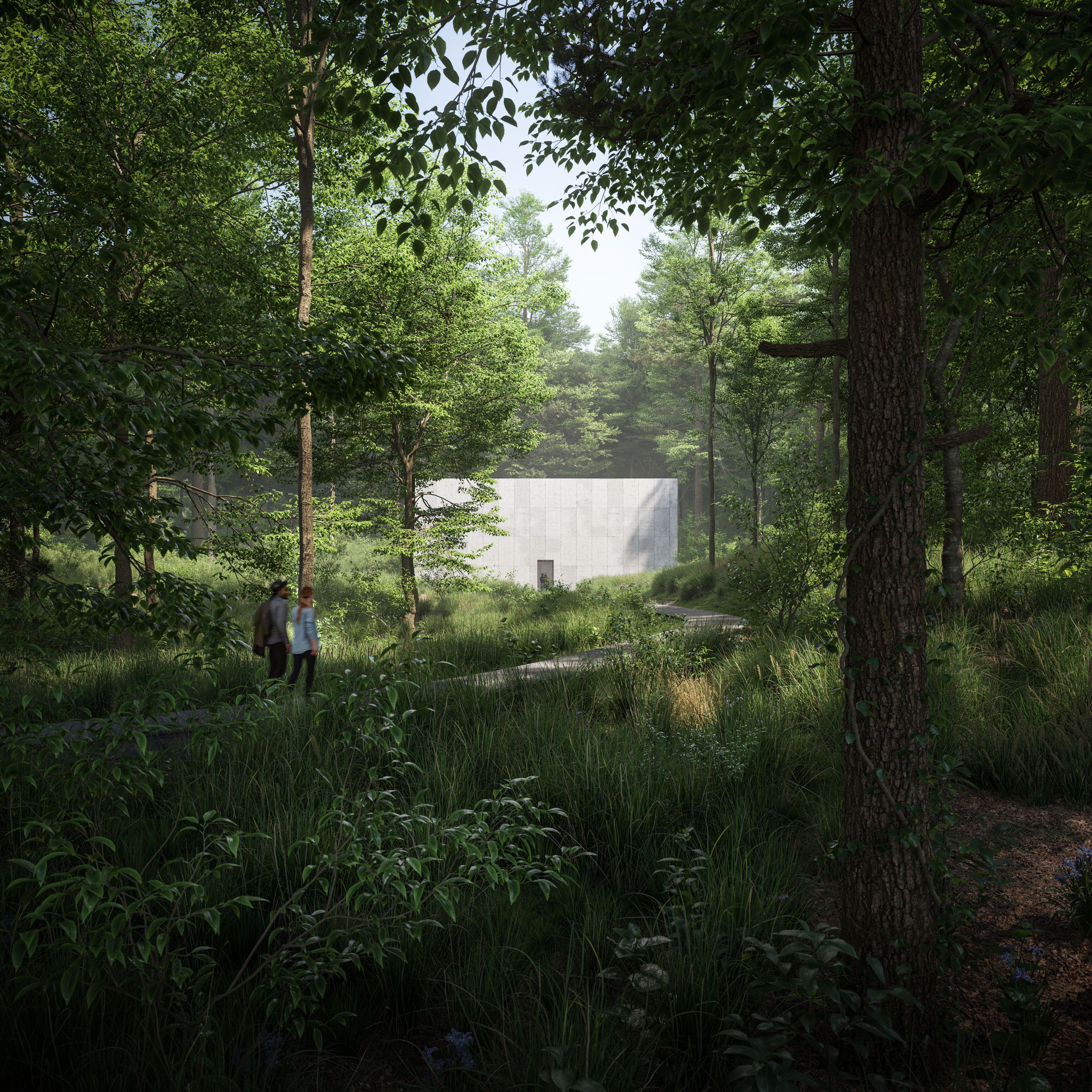 The Glenstone Museum in Potomac, Maryland—a private institution about 40 minutes outside of Washington, DC—announced today that it is constructing a new building on its nearly 300-acre campus specifically to house a single large steel work by Richard Serra. To enter the new building, visitors will cross a bridge over the Greenbriar Stream before following a long, wooded path to the solitary structure.

“We began planning a couple of years ago with the idea that people could experience this new project, set along the Woodland Trail, as both a sheltered indoor work and an outdoor piece sited in the landscape. The onset of the pandemic delayed construction for us, as it did for everyone, but we were at last able to break ground this past spring,” says Emily Rales, who directs the private institution she co-founded with her husband, the billionaire businessman and Modern and contemporary art collector Mitchell Rales. Glenstone is already home to two large-scale outdoor Serra works on permanent display on the museum’s grounds, Sylvester (2001) and Contour 290 (2004). It also has three of the artist’s early sculptures from the 1960s in the galleries, Corner Prop (1969), To Lift (1967) and White Neon Belt Piece (1967).

“Richard, of course, is one of the greatest living artists, and his work is already an important part of Glenstone,” Emily Rales says. The artist is collaborating with the architect Thomas Phifer to design the 4,000 sq ft extension, which is expected to open to the public by next summer. Phifer also recently oversaw Glenstone’s major expansion known as The Pavilions, which opened in 2018.

“Tom is a great architect who helped shape and define Glenstone as the designer of the Pavilions,” Rales adds. “What’s wonderful is that the two of them have worked together on the design of this building. The third crucial element is the landscape. Adam Greenspan of PWP Landscape Architecture has extended the Woodland Trail design. Visitors will reach the new building by crossing a bridge over Greenbriar Stream, then going along a curving, beautifully planted path.”