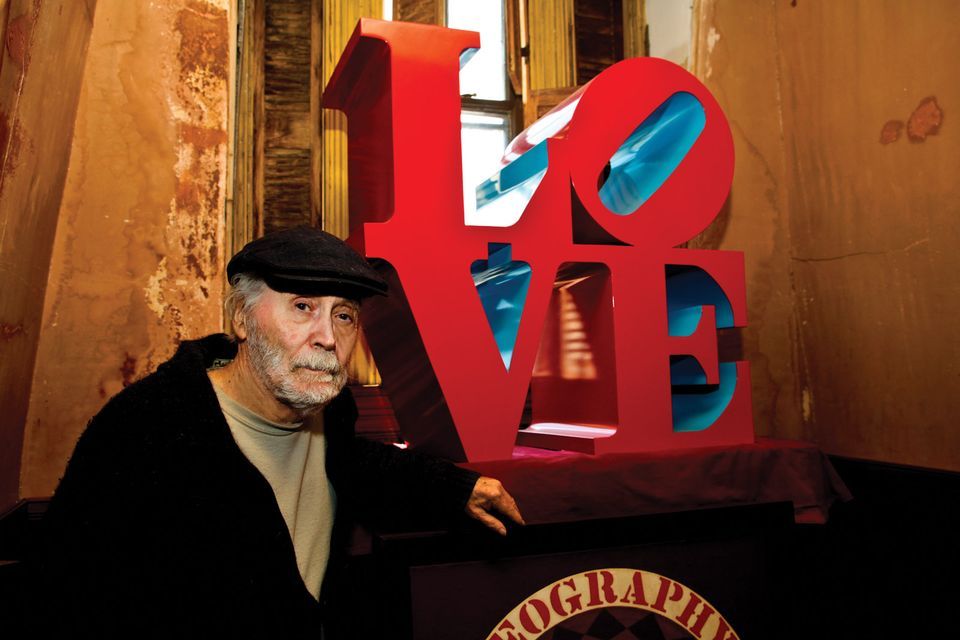 Loving it: Robert Indiana with a version of his most famous work Photo: © Joel Greenberg. Courtesy of the Morgan Art Foundation

Robert Indiana’s estate is seeking to block the reproduction of some of the US artist’s most famous works, including his LOVE and HOPE images and his Number sculptures.

In a fresh filing in a New York federal court on 10 May, James W. Brannan, the estate’s personal representative, claims the licensing agreements for Indiana’s work ended when he died last May.

One of the agreements, first signed in April 1999 and amended in 2004 according to court papers, was with the Morgan Art Foundation and Simon Salama-Caro, Indiana’s agent and an adviser to the Morgan. The other agreement was with Michael McKenzie, whose publishing company, American Image Art, printed some of Indiana’s works later in his life.

According to the papers, the April 1999 agreement “did not provide Indiana with any compensation for this purported broad transfer of Indiana’s rights in his life’s work”. Instead, Indiana was to receive 50% of sales profits, “after the deduction of a long list of expenses”.

A later agreement, made in December 1999 concerning Indiana’s sculptures, stipulated that Morgan would pay Indiana 20% of the receipts received. An amendment was made to allow the fabrication of marble sculptures, but the Morgan allegedly also created and sold LOVE sculptures fabricated in travertine, granite and malachite.

The complaint alleges the Morgan “never” paid Indiana his percentage within 30 days of each sale. “Instead, once a year, Morgan sent Indiana a check accompanied by a single-line statement of a dollar amount that was ‘payable to Robert Indiana’—without any explanation as to how the amount was calculated, what works Morgan had sold, to whom, at what price, and what expenses had been deducted.”

Brannan says all agreements, amendments and subsequent modifications, including “any authorisations from Indiana concerning a catalogue raisonné” were “terminated on the death of Indiana”. Salama-Caro is currently working on the artist’s catalogue raisonné, due to be published this year.

Luke Nikas, a partner at Quinn Emanuel Urquhart & Sullivan, says the Morgan Art Foundation “entered into binding contracts with Robert Indiana and spent a fortune funding Robert Indiana’s artistic creations when no one else would. It has paid Indiana millions of dollars”. He adds: “Simon Salama-Caro has devoted nearly three decades promoting Indiana and his works, a relationship that started when Indiana’s market was negligible.”

Describing the estate’s claims as false, Nikas says the 10 May filing is an attempt by the estate’s representatives “to line their pockets with money that should instead be used to renovate Indiana’s beloved home and support Indiana’s non-profit foundation”. McKenzie could not be reached immediately for comment.

Nikas says he is now seeking sanctions against the estate and Jamie Thomas, who had been the artist’s caretaker during the last two years of his life and obtained Indiana’s power of attorney in 2016. In a letter to judge Barbara Moses dated 22 February 2019, Nikas says the Morgan “recently learned from the estate that all or virtually all of the emails maintained in Robert Indiana’s email account have been deleted and permanently destroyed. These emails are critical records that bear on the core issues in dispute, written and maintained by the artist at the centre of this litigation”. Thomas has denied deleting the emails.