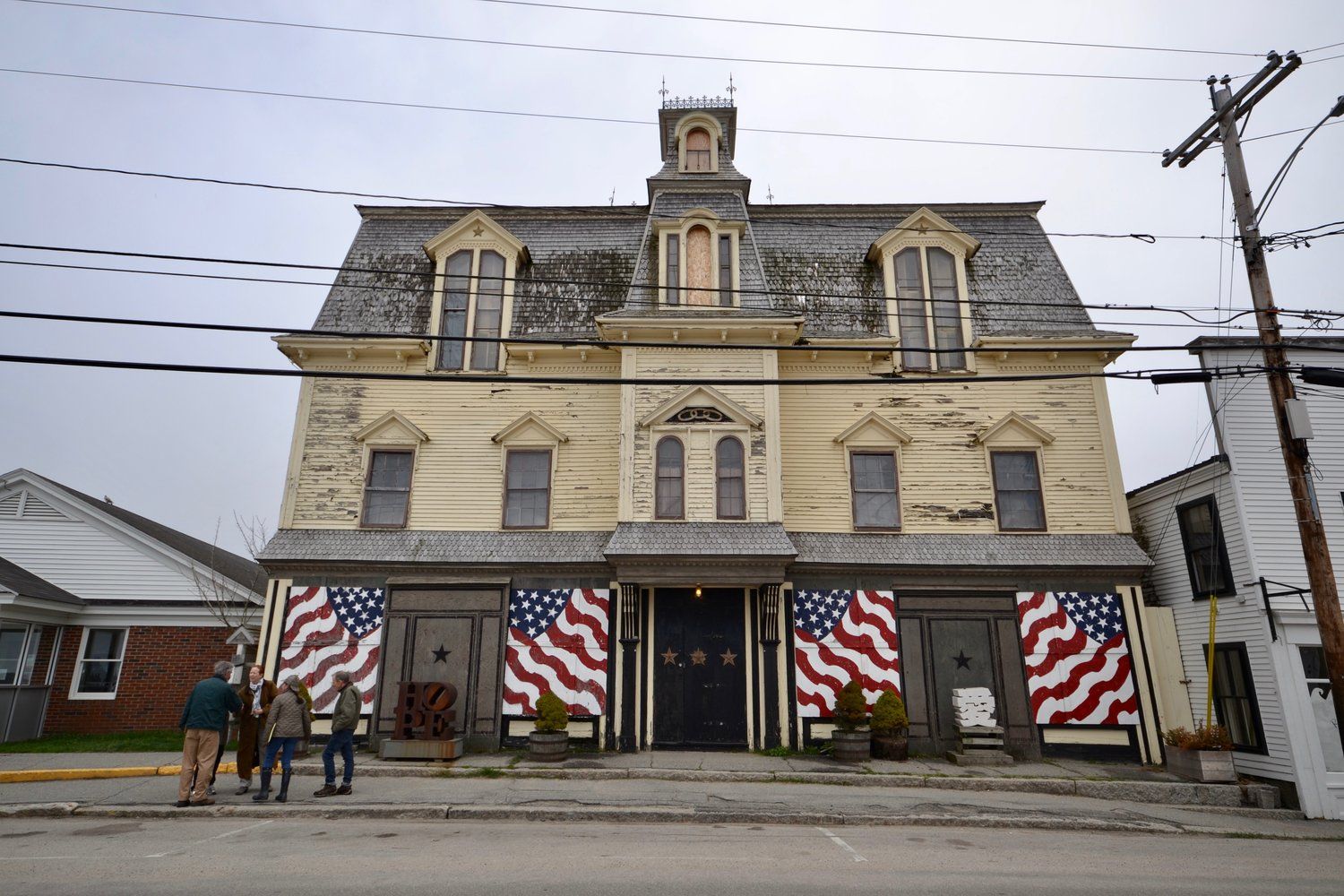 The Star of Hope Foundation is working to turn the artist Robert Indiana's former home on the island of Vinalhaven, Maine into a museum Photo: Maine Preservation

In an effort to bring an end to a costly legal battle over the estate of the artist Robert Indiana, which has already racked up more than $5m in lawyer fees, the artist’s foundation in Vinalhaven, Maine and the foundation that for decades represented and sold Indiana’s work have reached an agreement over the control of his legacy.

The deal, which was reached through the oversight of Maine’s attorney general, Aaron M. Frey, calls for the two organisations, the Star of Hope Foundation and the Morgan Art Foundation in New York, to work together to settle the estate. Under the deal's terms, they would transfer the remaining assets, estimated to be around $90m, to the Star of Hope Foundation to get it up and running as a non-profit and museum based in the artist’s former home. “It is my hope that this first step will lead to the swift resolution of the remaining issues so the estate can be brought to closure and the foundation fully funded and operational,” Frey says in a statement.

The agreement also aims to supersede actions taken by Indiana’s personal lawyer, James Brannan, the estate’s executor, whom Morgan accuses in its court filings of failing to fulfill his fiduciary duties and of fiscal waste. “Brannan admitted at his deposition that the Star of Hope specifically instructed him to settle and end the estate’s litigation with the plaintiffs. And that he point-blank refused, against the wishes and express instruction of the sole beneficiary of Indiana’s will,” writes the Morgan’s lawyer, Luke Nikas, in a letter to the US District Court judge overseeing the foundation’s various lawsuits tied to the estate.

“Instead, [Brannan] spent millions of dollars of the Star of Hope’s money against its will even after the Star of Hope’s request to settle (and has now spent more money than Indiana had in his bank account when he died). He has confirmed that he will continue to refuse the Star of Hope’s request to settle the case.” As part of the deal, the two foundations are seeking to have the pending lawsuits and counterclaims related to the estate dismissed, which would save “millions of dollars” of “legal fees, expert fees and costs to pursue discovery” that would be incurred if the cases were taken to trial.

Brannan told the Portland Press Herald, which first reported on the agreement: “I cannot agree to any settlement until I have seen it and consider it to be in the best interests of the estate and Bob’s legacy.” He added that he planned to continue with his case against the Morgan Art Foundation, and would be conducting depositions of key figures this week.

The Star of Hope Foundation, which is not involved in any of the lawsuits, was not able to immediately respond to The Art Newspaper's request for comment about the deal, but according to news updates posted on its website, it is steadily working to save and restore Indiana’s former home on Vinalhaven’s Main Street, which had fallen into disrepair. A temporary roof has been installed in time for winter, preventing any further damage to the three-storey building, which had been had become infested with vermin and rot due to water damage, according to documents filed in Knox County Superior Court.

The home “was in rough shape but now, with the building stabilised, we can move ahead to establish something that promotes arts education and fulfills the mission of the Star of Hope Foundation,” Kris Davidson, a foundation board member and life-long resident of the Maine island where Indiana spent the end of his life, said in a statement released this summer.

Larry Sterrs, the foundation’s chairman, said in the same statement that he expects planning efforts to continue through the winter of 2021. The foundation’s mission is to promote education of the visual arts through exhibitions, a museum, artist-in-residence programmes and other outreach efforts.