Brexit not a factor in dip in auctions in Europe and the Middle East, says auction house's Emeri president Dirk Boll 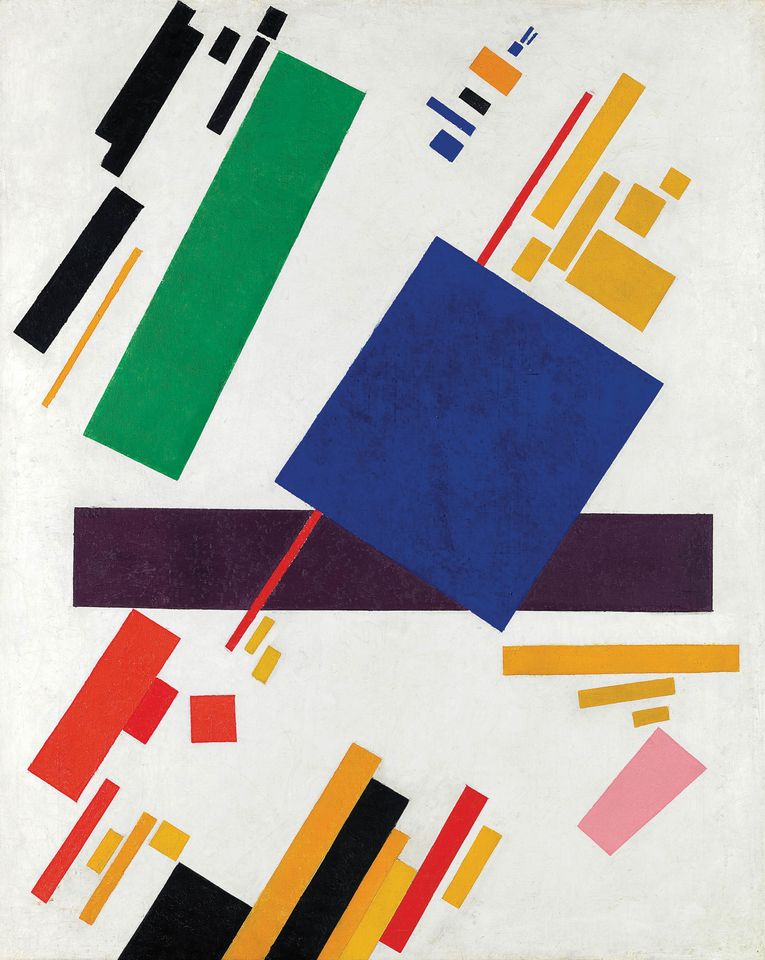 Kazimir Malevich's Suprematist Composition (1916), which made an artist record $85.8m at Christie's in May 2018 Christie's Images

Largely buoyed by the record-breaking sale of Peggy and David Rockefeller’s collection in New York last May, Christie’s announced today, 7 February, that sales reached £5.3bn ($7bn) in 2018, its highest ever total.

The 2018 results represent a 3% increase on 2017, which was always going to be a tough year to follow after Christie’s sold Leonardo Da Vinci’s Salvator Mundi for $450m, prompting auctioneer Jussi Pylkkänen to opine: “There’ll never be another painting that I shall sell for more than this painting.”

Dirk Boll, the president of Christie’s in Europe, the Middle East, Russia and India, says the “Rockefeller effect” boosted sales in the US. “Clients like to go to the platforms they have read about as being successful. Some of our clients preferred the US over the UK, but this is an American situation, not a UK issue,” he stresses. The Rockefeller sale raised $835m alone—a record for a private collection at auction.

Brexit has brought a level of uncertainty to the art market, but Boll, who heads up Christie’s Brexit committee, believes the impending 29 March deadline for the UK to leave Europe has not been a factor in the decrease in sales in 2018. “It’s too early for the Brexit discussion, but 2019 figures will be interesting,” he says. “Our February sales are the biggest ever in London, so let’s see how that translates into results.”

He adds: “The relevant dates for us are payment days for both buyers and vendors. I should imagine European buyers will be paying fairly quickly and getting their works shipped before 29 March.”

Boll also notes that less than 20% of buyers in the London sales are from the continent, with most coming from London, the US, Asia and the Middle East. “People perceive London as an attractive marketplace this spring despite Brexit,” he says.

Asia spending, meanwhile, continues to expand, albeit tempered by a slowdown in growth in the Chinese economy. “People have been a bit more conservative, but Chinese buyers are still very active,” Boll says.

Online saw the biggest growth: up 16% to £188.3m compared with £165.6m in 2017. Boll notes how online sales have been the number one recruiter for new buyers (41%). “What is great is that, in a relatively short period of time, they start a client journey and move into live sales in the saleroom,” he says.

At present, high value lots are offered in live sales as opposed to online, where most works are traded under $10,000. But Boll believes that gap will narrow “with the arrival of the internet natives in the coming years”.

Looking forward, Boll is cautiously optimistic. He says the decision to not replace Francis Outred and Loic Gouzer, two high-profile executives who left Christie’s at the end of last year, is not a matter of trimming the fat.

“Before we do an expensive hire from outside, we look at our own talent pool,” he says. “That’s what we did with Katharine Arnold and Cristian Albu, who have been promoted to co-heads of the department. It’s not about saving costs, it’s such an important department. It’s about the next generation.”

What does Boll make of Sotheby’s chief executive Tad Smith’s prediction that 2019 will be “more subdued”? “It’s absolutely impossible to predict, because something could be just around the corner, Mr Trump does or says something and whole markets follow,” he says.

He points to the discussions around global interest rates and the trade war between China and the US as among the factors to most influence the art market in 2019. “The bigger markets are always an indication for our market because money needs to be earned somewhere to be spent here,” Boll says. “In a modest way I’m confident. People will always buy art, it’s other things people tend to avoid buying at times like these.”

Meanwhile, last week, Christie’s competitor Phillips also announced its highest sales total to date, rising by 29% to $916.5m in 2018 from $708.8m in 2017, driven by sales of 20th-century and contemporary art. Auctions accounted for $794.3m of the total in 2018 ($625.4m in 2017) while private deals amounted to $122.2m, compared to $83.5m in 2017. Phillips’ chief executive Edward Dolman said in a statement: “Our strategy of focusing exclusively on the 20th and 21st centuries, our continued expansion in Asia, and our move to increase our Modern Art offerings have all played a role in our remarkable growth.”