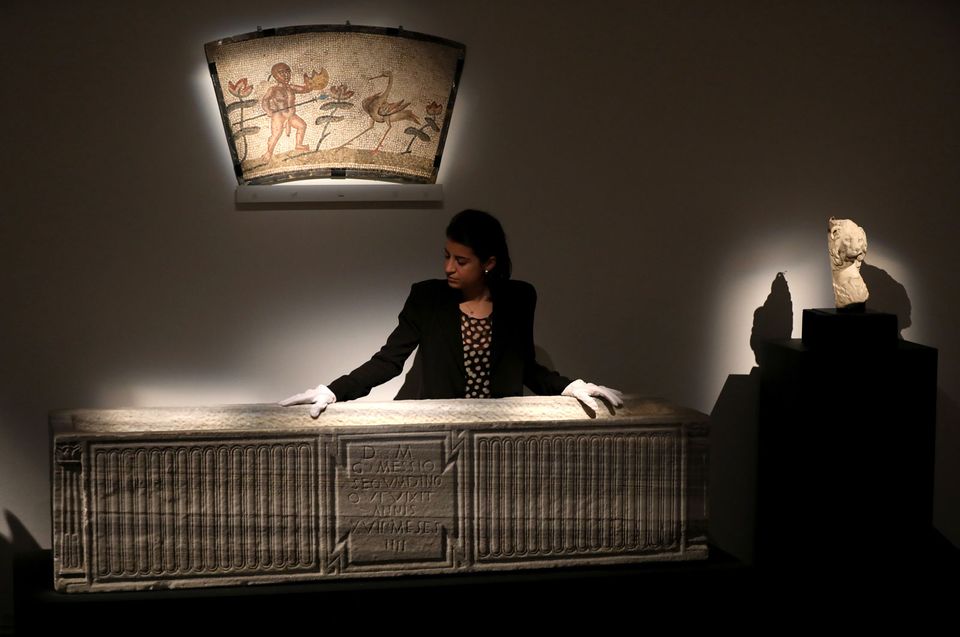 The handsome but rather severe exterior of a white marble Roman sarcophagus, included in the Sotheby's Ancient Sculpture auction on Wednesday, gives no clue to the drama of the afterlife of its occupants. The first, a young man who died in the late third or early fourth century, was unceremoniously evicted more than 1,500 years later to make way for a small dog who had retired from a career in show business to become an aristocratic pet. Both their skeletons are now lost.

The sarcophagus was excavated just outside Rome in 1828 by the first Duke of Buckingham and Chandos, the extravagantly named and extravagant by nature Richard Temple-Nugent-Brydges-Chandos-Grenville, connoisseur, amateur archaeologist, and helplessly spendthrift son of Prime Minister George Grenville.

His excavation came during what was intended to be a less than grand tour, an escape from his innumerable creditors, but the spending continued unchecked and he sent crate after crate of new prizes back to his palatial home, Stowe in Buckinghamshire. Before shipping the marble he had the bones tipped out—or "carefully replaced in the earth" according to one improbable account—and nine years later he recycled it as a tomb for his beloved pug dog, Harlequin. 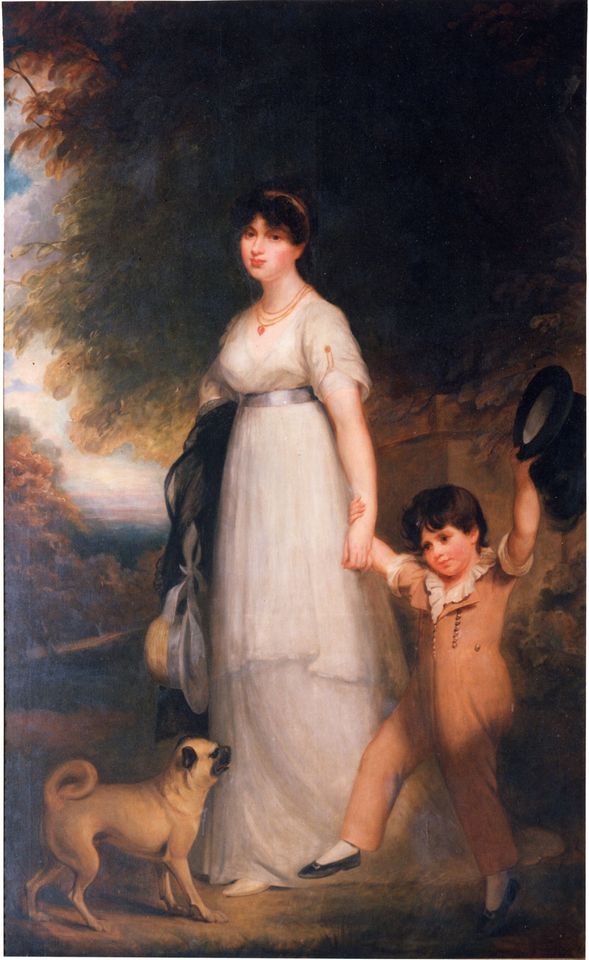 Greville's son inherited the sarcophagus, the title, a mountain of debt, and the same disastrous temperament. Poor Harlequin's bones were presumably tipped out in turn, when his tomb went into the epic 40-day bankruptcy sale, in which the man by then dubbed "the Greatest Debtor in the World" scattered the contents of his home.

The 1848 sale catalogue did contain a vivid description of the dog who was also immortalised in a family portrait: "most sagacious...his attachment to his master was very extraordinary...small in stature but of the utmost symmetry of form."

"His latter years were embittered by the effects of a quarrel with a large poodle", and in fact poor Harlequin lost an eye in a jealous scrap with the rival family pet.

The Duke had bought Harlequin from a travelling showman in Bologna, but the catalogue lamented "he could seldom be prevailed upon to display his talents in dancing after he was ...promoted into a higher grade of society." Despite the poodle, he died in 1837 "of extreme old age".

The sarcophagus will be auctioned at Sotheby's in London on 4 December, estimated at £25,000-£35,000 The portrait by William Beechey of Harlequin with his family, bouncing with enthusiasm but alas not dancing, is on display in the state drawing room at Stowe House; the mansion is now a school, but is regularly open to visitors throughout the year.