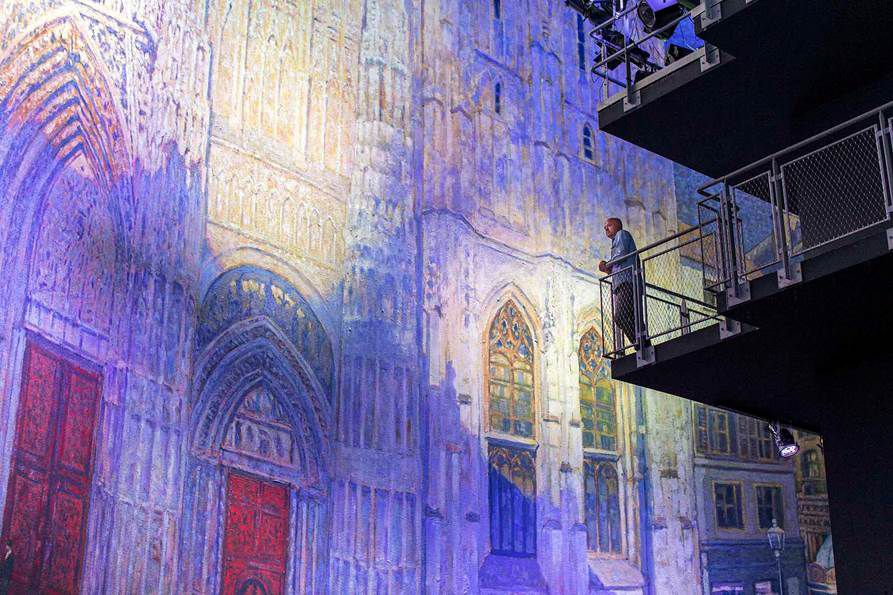 The Berlin-based panorama artist Yadegar Asisi has created a vast 360-degree work devoted to Claude Monet’s paintings of Rouen Cathedral that will open in a rotunda in the city on 4 July as part of a festival of Impressionism across Normandy.

Asisi first created the panorama as an Impressionist-style oil painting, then digitised and enlarged the work to make it 32-metres tall and around 100 metres in circumference. It shows the west façade of Rouen Cathedral and the surrounding half-timbered buildings, some medieval, at the end of the 19th century. The area in front of the church is peopled with Monet’s contemporaries. Monet painted his series of works showing the cathedral at different times of day and in varying light conditions between 1892 and 1894.

Asisi’s tribute to Monet is to be displayed in a rotunda on the banks of the Seine in Rouen called Panorama XXL. The panorama artist has created a number of similar works, including two on display in rotundas in Berlin—one featuring the ancient city of Pergamon and one showing the Berlin Wall. His work revives a tradition that faded with the advent of cinema before the First World War. Between 1880 and 1910, almost every European city displayed at least one panorama to thousands of admission-paying visitors.