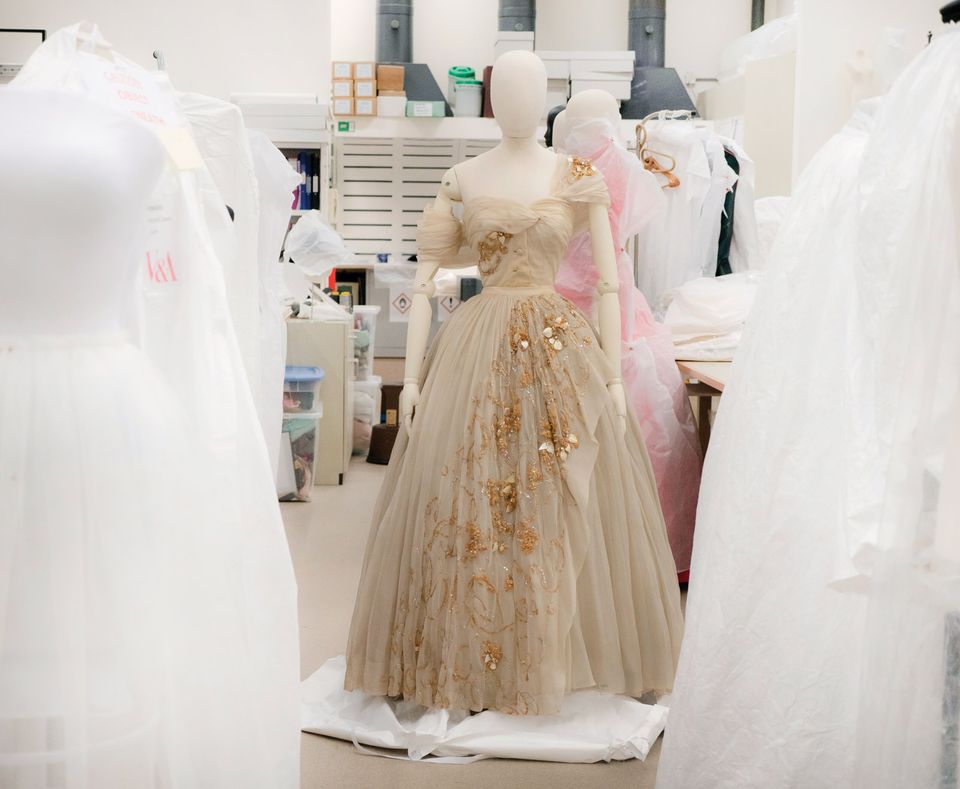 For her 21st birthday, Princess Margaret could have demanded a gown embroidered with real diamonds. The dress she actually chose, immortalised in Cecil Beaton’s famous photograph of a beautiful young woman in snowdrifts of a genuine princess gown, was much more unusual. In the 21st century it has caused some headaches for the conservators who devoted months of work preparing it to star again in a major exhibition that opens on 2 February at London’s Victoria and Albert Museum (V&A) on the legendary French designer Christian Dior.

In his diary, Beaton recorded Margaret jokingly describing it as covered in potato peelings. In fact, it was lavishly embellished with petals of mother of pearl, diamante beads, sequins of compressed laminated gelatine—and straw, in the form of raffia embroidery. “This was a very modern choice in 1951 for a very modern princess,” says Oriole Cullen, a co-curator of the show. “The use of synthetic materials allowed colours and effects you couldn’t get otherwise, and there was a bit of a thing for raffia in the 1950s, but it was a bold choice for a couture gown for such an important occasion.” 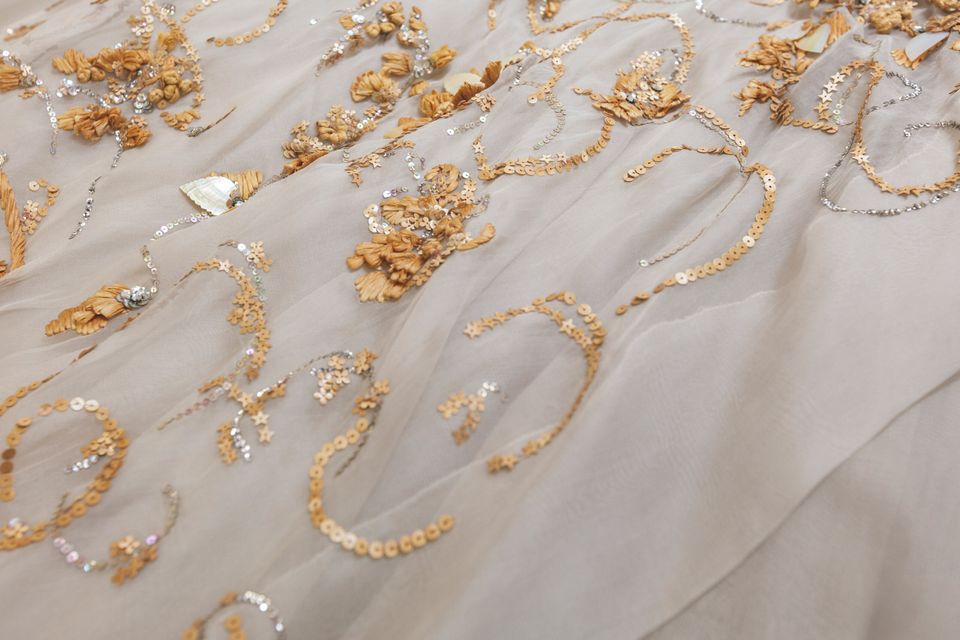 A version of the exhibition has been a hit in Paris, but the V&A will also look at the designer’s influence on British fashion and his professed love of English culture. Dior insisted: “I love English traditions, English politeness, English architecture. I even love English cooking.” His English clients included Nancy Mitford, and his shows became society events, not on salon catwalks but in palatial country houses including Blenheim.

With its seven layers of net and silk organza skirts, Margaret’s gown exemplified Dior’s New Look, seen as such a scandalous waste of scarce post-war materials that government ministers appealed to newspapers not to promote the fashion. But nothing could stop it: the wealthy flocked to Dior, and those with more modest means had small-town dressmakers attempt to copy the tiny waists and extravagant flowing skirts.

Margaret’s petite 1951 figure is recreated among 200 mannequins hand-built by the exhibition staff at the V&A to display the gowns. In 1968 she had given the gown to the Museum of London, then located just downstairs from her own apartments in Kensington Palace. The museum later moved to the Barbican and is now preparing to move again to the old market buildings in nearby Smithfield, where the costume collection’s staff hope to have more display space. As far as is known, the gown has gone out on a few loans but has never been shown in its home museum.

The delicate conservation work, including inserting minute patches with almost invisible hand stitching where parts of the skirts had pulled away from the waistband, and securing beading where the cobweb fine thread was failing, was carried out at the Museum of London by Emily Austin, who saw the evidence of a much-loved garment that had gone to some good parties. “It was a pleasure to work on,” she says. “It was basically in remarkably good condition, but it bears a few stains which could not be removed without damaging the fabric; they are part of its history.”