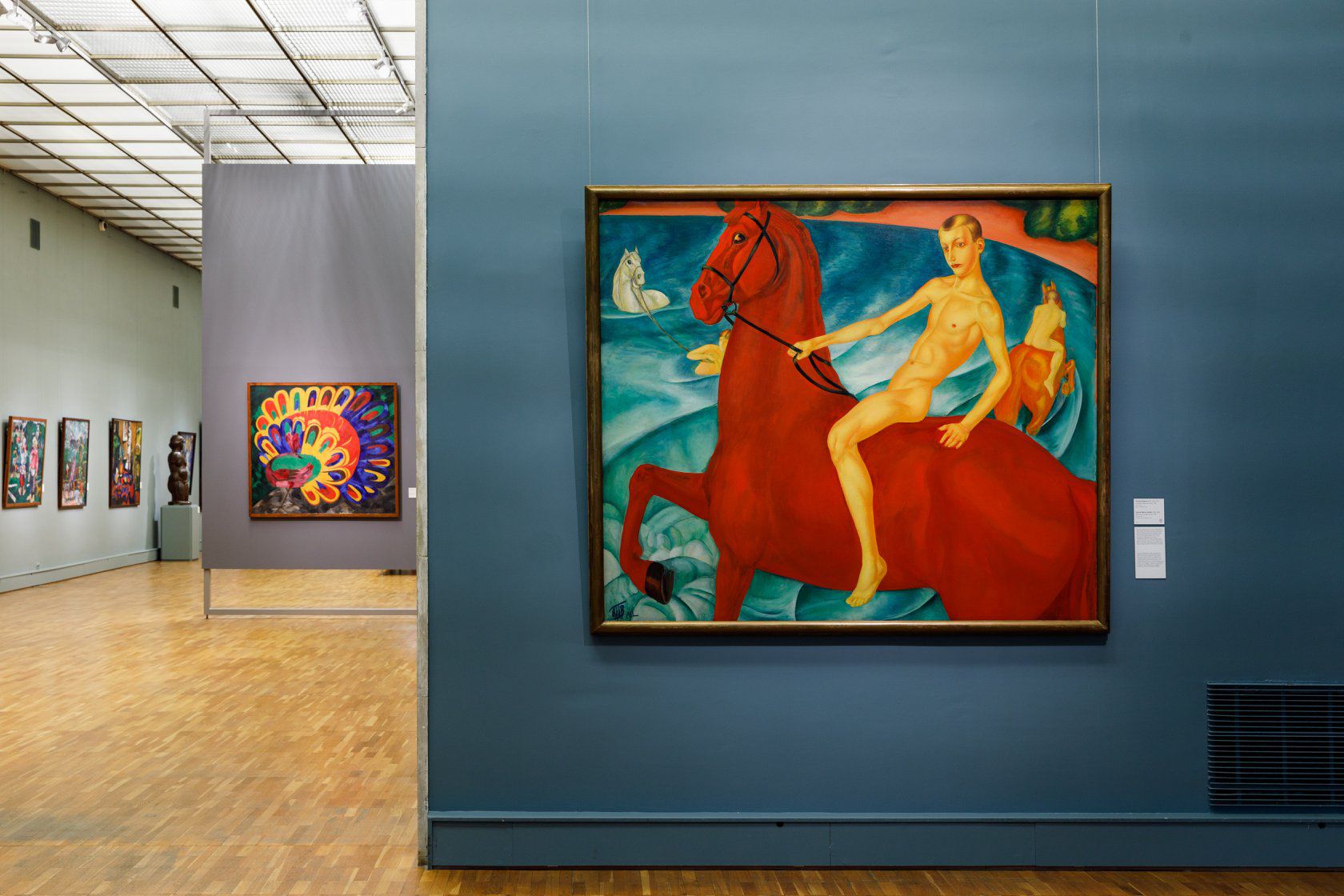 The permanent exhibition of 20th and 21st-century art at the New Tretyakov reopened on 10 November; the entire museum is now back in lockdown until 15 January 2021 © State Tretyakov Gallery

Moscow’s museums have gone into their second Covid-19 lockdown since spring, as virus infection numbers spike in the Russian capital.

A decree signed on 13 November by Olga Lyubimova, the culture minister, ordered all museums in Moscow under the federal ministry’s jurisdiction to halt public events from 16 November until 15 January 2021, running through Russia’s extended Christmas and New Year’s holidays. Employees who are aged over 65 or are immunocompromised have been transferred to remote working.

The shutdown came several days after Moscow mayor Sergei Sobyanin restricted cultural events in the city in an effort to fight the spread of coronavirus. His ordinance caused several days of confusion since it instructed museums to close temporary exhibitions and educational events to the public, but seemed to leave a loophole allowing permanent exhibitions to remain open. By 13 November, the city’s museums announced that they were closing to visitors for two months and transferring all exhibition and educational activities online.

Further confusion was sown by clauses in both decrees allowing theatres and concert halls to continue operating at 25% capacity. Management of some theatres said the restriction was so costly and prohibitive it would be better to close completely. The Bolshoi Theatre has postponed ticket sales for its traditional holiday performances of The Nutcracker.

Russia’s spring lockdown was nationwide, announced by President Vladimir Putin, and shut down restaurants to all but takeaway services. Moscow and some other regions also instituted digital passes for residents who needed to leave their homes. The measures were lifted in June, and Moscow’s autumn cultural season opened with relatively few restrictions even as coronavirus infection numbers ticked upwards. By last week, Russia was breaking its previous record with more than 22,000 new cases a day.

Sobyanin’s current decree restricts restaurants and bars from operating between 11pm and 6am, which has led to social media griping among cultural workers about double standards. While museum directors have not protested openly, as their German counterparts did, they have made resigned comments about the second lockdown.

Zelfira Tregulova, the general director of the State Tretyakov Gallery, told the official Tass news agency that visitor numbers at the New Tretyakov had risen notably in the days before the closure. The gallery opened new permanent displays of 20th- and 21st-century art on 10 November in anticipation of Rem Koolhaas’s redesign of the building. “It’s wonderful that there were about 1,000 visitors during these days, but on the other hand, it’s a bit sad that the work we did has now been halted,” she said.

Speaking to state television on 16 November, she said she hoped the federal government would offer emergency support as it did in the spring when it gave major cultural institutions a total of 3.8bn rubles (around $55m at the time) to compensate for the lockdown losses. Russia’s main museums are majority state-funded, but also depend on revenue from temporary exhibitions. Tregulova said further government funds are needed “to help us preserve our unique personnel and not go down the path of some kind of layoffs or sharp salary cuts”.