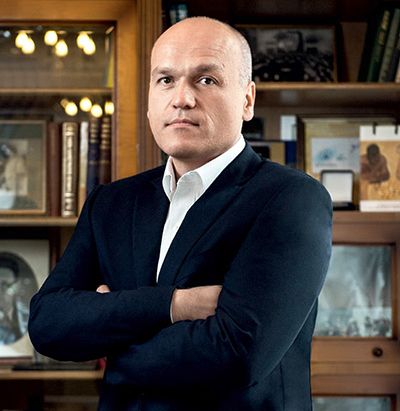 Andrei Filatov, a Russian businessman, chess enthusiast and art collector, has offered to buy monuments to former US president Theodore Roosevelt in New York and Alexander Baranov, a tsarist official, in Alaska, that have been targeted by protestors demanding the removal of racist and colonial symbols. According to a statement released on Wednesday by his London-based Art Russe foundation, inquiries have been sent to officials in New York City and Sitka, Alaska offering to preserve the monuments in memory of both men’s efforts to advance Russian interests.

Activists in Alaska want the monument to Baranov, who ran Russia’s trading company there and ruled the region in the late 18th and early 19th century when it was a Russian colony, to be relocated to a less prominent location, saying he perpetrated the genocide of Indigenous communities. The statue had been commissioned by local philanthropists in the 1980s. And in New York, the American Museum of Natural History, with the support of the city’s mayor Bill de Blasio, recently agreed to remove the statue which stands in front of the museum. Protesters have repeatedly vandalised the statue in recent years because of its composition, depicting an African man and an Indigenous man at the former president’s feet.

“First and foremost, this is about preservation of the memory of statesmen who influenced the history of Russia, the development of its economy and statehood,” Filatov said in the statement. He pointed to Baranov’s early efforts to establish Russian trade ties with China and the US, and Roosevelt’s mediation of the 1905 Treaty of Portsmouth that ended the Russo-Japanese War on favourable terms for Russia.

Filatov’s fortune, made in transport and logistics, is estimated by Forbes at $750m, a drop from $1.1bn last year, when he made the publication’s list of the world’s richest people. His Art Russe foundation holds a 200-strong private collection of Soviet art from 1917-91, and has sponsored the Serpentine Galleries in London, as well as exhibitions at the Saatchi Gallery and Abu Dhabi.