Fourth term comes amid escalating tension between Russia and UK, resulting in expulsion of British Council from the country 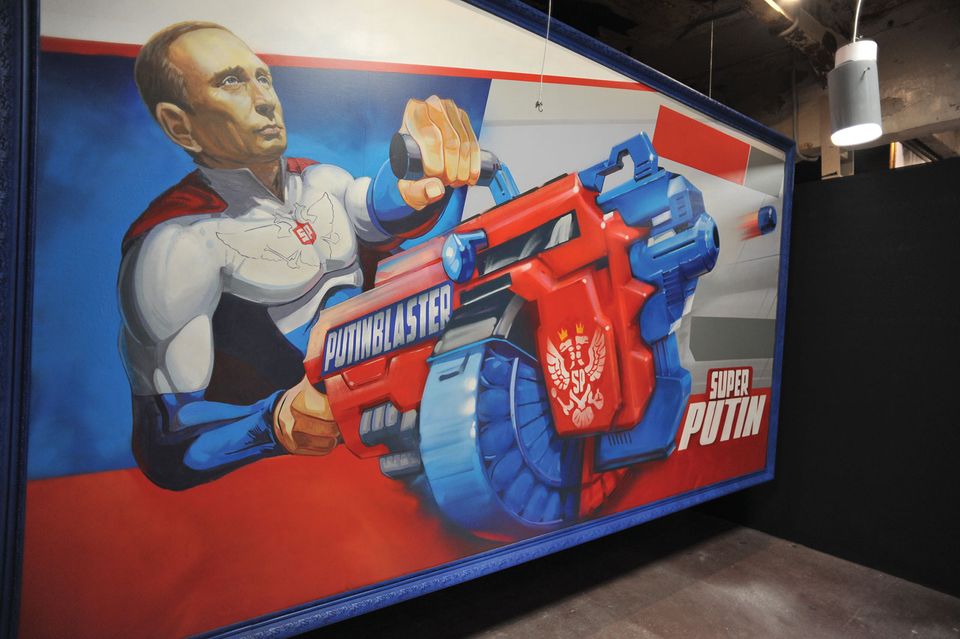 On the eve of Vladimir Putin’s re-election to a fourth presidential term in a landslide win with 76.68% of the vote, a number of cultural figures in Russia expressed their support. These included Mikhail Piotrovsky, the director of the State Hermitage Museum and Eduard Boyakov, a contemporary art impresario who has become an proponent of traditional values and the Russian Orthodox Church. In his state of the national address on 1 March, Putin backed a plan to create cultural centres around Russia to stage concerts, ballets and museum exhibitions from St. Petersburg and Moscow.

Piotrovsky told Petersburg’s Channel Five after casting his vote on Sunday: “I voted for all that is good to continue being good.”

Boyakov, in a column in Monday’s edition of the newspaper Izvestia was much more effusive.

“I voted for a rich, free, creative, joyous, young Russia,” he said, and praised both Putin as a visionary who inspires trust and the untapped cultural riches of Russia’s provinces.

Others had a much darker view. Maxim Kantor, an artist and writer, in a Facebook post on 17 March said Russians, including liberal intellectuals, had brought Putin to power due to their desire for a strong ruler.

“You brought him to rule yourselves. Yourselves. He is your tsar.”

On Monday, Kantor, who now lives abroad, recalled himself as a young man in 1988 thinking life would always be grey and grim and he would never see the world. He urged the young to choose the freedom to see the world instead of riches.

“I write this for the young man who is 30 today. And before whom everything is as black today as it was for me then. Choose the main thing. And the rest—it’s rubbish.”

Putin’s victory comes amid increasing tension between Russia and the UK. The escalating diplomatic row began after British Prime Minister Theresa May accused the Russian state of being behind the 4 March nerve-agent poisoning of former spy Sergei Skripal and his daughter Yulia in Salisbury, England and expelled 23 Russian diplomats.

Russia retaliated against Britain on 17 March not only by expelling 23 diplomats, but also by shutting down the British Council, which sponsored exhibitions, literary exchanges, film festivals and language courses.

“Due to the unregulated status of the British Council in the Russian Federation, its activities are terminated,” the Russian Foreign Ministry said in a statement posted on its Web site.

The council responded in a statement that it is “profoundly disappointed” and stressed that culture is “vital to maintain on-going dialogue between people and institutions”.

On Monday, three Russian writers’ and translators’ groups, including St. Petersburg’s PEN-Club said in a statement denouncing their government’s decision that a “political blow against a cultural organization—is always a blow against one’s own citizens.”

The Facebook page of the British Council Russia was full of comments from Russians praising the organisation’s work, with just a couple of commentators wishing it good riddance. A comment about the shutdown in a Facebook fan page dedicated to Vladimir Putin wrote: “What does Russia need your programs for? Go and multiply homosexuals in your own homeland!!!”

The British Council Russia’s current projects include a competition to create a monument to William Shakespeare in Moscow. It is due to end of 29 April and is being run together with the Museum of Moscow and the Union of Moscow Architects and supported by the Moscow City Government and Russia’s Ministry of Culture. Tim Marlow, artistic director of the Royal Academy of Arts, is a member of the jury. As of Monday, information about the competition and a related lecture series was still posted on the museum’s Web site. A lecture series on cultural leadership organized with the Garage Museum of Contemporary Art just ended. In 2016, the British Council facilitated a major exchange of portraits between the National Portrait Gallery in London and the State Tretyakov Gallery in Moscow.