Country's pavilion may be targeted as relations with the West deteriorate, Vladimir Aristarkhov says 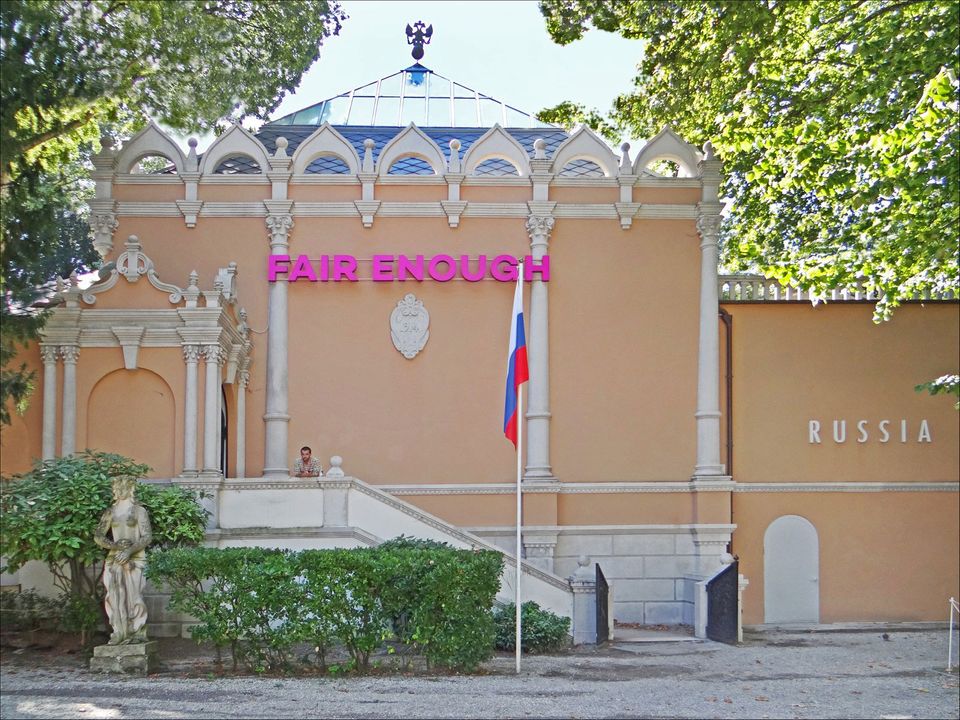 As Russia’s relations with the West reach their lowest point since the Cold War, a senior official at the ministry of culture in Moscow has warned that the country’s presence at the Architecture Biennale in Venice, which opens this month (26 May-25 November), may be a target for protests or “provocations”.

“As the Venice Biennale is one of the biggest and most important venues in the sphere of international cultural exchange, we must be vigilant,” said Vladimir Aristarkhov, the deputy culture minister, in April. “The Skripal case proves that [other countries] will stop at nothing—any provocation, so long as it is anti-Russian,” he added, referring to the recent poisoning in the UK of a former Russian spy, Sergei Skripal, and his daughter, Yulia. The UK government blames Russia for the attack; Russia’s official position is that the Skripals might have been poisoned by the British.

The exhibition at the Russian Pavilion at the 16th Venice Architecture Biennale is called Station Russia, with a focus on the history, meanings, scope and future of the Russian railways. It opens with an installation recreating Russia’s first 19th century train station and pleasure gardens in Pavlovsk near St. Petersburg.

Aristarkhov said the Russian Pavilion should also be cautious about what it displays: “The international situation is very complicated right now — so please pay particular attention to there being no anti-Russian rhetoric, acts or works. Particular attention to the situation there. Since the situation is complicated, we are getting briefings from the Foreign Ministry about particular vigilance. That is a special request.”

Mikhailovsky also dismissed concerns about other countries. The participating countries have just “one common enemy”, he says. “It’s the contractors—it’s a very expensive city and everything is done chaotically.”

The ministry is not contributing to the exhibition’s nearly €1m—it has provided virtually no funding to the Russian Pavilion for years —which is being footed this time by Russian Railways, a state corporation.

Appeared in The Art Newspaper, 301 May 2018
More NewsTopicsRussia