Russian museums follow Putin’s call for satellites in the regions

The Hermitage has opened a branch in Siberia, the Pushkin is renovating a Constructivist landmark in Samara and more agreements are in the works 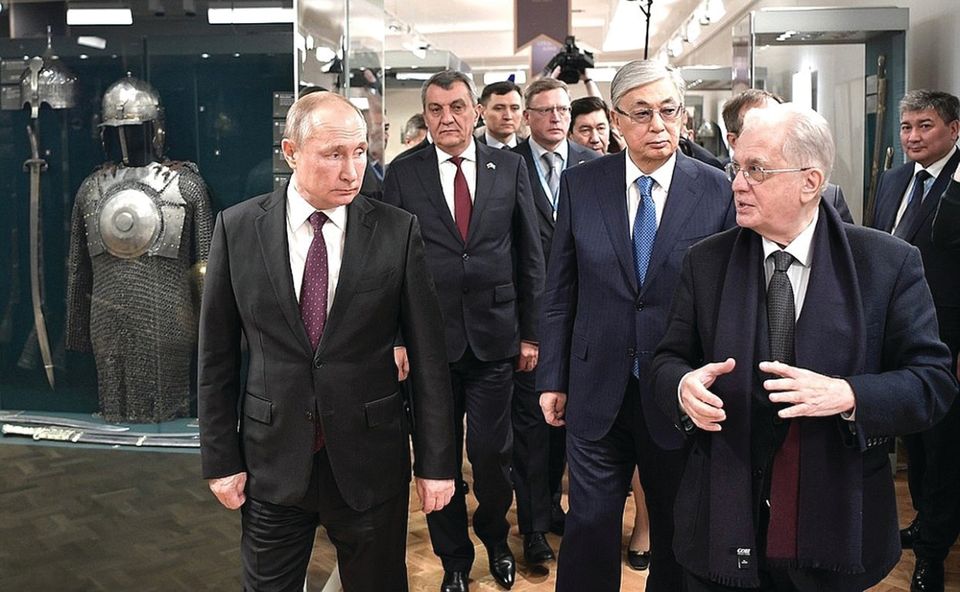 Russia’s biggest museums are embracing an idea first advanced by Vladimir Putin in 2013 to open satellite venues in the regions, in step with local governments angling to improve living standards.

In early November, St Petersburg’s State Hermitage Museum opened a branch in Omsk, Siberia. President Putin and his Kazakh counterpart were among the first visitors, receiving a personal tour by the Hermitage director Mikhail Piotrovsky of an exhibition of weaponry from the museum’s permanent collection.

Marina Loshak, the director of the Pushkin State Museum of Fine Arts in Moscow, last month reached a preliminary agreement with the governor of Samara, a Volga river region 1,000km southeast, to establish a branch there. She also recently met with the head of the Sverdlovsk region to discuss the creation of two outposts for contemporary and classical art in Yekaterinburg. The Hermitage is planning its own expansion to Russia’s fourth largest city.

On 28 November, Loshak signed a wide-ranging agreement with the governor of the Nizhny Novgorod region, the home of a branch of Russia’s National Center for Contemporary Arts (NCCA); the entire network will become part of the Pushkin in 2020. Further agreements will be signed soon with regions including Tomsk and Kaliningrad, and the Pushkin is working with the Ministry for the Development of the Russian Far East and private investors on an ambitious plan to convert a defunct Soviet-era airport in Khabarovsk, which borders China, into “a gateway to Russian culture for Southeast Asia”, Loshak told the official Ria Novosti news agency. “I hope that we will be able to create an environment thanks to which young people will want to stay in their hometown and not leave for the capital,” she said.

Putin first raised the idea of Russian museums branching out at a meeting with the culture minister, Vladimir Medinsky, in 2013, to discuss the expansion of the State Tretyakov Gallery in Moscow. The building project was in part intended to address the problem of storing and displaying the vast Tretyakov collection. “We must organise branches of such museums in regional centres of the Russian Federation, so works of art don’t lie around in storage or in basements, but so people see them,” Putin said.

Since then, the president has ordered several cultural clusters around the country, such as a planned hub in Vladivostok, on Russia’s Pacific coast, which will include branches of the Tretyakov, Hermitage, St Petersburg’s State Russian Museum and Moscow’s Museum of Oriental Art, as well as a concert hall linked to the Mariinsky Theater in St Petersburg. Vladivostok residents have expressed fears that it will crush local institutions.

In Samara, an industrial centre with strong cultural roots, the Tretyakov is renovating a 1930s Soviet Constructivist landmark in the shape of a hammer and sickle, the former Maslennikov factory canteen or ‘Factory Kitchen’. Preservationists had fought for years to save the building before the Tretyakov decided to step in.

While 1.3bn rubles ($20.4m) of federal funding have been allocated for the reconstruction, a pre-opening programme has already launched under a local director, Mikhail Savchenko, who previously ran a well-regarded Art Nouveau museum in the city. A showing of Ilya and Emilia Kabakov’s Ship of Tolerance in June and a Hyperrealism exhibition from the Tretyakov’s collections were both supported by the billionaire Leonid Mikhelson, who has ties to the region, and his Novatek natural gas company.

Savchenko tells The Art Newspaper that the Tretyakov’s full-scale operations in Samara will begin in spring 2022, describing the branch as a boon both for the museum in “broadening opportunities to show its collection”, and for the city in reviving the Factory Kitchen. He anticipates “large-scale exhibition projects” supported by loans from the Tretyakov collection, as well as educational programmes and thematic residencies for artists.