Rusty Powell, director of Washington’s National Gallery of Art, to retire in 2019 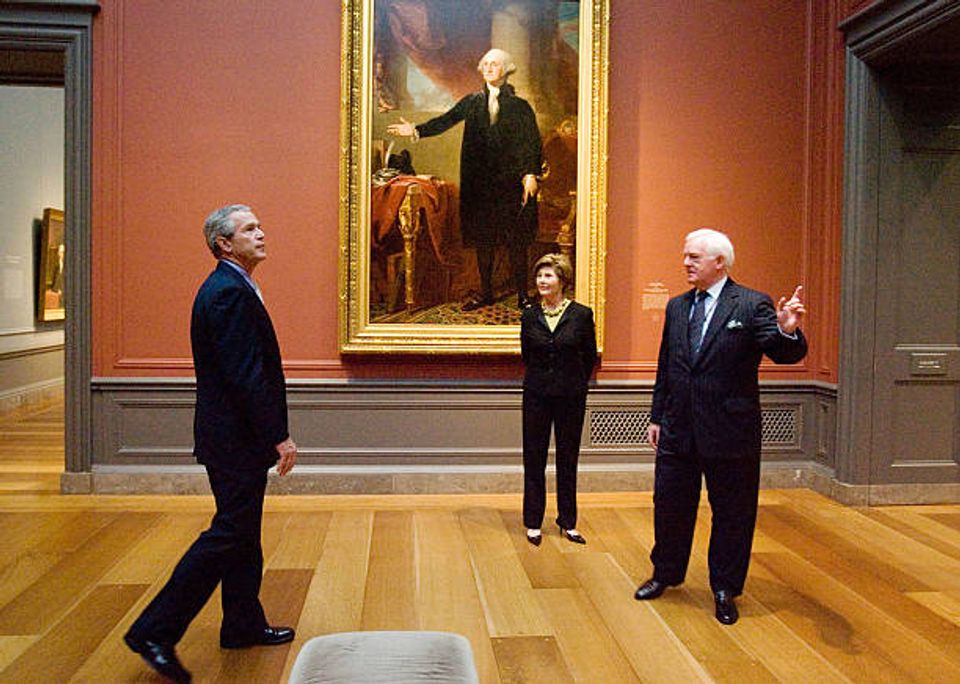 At a recent preview for the exhibition Vermeer and the Masters of Genre Painting at the National Gallery of Art in Washington, DC, Earl “Rusty” Powell III, the museum’s director since 1992, reflected on another show dedicated to the artist more than 20 years earlier. A blizzard in 1995 led to government furloughs, and the federally funded National Gallery had to shut down its Johannes Vermeer blockbuster for 19 days. The two shows now serve as near-bookends for Powell’s tenure, following his announcement today that he will retire in early 2019.

Powell, 74, was born just two years after the founding of the National Gallery and is its fourth and longest-serving director. He first joined the National Gallery as a curatorial assistant for special exhibitions in 1976, and served as the director of the Los Angeles County Museum of Art for 12 years before returning to Washington, DC.

In a press release, the National Gallery lists some of Powell’s achievements, including exponential collection growth and welcoming more than 122 million visitors. The museum also controversially acquired the collection of the Corcoran Gallery of Art, after it closed due to financial problems.

Asked which accomplishments are most meaningful to him, Powell told The Art Newspaper that building towards the gallery’s future ranks at the top. “Renovating the gallery’s West Building—John Russell Pope’s last design—and renovating and expanding with 12,000 more sq. ft the East Building—I.M. Pei’s masterpiece—and adding the stunning 6.1-acre Sculpture Garden designed by Laurie Olin are major highlights,” he said.

Before he retires, Powell looks forward to completing an endowment fundraising challenge issued by the Andrew W. Mellon Foundation last year, when it gave the gallery a $30m grant, to be matched over five years by $45m in new gifts from other donors. And in the next few months, the gallery will finalise its plans for the last renovation phases of the East Building.

Powell’s longtime colleague and friend E.A. Carmean, who was the department head and curator of 20th-century art at the gallery from 1974 to 1984, was quick to praise him. “Being a museum director today requires a wide range of skills, some ranging from international diplomacy to the steady, daily, hands-on steering of the ship. Rusty has these talents in abundance” Carmean says. “He is also a brilliant scholar of 19th-century American art. Perhaps he will now further contribute to that field.”