Works were installed throughout the historic building before lockdown 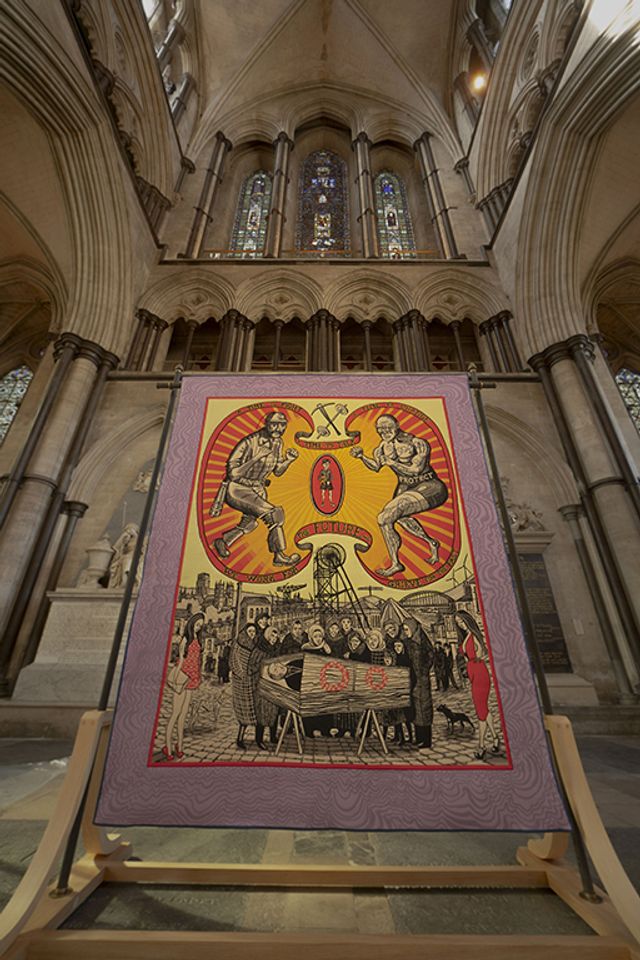 The largest-ever contemporary art exhibition held at Salisbury Cathedral, one of England’s oldest churches, has moved online amid the coronavirus pandemic via a virtual show that includes works by Mark Wallinger, Grayson Perry and Shirazeh Houshiary.

The online exhibition allows viewers to move around the cathedral, which holds one of the four surviving copies of the Magna Carta. The sophisticated virtual device gives visitors confined to their homes under lockdown the chance to home in on works located throughout the building, from David Mach’s Heaven series of collages (2011) in the refectory to Wallinger’s video Threshold to the Kingdom (2000). Pieces from the cathedral’s permanent collection—sculptures by Dame Elisabeth Frink, Dame Barbara Hepworth and Helaine Blumenfeld—have also been incorporated into the exhibition.

The show marks the 800th anniversary of the laying of the cathedral’s foundation stones. “Eight hundred years ago, people pitched up at the site and achieved something extraordinary,” says Jacquiline Creswell, the exhibition’s curator and Salisbury Cathedral’s visual arts advisor. “I want to ask: what is it about human beings that can inspire such creativity? The exhibition was conceived as a celebration of the human spirit and human endeavour, manifested through the faith and skill that drove the builders and their community on.” 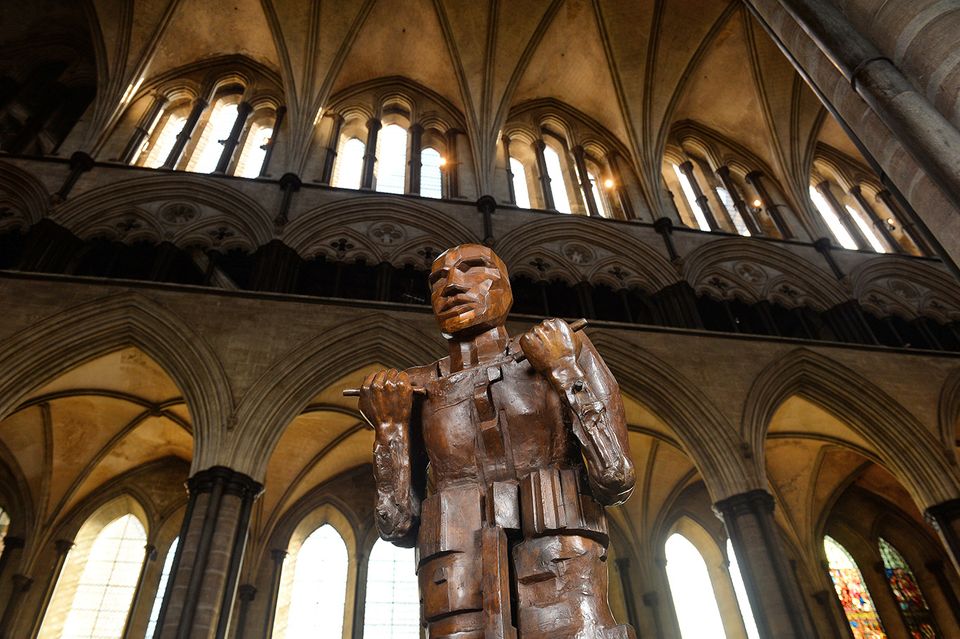 The virtual platform launched on 28 April, the day the foundation stone was laid 800 years ago and a month after the show was halted due to the coronavirus outbreak. “We started installing 5 March, but by 15 March we began to get concerned,” Creswell says. “I called in the technical team and began to consult the clerk of works.”

She hopes to keep the works in situ until early 2021, giving visitors the chance to see them in the flesh after lockdown measures are lifted. “I don’t think the digital platform can compensate for the beauty of art, but we are trying to engage people in a different way. We hope to keep the exhibition until after Easter next year, with the exact date to be confirmed,” she says. The Wiltshire-based ScootZooma Foundation and Osborne Samuel gallery in London are among the financial backers.

Visitors can in the meantime savour works sited outside the cathedral, including Large Reclining Figure (1983) by Henry Moore and artist Danny Lane’s dramatic Stairway piece (2005), a glass and steel staircase that rises towards the cathedral spire.

“Physically glass is many times stronger than concrete, or even granite, under compression,” Lane says. “I proved this in the 1980s and wanted to use it architecturally as a bridge. When sculpture works, it is transdimensional—doing and meaning many things on different levels.” The work is produced in an edition of six, one of which is owned by the Portuguese collector Joe Berardo. 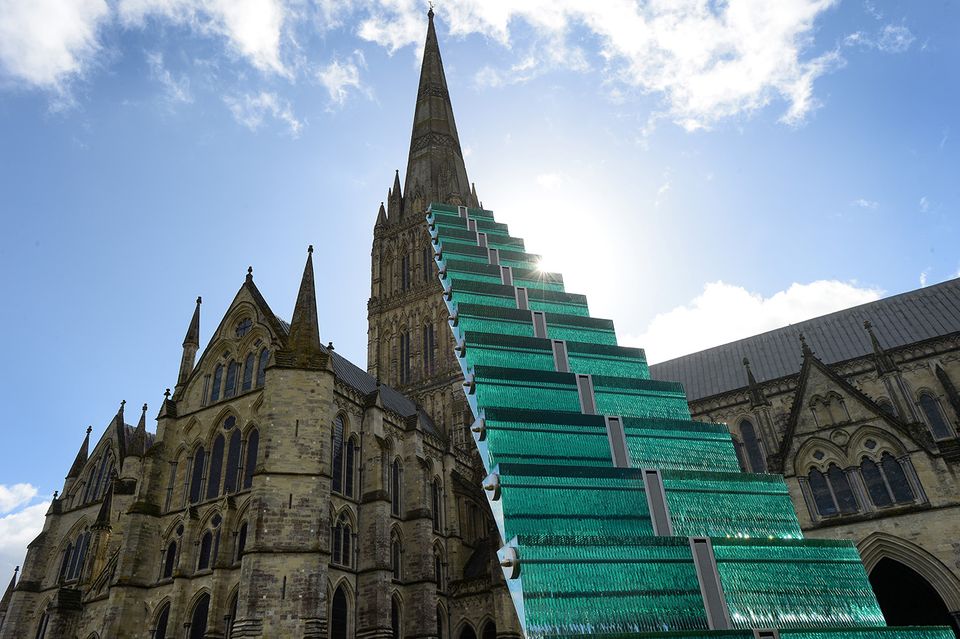