Citing coronavirus tumult, the 149-year-old school says it has failed to find a partner to ensure its financial survival 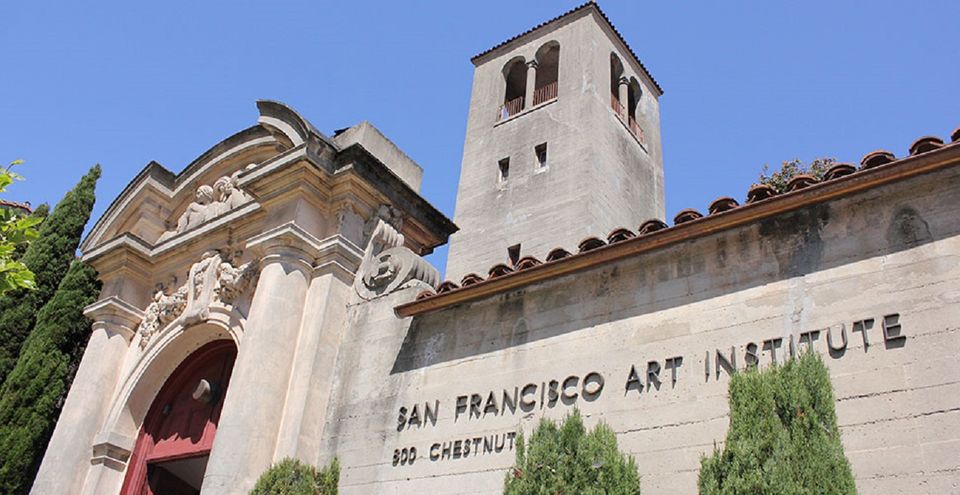 Citing the coronavirus pandemic, the San Francisco Art Institute says it has not succeeded in finding a financial partner Courtesy of bart.gov

The San Francisco Art Institute (SFAI), a critical force in Northern California’s arts sector for nearly 150 years, has failed to find a partner to ensure its financial survival and is uncertain that it can continue operating after graduation in May, its top officials say.

In an open letter on Monday to students and faculty members, the school’s president, Gordon Knox, and chair of its board of trustees, Pam Rorke Levy, indicated that the coronavirus (Covid-19) pandemic had dealt a decisive blow to the institute’s efforts to merge with a larger educational institution “with the scale and resources necessary to help us survive, prosper and grow in today’s hypercompetitive landscape”.

As a result, “SFAI’s leadership has no clear path to admit a class of new students for the fall of 2020,” they wrote. They said the institute was now considering the suspension of its courses and degree programs immediately after graduation of its BFA, MA and MFA students in May.

Negotiations with “two of the Bay Area’s finest institutions of higher learning” had been “promising”, they said, but “those talks reached an impasse this past week, in no small measure due to the unanticipated hardships and uncertainty wrought by the unfolding Covid-19 pandemic.”

Online instruction for the school’s 300 students will continue until the end of the spring semester so that they can receive academic credit, Knox and Levy say, and graduating bachelor of fine arts, master of arts and master of fine arts students can expect to receive their degrees in May as scheduled. (The institute’s two campuses have been closed since 13 March as a result of the coronavirus pandemic, and MFA and BFA exhibitions and graduation ceremonies have been cancelled.)

Layoffs of faculty and staff members are planned for the end of the semester and talks are underway with unions, officials say.

Founded in 1871, SFAI has an operating budget of $18m and a student body of around 300, of which 100 are graduate students. It has struggled in recent years as a result of soaring education costs, a drop in enrollment amid a competition for students, the reluctance of many of those students to shoulder debt, and a spiralling cost of living in San Francisco.

Annual tuition at the school is around $45,000, but Knox estimated in an interview that the cost of providing an education is around $70,000 per student. Over 90 percent of the institute’s students receive financial aid, he says, and paid tuition on average is $35,000.

“Schools with under 1,000 students are dropping like flies,” Knox says. “With that picture so clearly painted on the wall, it was clear that the best thing we could do was partner with a larger institution.”

He said he had felt that the school had been “extremely close to a deal” with a partner university. Then, says Levy, “Two or three weeks ago, there started to be a chill in the air.” Knox said the coronavirus scare and the resulting nosedive in the stock market had “really changed the tone at the negotiating table. Limiting risk became the priority for them.” Both officials declined to name the schools that backed off, but Levy said they were universities, not art colleges.

Despite the setbacks, Knox and Levy seem to hold out hope that the institute, where renowned artists like Ansel Adams and Dorothea Lange have been faculty members, would ultimately survive in some form. “It’s been up and down for 149 years,” Levy said. “Our fortunes have risen and fallen more times than we can count.” She noted that the institute was founded in a mansion in Nob Hill that burned down in the city’s 1906 earthquake, forcing a relocation.

“Unlike a lot small colleges across the country, we have assets,” she says, including the main campus in the North Beach neighbourhood and a waterfront graduate campus at Fort Mason that looks out on the Golden Gate Bridge. A mural by Diego Rivera in a gallery on the main campus is valued at $54m, she adds.

“Today we as an institution are facing a new set of challenges that will force us to evolve, and in the months and years ahead our goal will be to reinvent ourselves once again, perhaps taking a new form for a new era,” Knox and Levy wrote in their open letter. “While we remain hopeful there is a strategic partnership that will allow this commitment to continue, we are realistic that this will not happen any time soon in the face of an unprecedented global pandemic.”