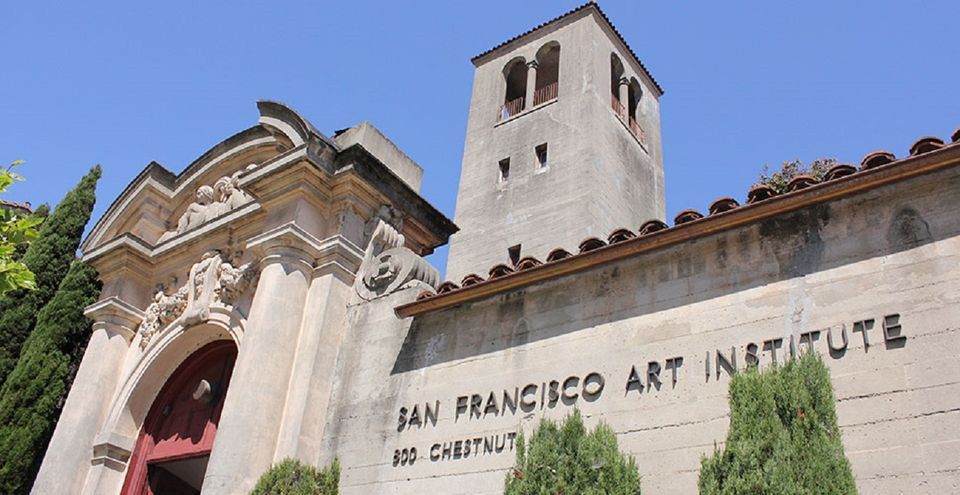 The San Francisco Art Institute has enough breathing room to extend its degree programme for the coming academic year Courtesy of bart.gov

In a reversal, the San Francisco Art Institute (SFAI) announced today that it had resolved contract disputes with its faculty union and would reinstate its degree programme for the coming academic year and maintain a limited number of related classes. The institute said it had agreed to keep all 15 tenured faculty members on staff through next June.

Facing a financial shortfall, the institute had announced this spring that it would cease to award degrees after this summer and confine its offerings to studio art classes, public education programmes, grant-supported exhibitions and conservation projects, while laying off tenured and adjunct faculty. The move came after the Covid-19 pandemic derailed a potential merger with a bigger academic institution aimed at ensuring SFAI’s financial survival.

The chair of the institute’s board, Pam Rorke Levy, said in a statement that the reversal came about after “an outpouring of support and encouragement from potential partners and charitable organisations”. She said the institute had managed to raise more than $4m from foundations, individuals, alumni and government programmes, or three times the amount that it normally raises in one year.

The situation contrasts with that in April, Levy says, when “we were struggling to make payroll” and “could not responsibly commit to keeping our faculty or students through next year”.

“The core faculty are the heart and soul of the SFAI community, and the board is delighted that these disputes have been successfully resolved,” the chair says. “We look forward to welcoming back some of our degree-candidate student as early as this fall.” She notes that most classes are likely to be offered online in the fall, with the potential for resuming on-site classes next spring hinging on Covid-19 health mandates.

Further fundraising appears to be a pressing priority if the institute is to meet its obligations. A budget approved by the SFAI’s board of trustees on 2 July will keep the 15 tenured faculty members on staff through 30 June, 2021, the institute notes, which underlines the need to raise more money.

“We need to raise $4.5m more to make it through this fiscal year and cover the commitment to our faculty, staff and students,” says said the board’s vice chair, Jeremy Stone. “But we have some exciting opportunities ahead to attract new supporters and build on our relationships with long-time donors.” He cited planned online auctions featuring works by SFAI faculty and alumni as well as a series of public events leading up to the institute’s 150th anniversary celebration in March 2021.

Founded in 1871, the institute has long been a force in the Bay Area art community and played a role in contemporary movements including Color Field, California Funk and the Mission School. Artists who have taught there include Ansel Adams, Mark Rothko and Richard Diebenkorn.

The faculty union’s president, Robin Balliger, welcomed the end of the contract disputes. “We are happy to say that this successfully resolves our grievances under the collective bargaining agreement relating to shared governance as well as employment conditions,” the institute quotes Balliger as saying.

SFAI says the tenured faculty members will also play a central role on an alumni-led committee that is studying how to resume historic majors and degree programmes and exploring a sustainable business model for the institute.