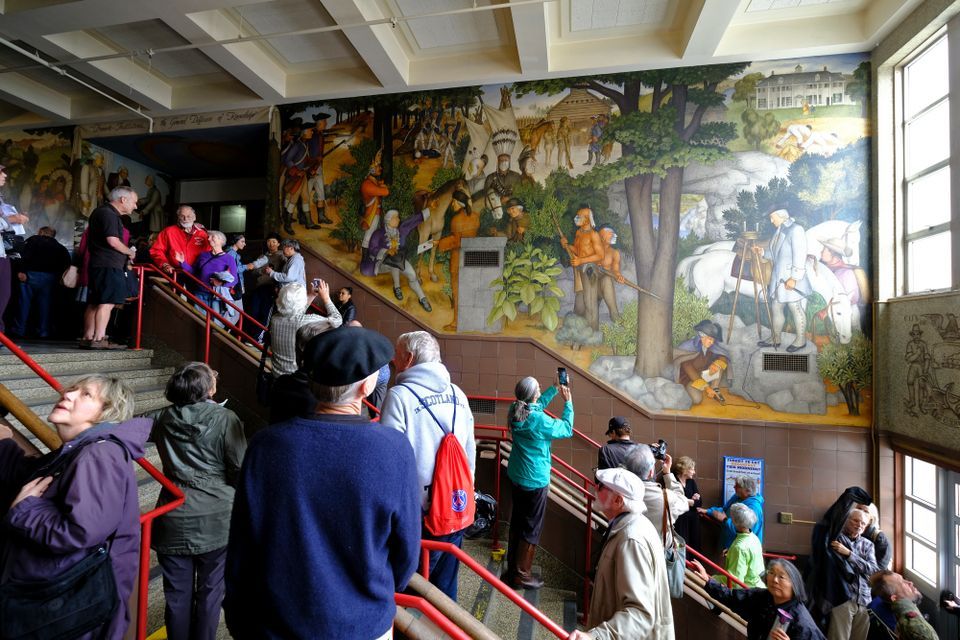 In a compromise that reflects a broad divide, the San Francisco Board of Education has narrowly voted to cover a controversial mural at a high school but not destroy it.

The 4-3 vote on Tuesday to conceal the 1930s mural, depicting the life of George Washington, amended a unanimous vote by the board in June to paint over it. The earlier decision had stirred broad dissent, with many arguing that the Depression-era work had artistic merit and offered a historic critique of the nation’s first president.

Others argued that the mural should be permanently erased on the ground that its depiction of a slain Native American and scenes of slaves at work on Washington’s plantation was racist and damaging to students.

The 1,600-sq.-ft mural was painted by a Russian immigrant, Victor Arnautoff, as a commission by the Works Progress Administration. Under the board’s 4-3 decision, the school system will cover it with panels, rendering it invisible. But digital images of the work will be available to students, art historians and others.