São Paulo biennial ups its budget for a huge 2020 edition 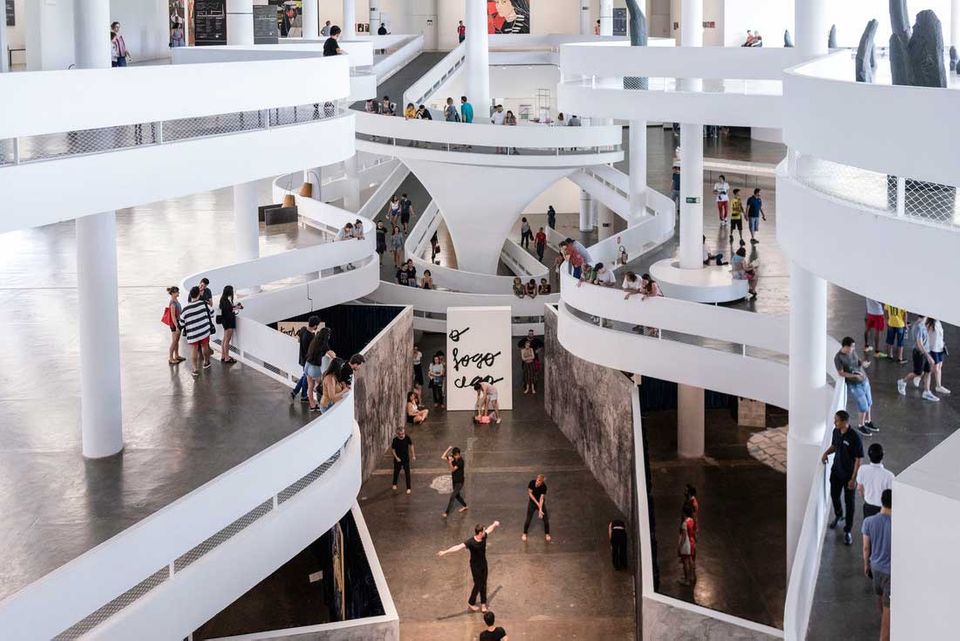 The Fundação Bienal de São Paulo is increasing its budget for the next exhibition in 2020, says its new president, José Olympio da Veiga Pereira. “This increase is due to our more ambitious project,” he says. Organised by the São Paulo-based independent critic and curator Jacopo Crivelli Visconti and taking the idea of “relation” as its theme, the 34th edition of the biennial will considerably grow in size. It will expand beyond the usual venue, Pavilhão Ciccillo Matarazzo, to include exhibitions at 20 cultural institutions in the city and will also open earlier, with parts of the show beginning in March rather than in the usual September.

Speaking about the increased costs, Pereira—who is also the president of Credit Suisse Brazil—says they are still calculating the budget. “We are comfortable, however, with our ability to raise the additional funds with private sponsors,” he says. The biennial’s current main sponsors are the São Paulo-based bank Itaú and the electrical energy company ISA CTEEP.

The structure and timeline of the biennial is complicated—perhaps reflecting the complexity of “relations”—unfolding gradually throughout the year. First, three yet-to-be-announced solo shows, produced in collaboration with yet-to-be-named international institutions, will open in the Pavilhão Ciccillo Matarazzo between March and August, each with their own opening in distinct parts of the pavilion. The main show will expand until September, when “the building is entirely taken over”, a statement says, and this is when the biennial’s main opening will take place.

“The exhibition itself will be quite intimate, with not so many large and interactive works, and without a strong emphasis on new commissions" Jacopo Crivelli Visconti

Multiple collaborative exhibitions will then open from September, with participating spaces including the Centro Cultural São Paulo, the Museu de Arte Moderna de São Paulo and the Museu de Arte de São Paulo Assis Chateaubriand. The expanding network of shows will reach its peak when the three opening solo exhibitions head to the partner international institutions in 2021. “The proposal was received with a huge enthusiasm by all those we approached, and I consider that a clear sign of a very strong connection of the art world,” Visconti says. “I believe the real challenge is not just to make those connections stronger, but how to make them more meaningful and understandable for both the specialised and general audience.”

Conversely, the last edition of the biennial was a purposefully smaller affair. Organised by Gabriel Pérez-Barreiro, the show gave seven artists free rein to conceive their own group shows in the cavernous pavilion, challenging what he described as the 21st-century myth of the god-like super-curator. Speaking to The Art Newspaper last year, he said that too many biennials are stuck in what he calls “curatorialism at its grandest”, where “the bigger the biennial, the more artists you have, the better”.

Visconti says, however, that his exhibition is not at odds with its predecessor. “When one looks at the collaborations with all the partner institutions, the scale of the event is considerable,” he says. “But the exhibition itself will be quite intimate, with not so many large and interactive works, and without a strong emphasis on new commissions, aiming at emphasising very precise relations between the artworks.”

With the political uncertainty in Brazil—particularly with regards to cultural policy—since the far-right president Jair Bolsonaro took over in January, it is not surprising that Visconti says that the concept of “relation” is a response to the current polarisation in society. “It is not just the political but also the social life that is becoming more and more alienated, closed off to any form of dialogue and to any effort to understand or even admit the existence of the other,” he says.

The bumper edition of the biennial is part of a wider strategy for the foundation, according to a statement. “The Fundação Bienal is beginning a cycle of opening to the world and deepening the links it has been establishing with the city in recent years," Pereira says. "With a proposal that seeks to bring everyone around a common project, the 34th Bienal is a milestone in the affirmation of the institution.”