Kingdoms Institute, a new "world class" study centre, is among 15 cultural facilities that will form part of the heritage-rich region's transformation

Saudi Arabia has unveiled the masterplan for its vast cultural project in AlUla. It details an ambitious archeological research and conservation programme “to protect, preserve and sustainably rejuvenate” one of the world’s largest and oldest cultural landscapes.

The Spanish archaeologist José Ignacio Gallego Revilla, who is the executive director of archaeology, heritage research and conservation for AlUla, says that the plan will focus on “15 new cultural assets, including galleries, museums and education centres”, stretched over a 20km corridor, and involving partnerships with scientific institutes and museums around the world.

Revilla exclusively tells The Art Newspaper that, when the legal framework is established, an international competition will be launched in April 2022 to select an architect for the Kingdoms Institute, an international study centre for archaeology and conservation. It will be “a world-class institution dedicated to the study of the history of the Arabian Peninsula since the Prehistoric time”, he says, adding that the goal is to open the facility in 2024 or 2025.

Entitled “Journey Through Time”, the masterplan “will spearhead the cultural and heritage project that will lay the groundwork for the total transformation of the region”, Revilla says, referring to the country's grandiose plan launched under the 2030 Vision to develop AlUla into “a global destination for heritage, culture and nature”.

Although the cultural masterplan does not include funding details, figures for the development of the province under the guidance of Prince Badr, the culture minister and governor of the province, were announced to Arab News by Amr AlMadani, the chief executive officer of the Royal Commission for AlUla. The whole project, scheduled for completion in three stages between 2023, 2030 and 2035, is now budgeted at $15bn; $2bn has been invested in initial seed funding, including the airport upgrade, and a further $3.2bn is earmarked for priority infrastructure to be completed in 2023, including the first half of a 46km tramway system and the improvement of water supply. In April 2018, the kingdom signed a “historic” ten-year cooperation blueprint with France to promote the cultural and touristic infrastructure of the region.

“The Kingdoms Institute will be the preeminent cultural knowledge centre in the Arab world, that will recalibrate the history of Arabia and help recast the future of a nation that can trace its origins back for millennia,” says Jean-François Charnier, the scientific director of the French agency for the development of AlUla. Along with the Kingdoms Institute close to the pre-islamic city of Dadan, he says, the galleries will “develop a narrative on topics such as the road of incense or the Arabian horse, placing the oasis at the heart of the Arab region and connecting it as a crossroad for the rest of the world”. 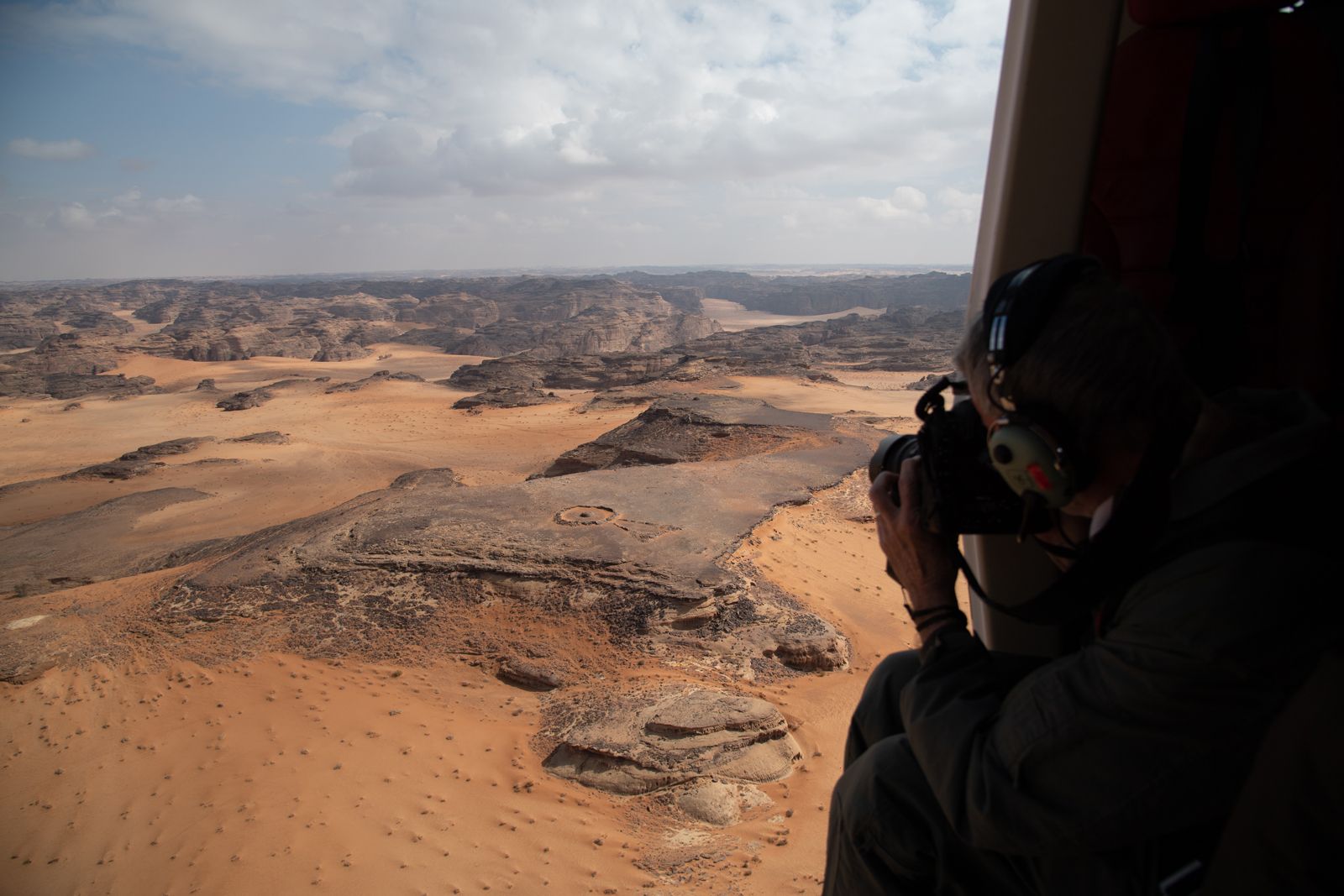 Extensive aerial surveys of AlUla, conducted by a team from the University of Western Australia, are providing a fuller picture of its rich archaeological heritage, including this tomb in Sharaan Courtesy of RCU

Around 160 scientists have already been enrolled in the project. Revilla says that the programme was partly suspended due to the Covid crisis, which prevented foreign scholars from travelling, but money was never a problem: “the budgets are there, they were always there and we can now hope to become fully operational.”

More than 15 archeological digs and research projects are on track. They mostly involve French researchers, but British, Australian and German teams are on the ground too, digging in areas that span from Dadan’s sanctuaries to the World Heritage listed Nabatean monuments of Hegra. New findings have just been published on hundreds of rectangular ruins, known as mustatils, containing animal bones; an indication that these 7,000-year-old objects were sacred monuments. An aerial survey of the 30,000 antique and historical sites in the 22,500 km2 region is being carried out.

The “Journey Through Time” masterplan is centred around the old town of AlUla and the “Cultural Oasis”, where archeological, anthropological, botanical and genetics research is being conducted on ancient architecture, agriculture and water resources. “This data could serve today’s agricultural and hydrology systems, building conservation and architecture, and help save the oasis at the core of the destination”, says Charnier, adding: “Saudi Arabia is implementing a unique project putting culture and science at the forefront of eco-tourism and human development.”