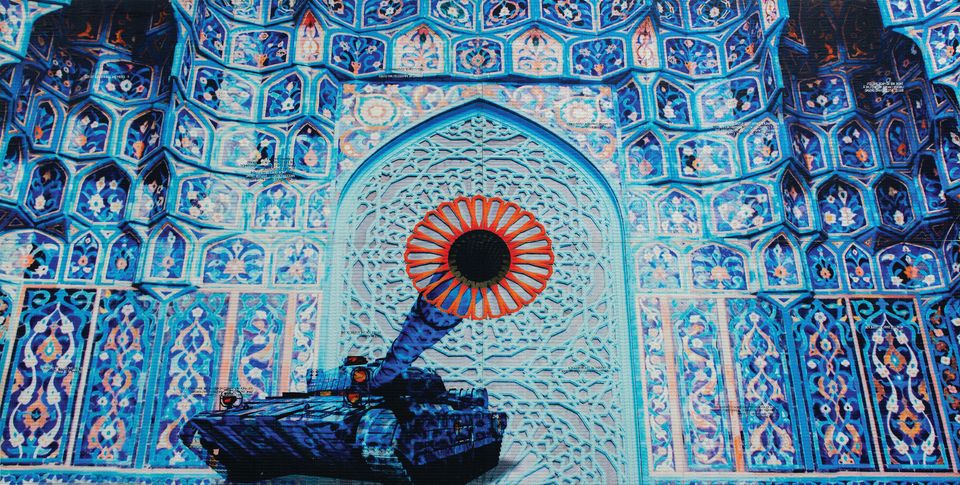 Abdulnasser Gharem’s work Camouflage (2017) is a digital print with paint on rubber and aluminium. (© Gharem Studio, photo courtesy of the artist and Edge of Arabia)