Funds donated by Alwaleed Philanthropies will support exhibitions and education, including “Multaka” project to train refugees as museum guides 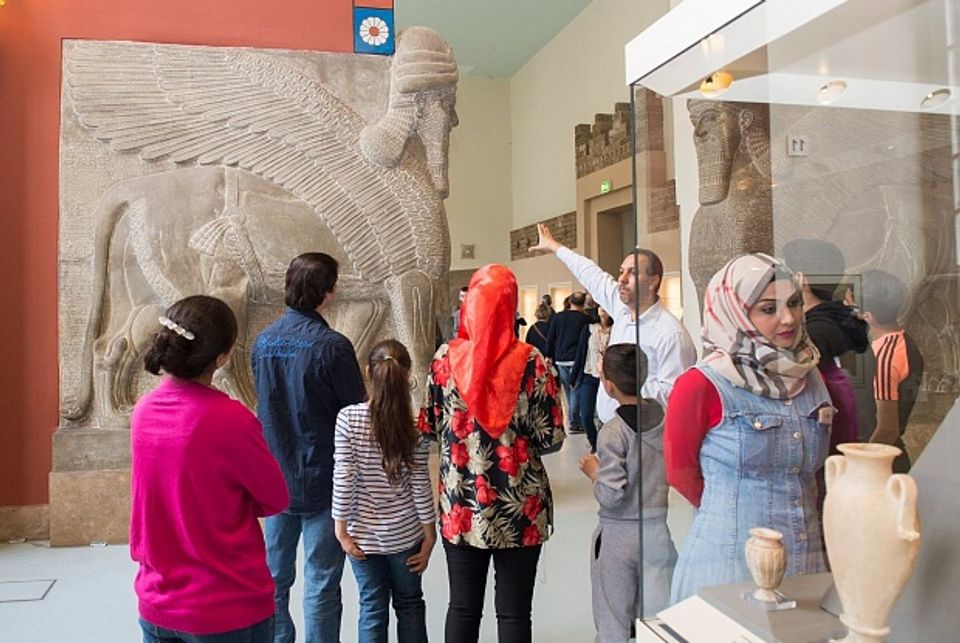 Alwaleed Philanthropies, the charitable foundation of the billionaire Saudi businessman Prince Alwaleed Bin Talal, has donated €9m to Berlin’s Museum of Islamic Art to expand cultural education, develop exhibitions and fund the permanent display of Islamic art at the Pergamon Museum after its renovation.

Among the projects the donation will fund is the “Multaka” programme, which trains Syrian and Iraqi refugees to work as museum guides for their countrymen. The funding will also “advance the development of new educational formats and further expand cultural education at schools and the museum,” according to a statement issued by the Prussian Cultural Heritage Foundation, which oversees Berlin’s museums.

“In a time of growing populist and extremist tendencies, such partnerships can help buttress open-mindedness in the way we view ourselves and others,” says Stefan Weber, the director of the Museum for Islamic Art.

Based in Riyadh, Alwaleed Philanthropies collaborates with governments and educational institutions to combat poverty, empower women and youth and create cultural understanding. The Berlin Museum of Islamic Art is housed in the Pergamon Museum, Berlin’s most frequented museum with more than 1 million visitors annually. The museum is undergoing extensive reconstruction work that is expected to end by 2026.