While some hail the reform as progressive, others question it as a PR stunt 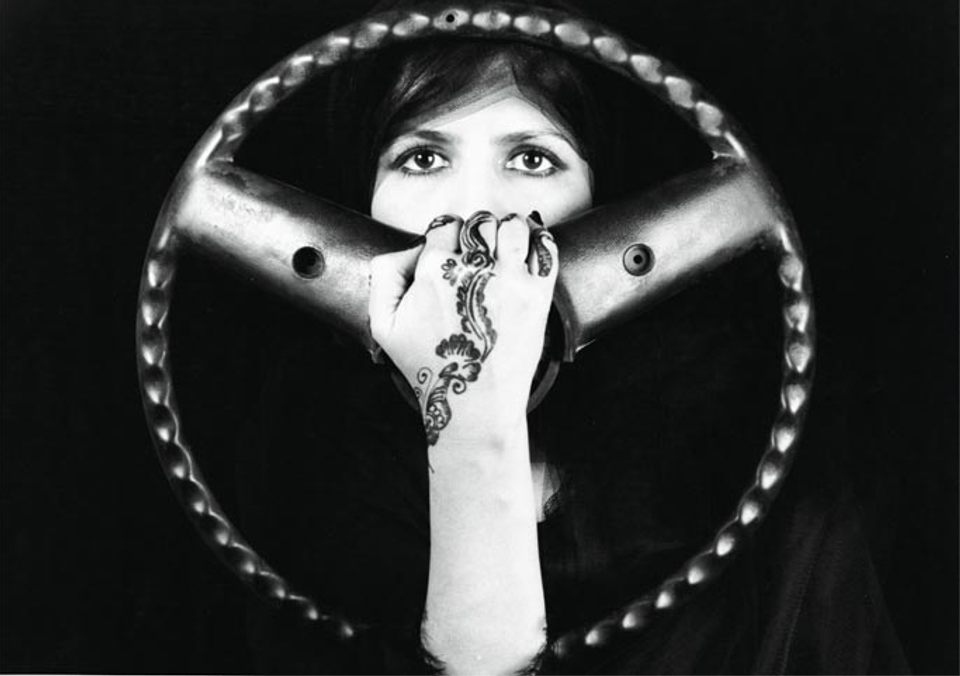 Manal AlDowayan, The Choice (2005) The artist

A royal decree allowing Saudi women to drive is a step forward for the ultra-conservative Middle Eastern state says Manal AlDowayan, a leading Saudi artist who has explored the issue in her work. The oil-rich state, one of the most oppressive worldwide, is the only nation that bans women from driving. The new law putting women behind the wheel, ordered by King Salman, is due to take effect next June.

AlDowayan has been one of the most vocal opponents of the driving ban. “This is a time of hope in a very hopeless region. Reform, change and an uncharted future—how exciting!” she adds, stressing that in her practice she will continue to address the issues that affect Saudi women.

“I have addressed the issue of women driving in my collections The Choice (2005) and Crash (2014-present). I also have a video installation entitled I Had No Wings (2015), a commission by Rolls Royce, which documents the experience of being in the backseat with all its implications physically, mentally, emotionally and politically,” she says.

Crash explores the controversial issue of female teachers who have died as passengers in car crashes across Saudi Arabia. Due to a state policy of providing schoolteachers for even the most rural villages, many women are forced to make long commutes countrywide with male drivers.

But other national cultural figures believe that the decision is a public-relations move designed to bolster the country’s beleaguered image. The artist Abdulnasser Gharem, the former lieutenant colonel in the Saudi Arabian army known for his politically engaged works, tells The Art Newspaper that “it’s just PR”.