After popping up in Vancouver, an installation of figures made from trash travels to Toronto and Quebec City 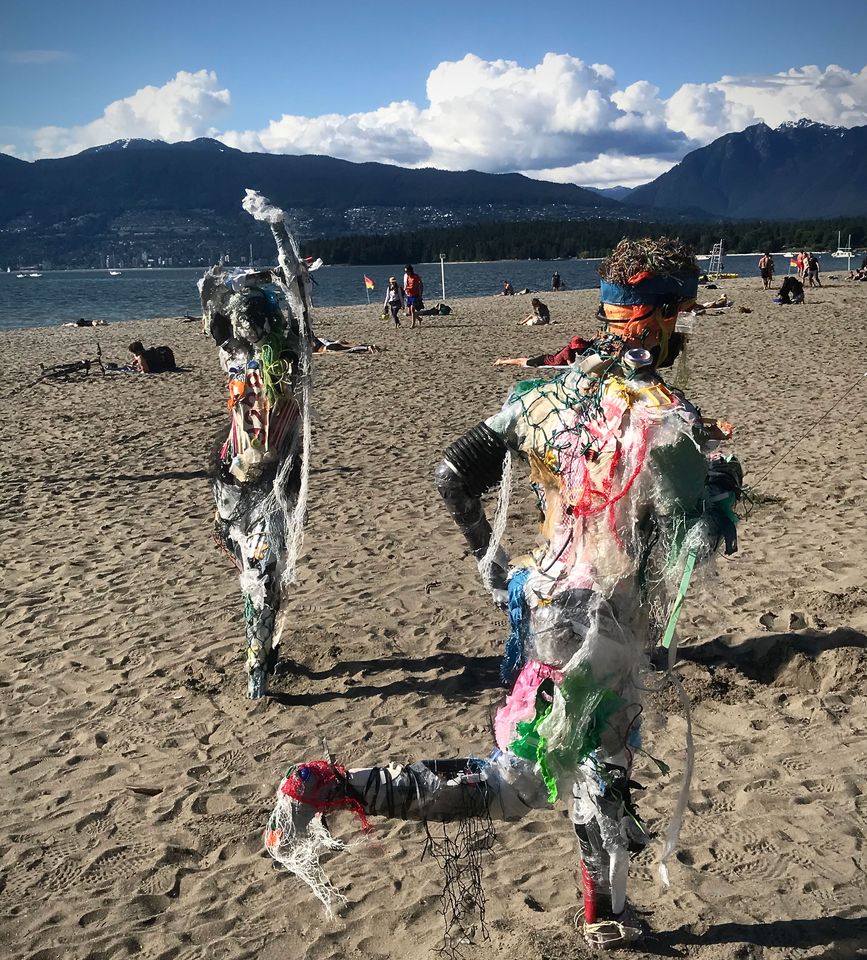 Caitlin Doherty's installation of figures made of sea trash on the beach in Kitsilano, Vancouver Photo: Hadani Ditmars

Up until World Oceans Day (8 June), a group of beach-goers could be spotted enjoying the sun and sand in the bucolic seaside neighbourhood of Kitsilano, Vancouver. A volleyball player, a paddle boarder and a jogger stood near a couple of people-watchers reclining on chairs. But on second look, the figures sported some unusual body parts: one had electrical wiring for hair, another a broken bicycle wheel for a kneecap, and one a nose made of Styrofoam.

This was no ordinary batch of beach bums, but rather a whimsical group of sculptures made of sea junk by the artist and set designer Caitlin Doherty. Part of an initiative by Ocean Wise, a Vancouver-based global conservation organisation, the works are meant to bring to life “the jarring statistic that, on average, Canadians use over 125 kilograms of plastic per person every year, which is almost twice the average body weight” according to a press release by the project’s sponsor, brewer Corona Canada. 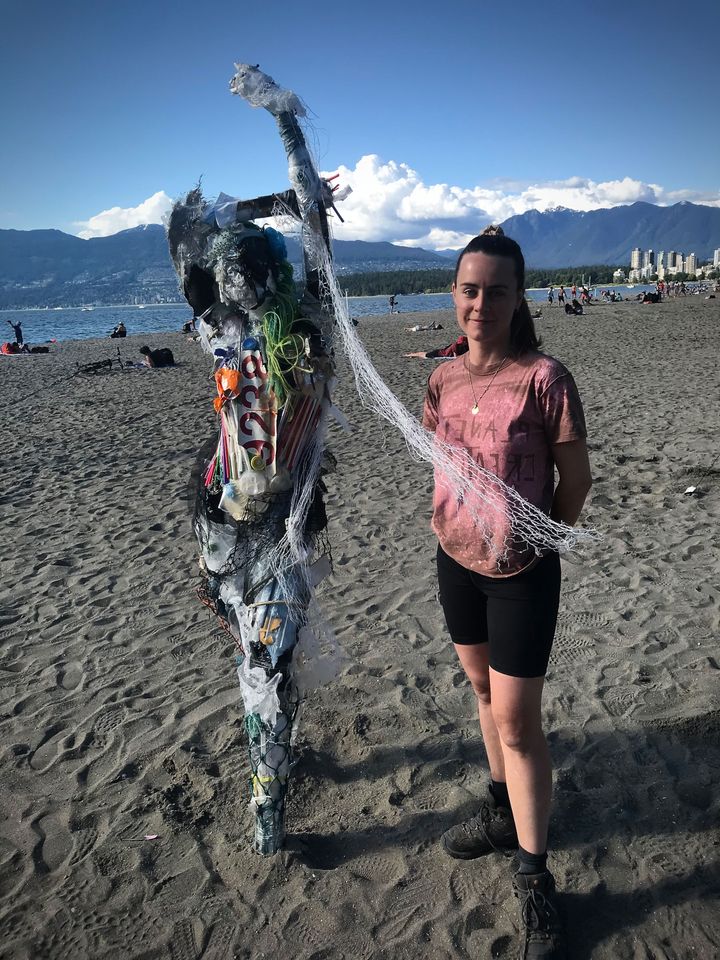 Caitlin Doherty with one of her sculptures Photo: Hadani Ditmars

While Doherty said her original idea for the project involved post-apocalyptic monstrous creatures a la Swamp Thing, the fact that so much of the scavenged sea-junk was brightly coloured gave her sculptures a more friendly demeanour. Children, she said, are especially drawn to them, and there was a strange beauty to the assembled detritus, with everything from a mid-century stove element acting as a spine for a volleyball player, to a warped asthma inhaler as a knee joint.

On the project’s final day, a gaggle of curious onlookers of all ages gathered to hang out with the trash heap humanoids and chat with Ocean Wise staff about the importance of keeping shorelines clean. Someone had even given one of the “people watchers” a rainbow-coloured sweater to keep him warm, and a volunteer beach cleaner offered some of the trash she has collected to expand the installation. Caitlin Doherty's installation of figures made of sea trash on the beach in Kitsilano, Vancouver Photo: Hadani Ditmars

In the month the artist spent beach combing herself, she noted some regional differences in trash. “On Toronto’s lakeshore,” Doherty said, “it was mainly old electrical and computer equipment. Here in Vancouver, it was largely micro-plastics.”

As the sculptures were loaded into the truck that will take them to Toronto and then on to Quebec City for pop up installations to be held over the next month, the real-life beachgoers seemed sad to see them go. Doherty says the sculptures sparked so much interest and community awareness, she wishes she could “take them on the road from coast to coast”.