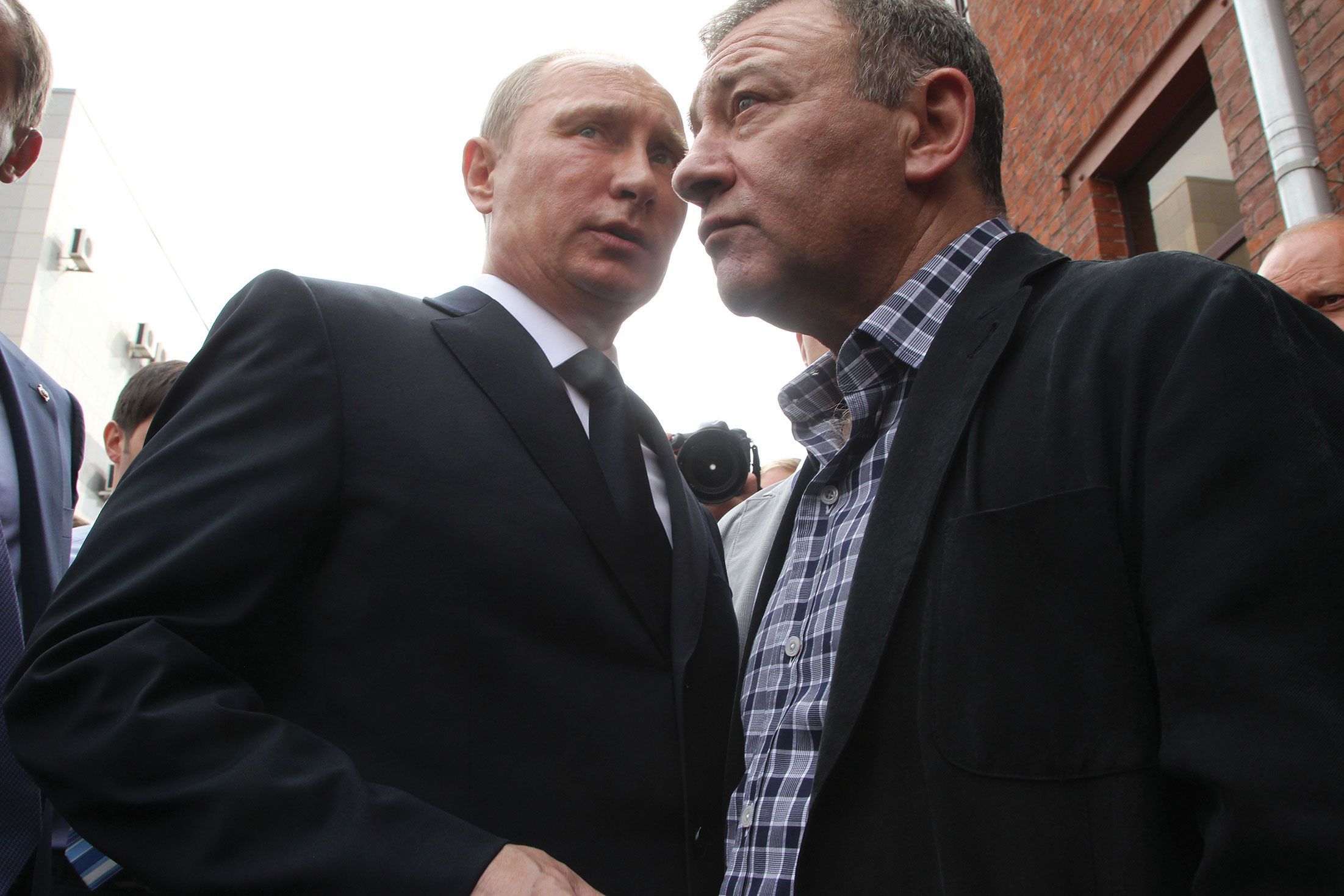 Arkady Rotenberg (right) and his brother Boris, who were named in the Senate report, are close allies of Vladmir Putin (left) Sasha Mordovets/Getty Images

A recent report by a US Senate Subcommittee declared that the international art market is “the largest, legal unregulated industry in the United States”. And as Congress returns today after its August recess, there could be renewed pressure to pass anti-money laundering legislation that has languished over the past year.

The bipartisan report, published in July, determined that within months of the US imposing sanctions on the Russian construction billionaire brothers Arkady and Boris Rotenberg in 2014, the duo illegally spent more than $18m on art in the US. Their purchases, made through shell companies, included at least $6.8m on nine works at Sotheby’s New York’s Impressionist and Modern art day sale and another $7.5m paid for René Magritte’s 1961 painting Chest, bought through a private US dealer.

These purchases, the report claims, were facilitated by the secretive nature of the art trade, which allowed the oligarchs—said to be in Russian president Vladimir Putin’s inner circle—to skirt the government’s financial restrictions. This led the subcommittee to make a series of proclamations about the prevalence of money laundering in the art market and the need for increased regulation.

More regulation, however, would require more study, experts say. The Senate report relied on the “go-to trope that the art world is full of shady dealings”, says Nicholas O’Donnell, an attorney at Sullivan & Worcester. “There are shady actors in every industry. The Rotenberg case is anecdotal evidence.”

Furthermore, anti-money laundering legislation would not have kept the Rotenbergs or their various companies from spending money. “The real issue outlined in the Senate’s study is not money laundering per se but evasion of sanctions,” explains Peter Tompa, the director of the Global Heritage Alliance and of counsel at Bailey & Ehrenberg.

The real issue is not money laundering per se but evasion of sanctions Peter Tompa, Global Heritage Alliance

Yet groups that have long advocated for increased regulation of the art and antiquities trade, namely by applying Bank Secrecy Act (BSA) ordinances on auction houses and dealers, saw the report as confirmation of a need for more stringent rules, such as the European Union’s Fifth Directive, in the US—even if all cash transactions over $10,000 must already clear Financial Crimes Enforcement Network (FinCen) checks in all US banks.

“Bad actors are exploiting the $28.3bn art market—with serious consequences for the United States and our national security,” wrote Deborah Lehr, the chairman and co-founder of the Washington, DC-based Antiquities Coalition in an opinion piece for The Hill. “The [report] and its troubling revelations make clear that a push may be needed, lest some continue to hide behind voluntary guidelines to avoid their professional responsibilities. We thus ask Congress to finish this charge.”

Last October, the House of Representatives passed the bipartisan Corporate Transparency Act of 2019 (HR 2513), which would make antiquities dealers and a very loosely defined “art trade” subject to the BSA laws, requiring them to assist the US government in detecting and preventing financial crimes. But the bill has seen little action in the Senate since then.

Nevertheless, the report by and large found that the auction houses had done the due diligence required of them to vet the Rotenbergs’ companies and, furthermore, complied with the Senate’s investigation.

“The criminal is the buyer, not the place selling the painting, whether mom-and-pop shop or Christie’s or Sotheby’s,” O’Donnell says, adding that the burden on small business to comply with the regulations suggested in the currently proposed legislation “crushes a fly with a sledgehammer”.

Tompa says there is some risk that HR 2513 might find some support as a “lame duck” bill that might pass as a rider to another bill in December, as the current administration closes its four-year term. “But it generally takes a few tries to pass something like this—and frankly Congress has bigger fish to fry in 2020.”