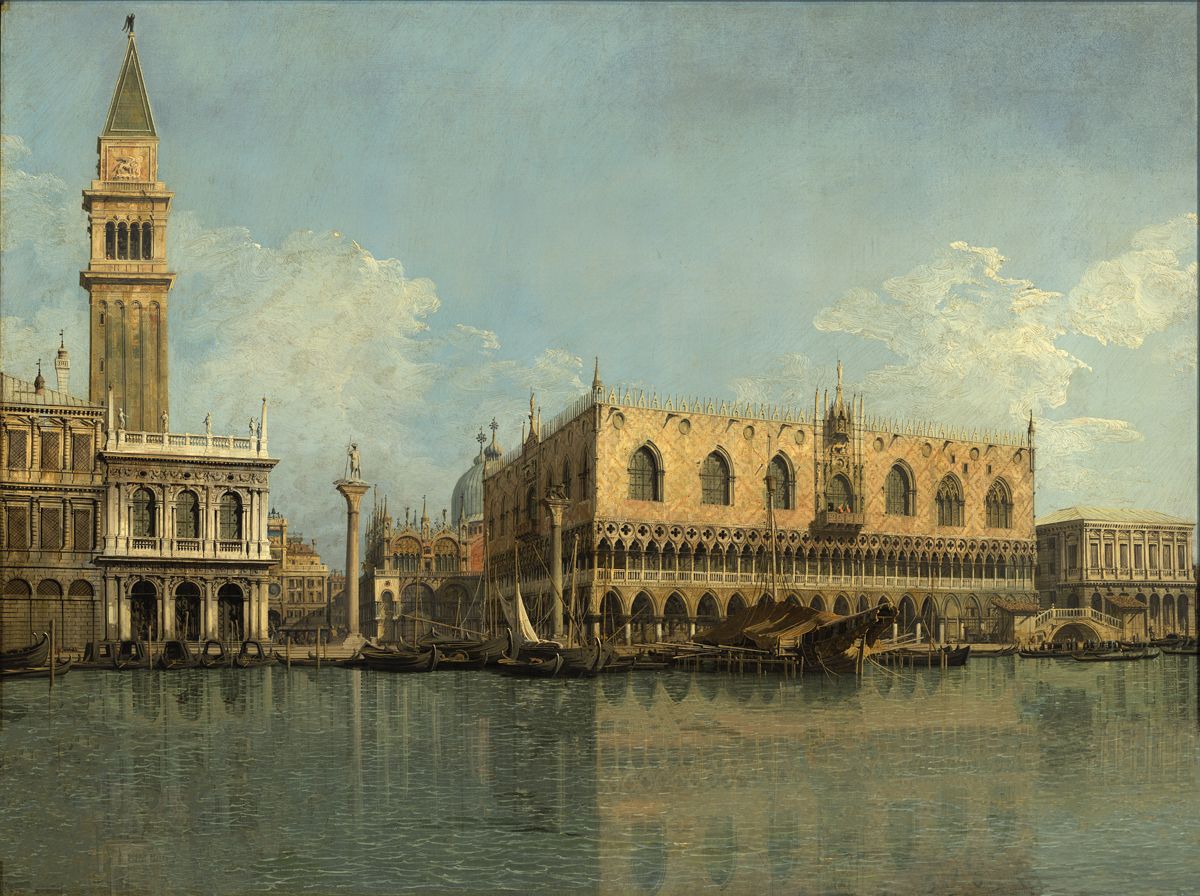 When the Spanish artist José Manuel Ballester originally decided to make his Concealed Spaces series, he never thought it would prove so prescient. The photographic series, which started to take shape more than a decade ago, reimagine what classical works of art would look like when the human figures are removed, resulting in vivid scenes emptied of their occupants. As Coronavirus swept across the globe and major cities went into lockdown, Ballester’s concept struck a sympathetic nerve with a homebound public and was widely shared online. Now, the artist is back at work, creating a new piece to help Italy’s reopened Pinacoteca de Brera with its fundraising campaign. 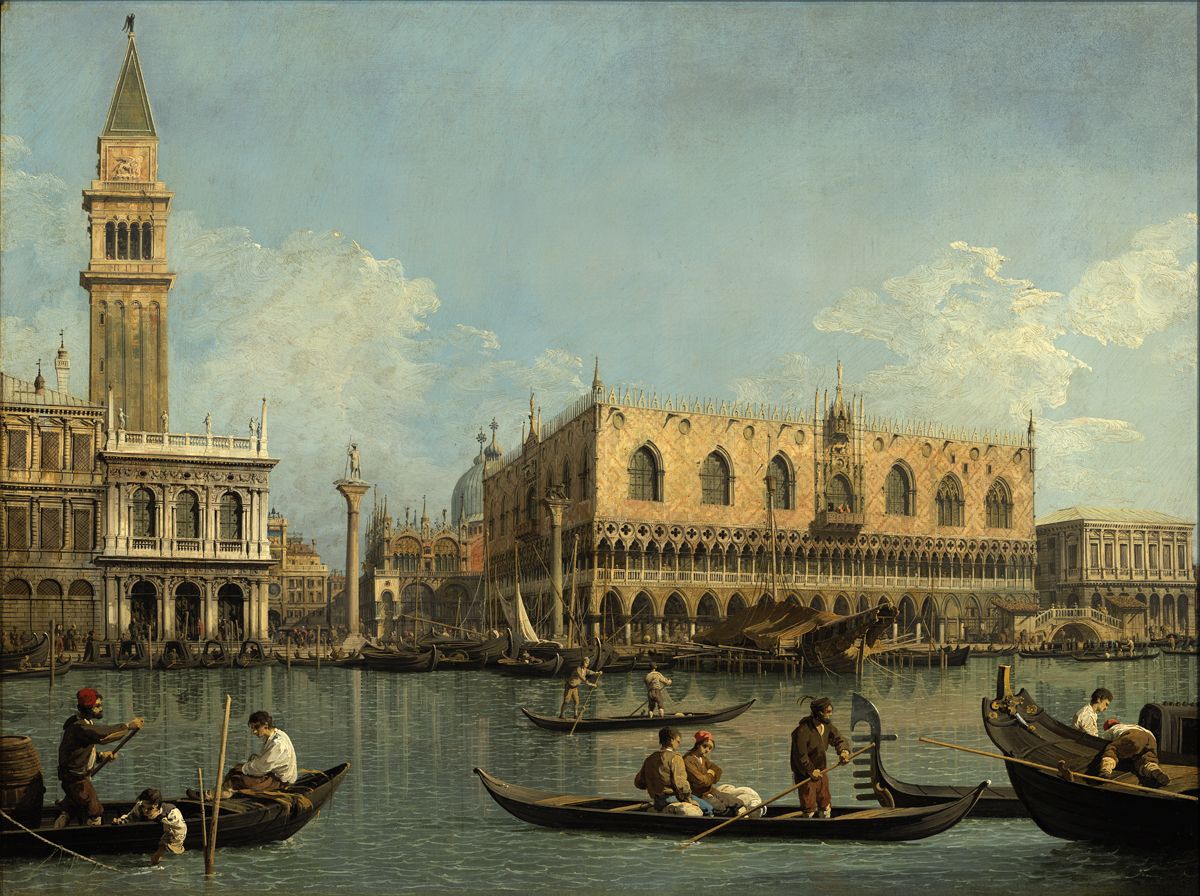 Canalleto’s View of the Basin of San Marco from the Punta della Dogana, from the collection of the Pinacoteca di Brera in Milan

The work is based on Canalleto’s View of the Basin of San Marco from the Punta della Dogana, from the collection of the Pinacoteca di Brera in Milan, and will be part of the museum’s “Donate Gold” drive. Ballester chose Canaletto’s canvas because the Old Master “depicts the world in full activity with people moving through the Venetian streets,” he says. In Ballester’s work “the people disappear until the space is left totally empty”. The piece is being created with the help of Haltadefinizione, a high-resolution photographic lab which helps manage the reproduction rights of Italian patrimony.

This is not the first time a work from Concealed Spaces series, which includes more than 50 pieces, has been used to raise awareness. Birth of Venus, a take on Botticelli’s famous canvas showing just a bare half shell, was used on social media for International Women’s Day in 2019. And a few years before that, Ballester’s eerily empty Raft of the Medusa was used to represent the plight of Middle Eastern refugees risking their lives to cross the Mediterranean and reach Europe. 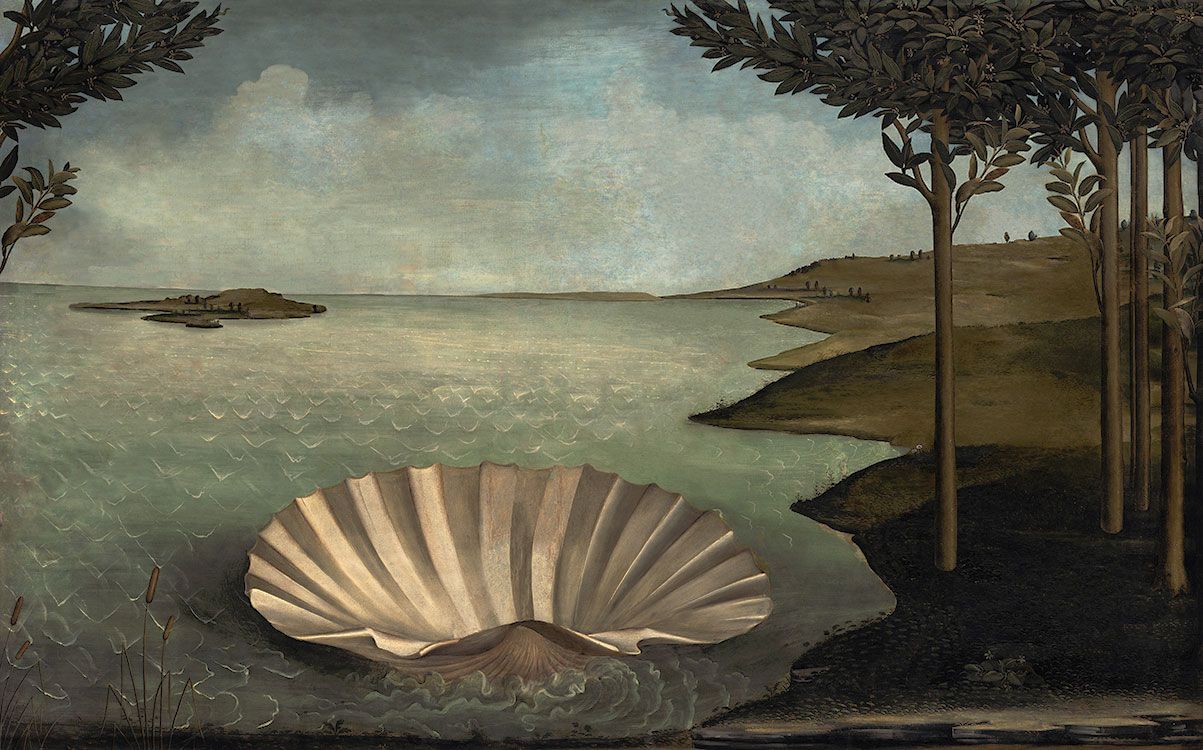 But neither time, Ballester says, were his pieces received “with the same intensity” as they have been recently. As the coronavirus pandemic struck Spain, three of his works were used by the Guggenheim Museum Bilbao to notify the public about its temporary closure and began circulating widely online. “I’m glad the works can be useful in a circumstance like the current one, although they weren’t created for that purpose,” Ballester says. “One of the virtues of this series is the versatility of interpretations.”

He also hopes the Concealed Spaces work will change people’s perspectives, “so that we can see what is hidden, what is in the background and learn to see the invisible,” Ballester says. “Just as we cannot see this virus except through its symptoms or through medical tests, art can help us visualise aspects of life that would otherwise not be possible.”